Some drier air moves in across the area and skies at least turn partly cloudy overnight. With all of the residual moisture from recent rains some areas of fog could develop. Some patchy fog could linger into the early morning hours Thursday. Thereafter we are on our way to a mix of clouds and sun with milder temperatures warming mostly into the lower 50s away from the Lake Michigan Shoreline!

Ahead for Friday a cold front will start to approach from the west. As it nears moisture will be on the increase first in the form of clouds and then eventually in the form of rain. Just a few scattered daytime showers are possible Friday, but the better chance for rain appears to be either late afternoon or evening and Friday overnight. That could include a touch of wintry mix for some of you in the far north. The way it looks right now most of this precipitation will exit very early Saturday morning and then the clouds gradually decrease. So hopefully most of Saturday ends up dry, and Sunday looks dry, too! So the weekend is not looking too shabby…

The first half of next week still looks mild but unsettled with ample opportunities for rain and perhaps a few rumbles of thunder.

As river levels continue to run high, and there are more rain chances in the future it is important to keep an eye on rising or high water levels. Currently these rivers have flood warnings: Fox, Wolf, Embarrass, Oconto, Peshtigo, and Menominee Rivers.

You can always keep our forecast handy with our free weather app. Look for the WBAY First Alert Weather App in the Apple app store and Google Play. 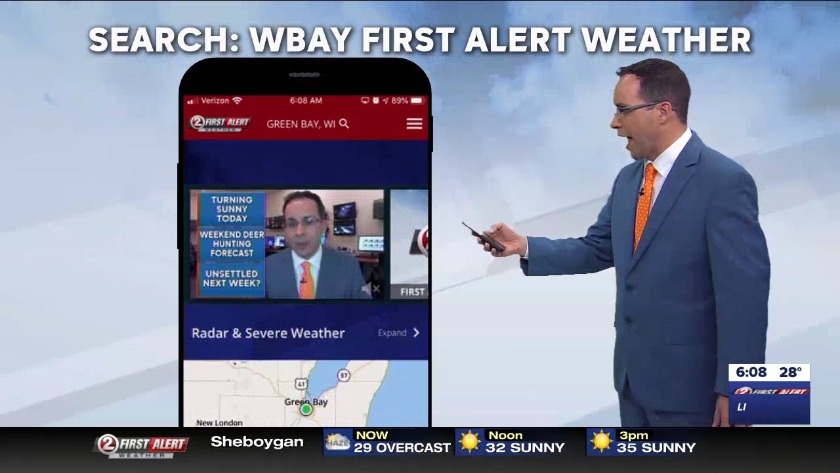 WATCH: How to use the First Alert Weather app

Updated: 03/31/2020 - Thursday, April 16, the state is helping your family and your workplace be ready for tornado season.