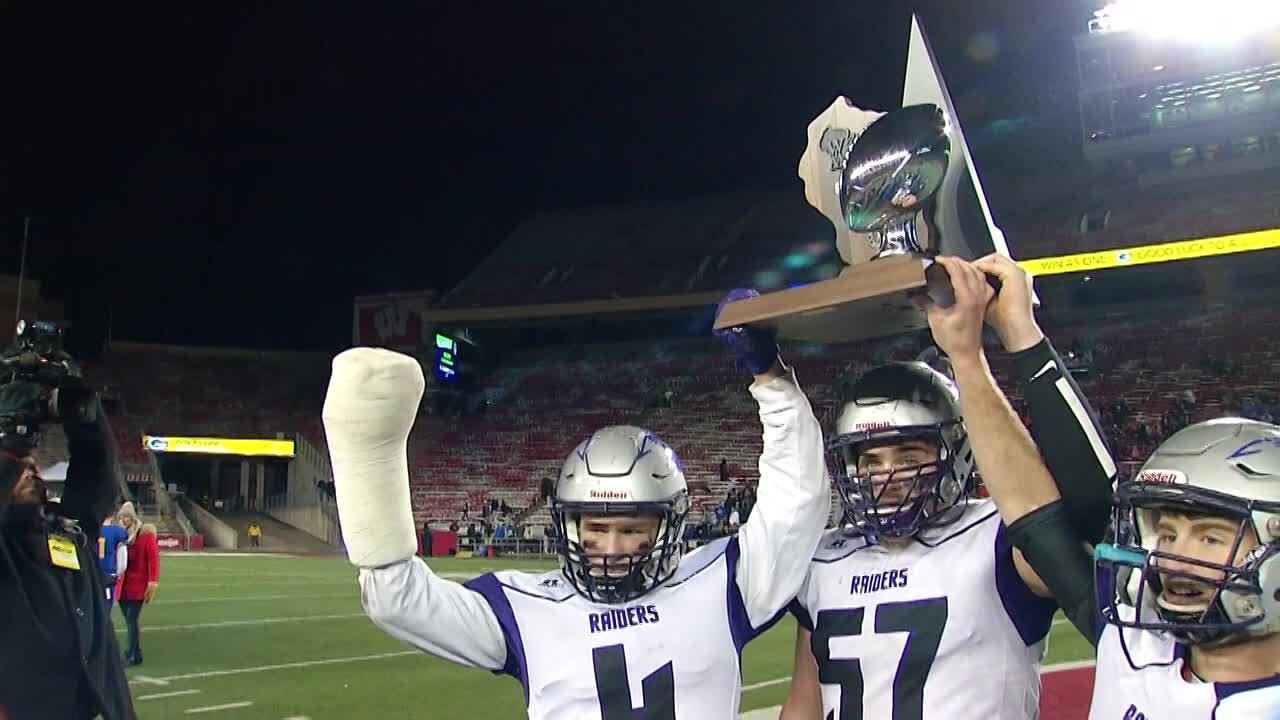 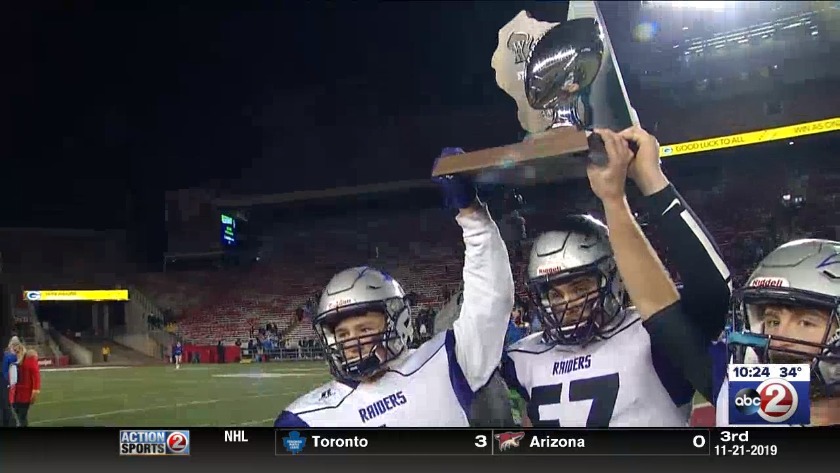 MADISON (WIAA)- Catholic Memorial (12-2) won its second straight championship and its third in the past four seasons by rolling past Kiel 35-0 in the Division 4 final at Camp Randall Stadium Thursday night.

The Crusaders controlled the game from the opening kickoff. The Crusaders outgained the Raiders 474-88 in total offense in the game.

Luke Fox connected with Joe Sikma on the first play from scrimmage for a 65-yard touchdown pass to jump out to a 7-0 lead. They increased their lead to 14-0 on their next drive on a 4-yard run by Alex Oechsner at the 7:24 mark of the first quarter.

Catholic Memorial scored twice in the second quarter to build the halftime lead to 27-0. Obacoso Allen scored on a 2-yard run, and Fox ran to pay dirt from 12 yards out.

The only score of the second half was a 23-yard scoring strike from Fox to Allen with 3:17 remaining in the third quarter to run the score to 35-0.

Fox led the Crusaders with 253 yards passing, completing 16-of 23 passes and two touchdowns, as well as 103 yards rushing with a score. Joe Sikma caught five passes for the game-high 138 yards and a touchdown. Defensively, the Crusaders were led by Sergio Carini with nine tackles, including a sack.

Mitchell Mahler was 8-for-25 passing for 51 yards for the Raiders, and Clayton Lepisto ran for a team-high 32 yards. Hunter Scharenbroch led the team in receiving with five catches for 36 yards. 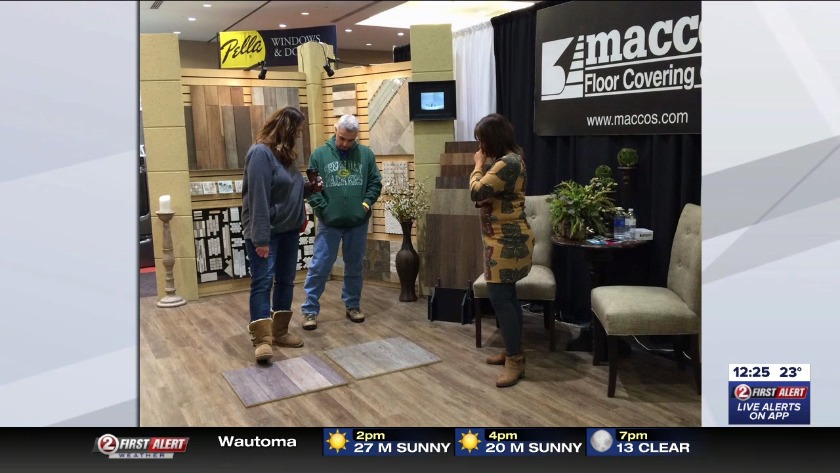 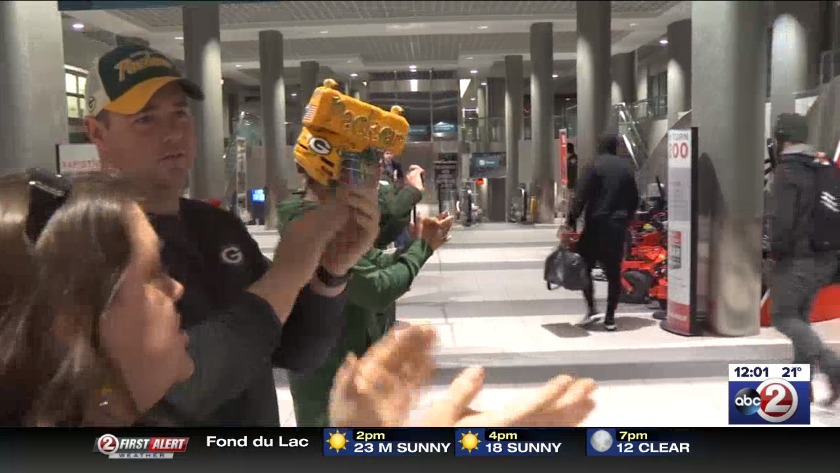