The two-time Doak Walker Award winner weighed in at 226 pounds earlier in the week, lighter than only two other running backs in Indianapolis.

Running fast is not foreign to Taylor. In high school, he won back-to-back New Jersey Meet of Champions titles in the100 meters; and was named South Jersey Times Boys Track Athlete of the Year as a junior and senior.

Taylor also handled the other combine drills well on Friday night, including showing off his receiving skills, which is the biggest question mark for Taylor, according to ESPN Draft Analyst Mel Kiper Jr. "I think Jonathan Taylor is more of that second round pick probably a first round, maybe a top 15 pick if it was 1985. He's a great runner what he has to do is work on his receiving skills and he's got to be more secure with the football. He had what 18 fumbles in his career. 15-16 lost," Kiper said. Taylor had eight fumbles as a freshman, four as a sophomore and six as a junior.
"You can't have the fumbles in the NFL. You can get away with it in college but I think certainly that's got to be shored up and that's probably why instead of being a first round pick he'll be a second round pick," Kiper said.

Taylor became the first player in college football history to rush for over 6,000 yards in 3 seasons (6,174 yards). 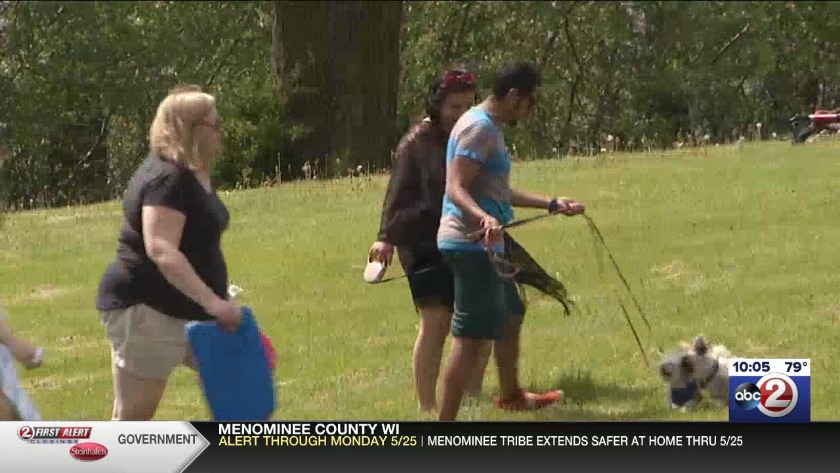 Video: First Alert Forecast: We're in for a warm night!

Video: First Alert Forecast: We're in for a warm night!