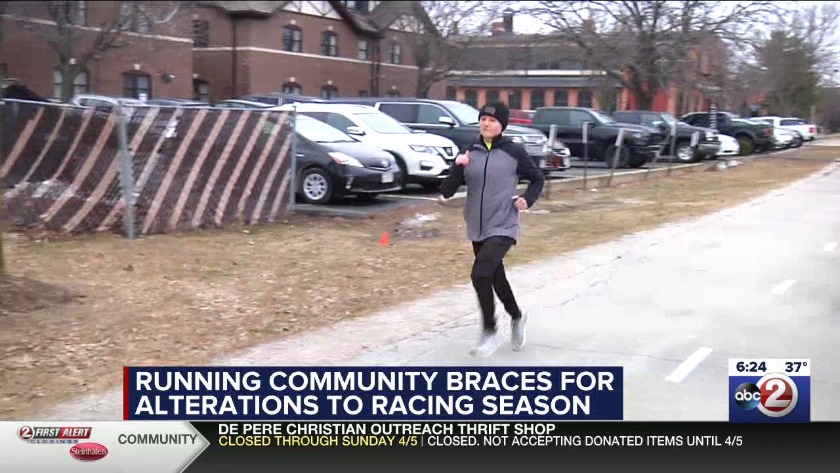 GREEN BAY, Wis. (WBAY) - The world-famous Boston Marathon has already announced it will postpone from April until September, which begs the question, what about the local races in Wisconsin?

This weekend's Dick Lytie half marathon in Green Bay has been canceled. Next month's Oshkosh half marathon will be run as a virtual event. And the big one this spring, the Cellcom Marathon, remains in flux.

But while area races are in doubt, runners will continue to run. De Pere's Alexis Briggs cherishes the physical and mental health that running provides.

"It clears my head," Briggs said. "I enjoy running. And I don't think I'll ever stop over this virus that is going around."

Briggs has always enjoyed solo runs, which she can continue to enjoy while social distancing.

Race directors never want to have to cancel an event, but they are being forced to do so thanks to the Coronavirus.

West is giving his entrants the option to run it as a virtual event, defer their entry to next year, or applt their entry fee towards another DuTriRun race. But what exactly is a virtual run?

"So a virtual event just means that people can run from anywhere," West said. "They can run at home on their treadmill. They can go for a run outside, and just submit a time."

As for now, the Cellcom Marathon, 59 days away as of Wednesday, is still on. But that could change at any minute.

The Prevea Health group traIning runs for Cellcom have been called off for now. As for postponement of the race? Or an outright cancel? Cellcom's Tammy VandenBusch told me everything is on the table at this point.

Simply postponing a race until large crowds are once again allowed to assemble is not so easy.

Race directors work months to get municipalities on board with a race date, and getting cities and towns on the same page for a different date is often impossible.

That is the challenge that could be faced by Cellcom, and by next month's Runaway to the Bay relay, which is in doubt.

Runaway Shoes owner Ross McDowell tells says that entrants to any of his company's races will be given the option to defer their entry to future races if there is a cancellation.

It has been a rough go for the racing community after both full marathons in the area were canceled last year. The Cellcom Marathon was impacted by flooding while the Fox Cities Marathon in the fall was called off for lightning.

Video: WATCH: COVID-19 versus allergies: How to tell the difference

Video: WATCH: COVID-19 versus allergies: How to tell the difference