WATCH: Woodford, Clemens to face off in Appleton mayor race 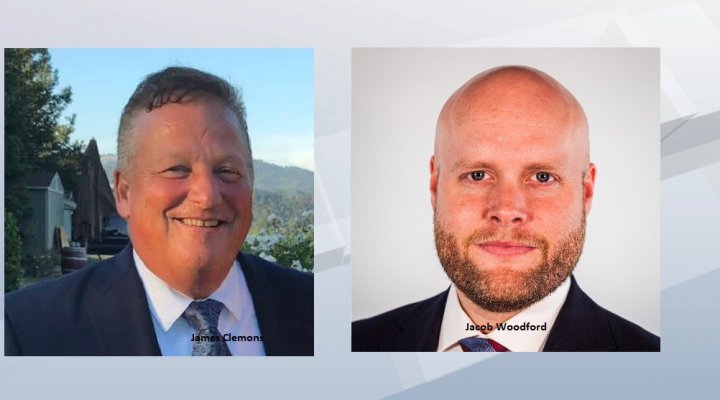 APPLETON, Wis. (WBAY) - For the first time in 24 years, Appleton will have a new mayor.

Voters decided Tuesday that Jacob Woodford and James Clemons would move on to the April 7th election.

Woodford received the most votes, followed closely by Clemons.

This was a very competitive race with eight different names on the ballot and it drew a lot of attention.

Just a few weeks ago, a huge crowd showed up for a candidates forum at the Appleton Library, where a number of people had to be turned away.

Clemons is a former city alderman and Woodford is an administrator at Lawrence University.

"I want to bring my experience, with all the things going on in the city, we really can't take a chance at this point. And I think my 20 years on council, council president, serving on all the committees, and actually being elected to an office is going to be a big help. I've been through the budget process 20 times, and everyone else hasn't even been elected to any position," said Clemons Tuesday night.

Woodford said after learning of the results, "My focus is going to be continuing to do the things that have gotten us where we are tonight. Which is, getting out into the community, listening to people, bringing the table to the people in the community by knocking on doors, attending events out in the community. And I think it's becoming evident that our community is interested in a message that talks about being a welcoming, safe and affordable community for everyone."

A mayor candidate forum is scheduled for March 12th at 7:00 p.m., and will be held at Einstein Middle School.

The full results of the mayoral primary race can be found below:

Democrats postpone national convention in Milwaukee due to coronavirus

Democrats postpone national convention in Milwaukee due to coronavirus