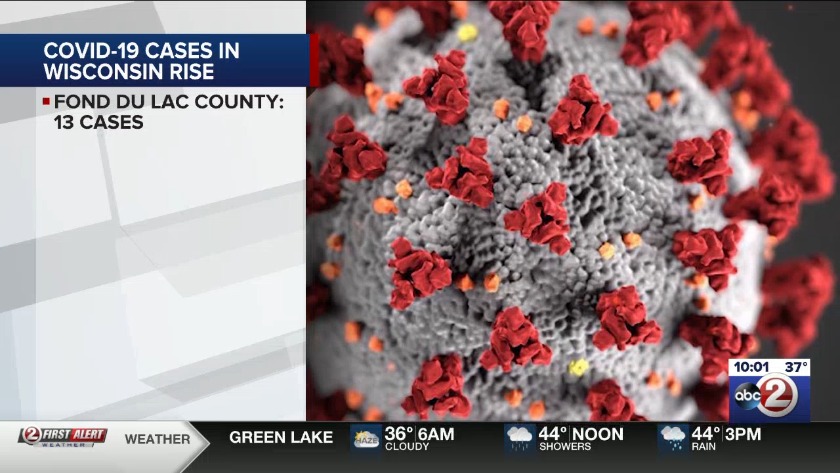 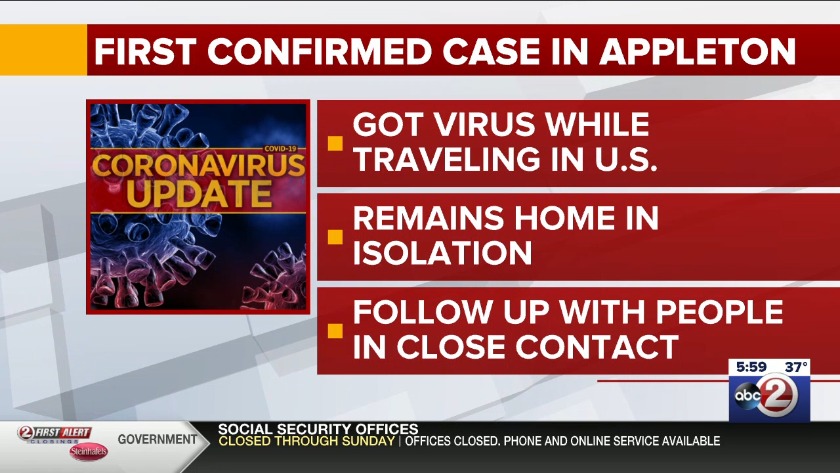 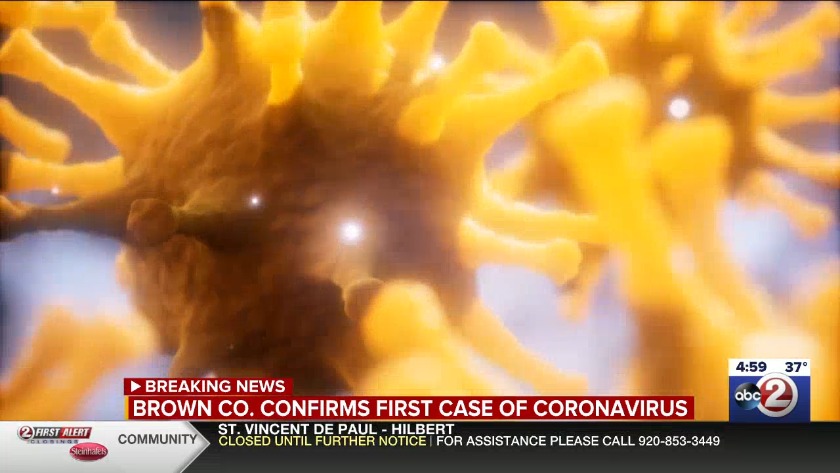 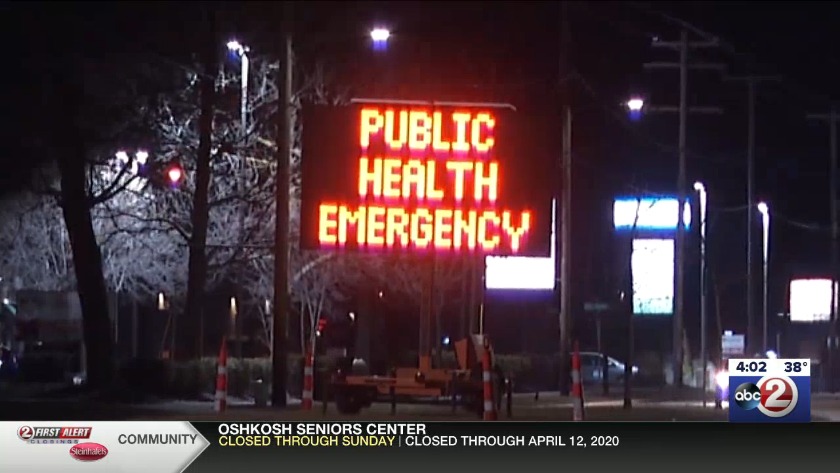 Wisconsin has more than 100 confirmed cases of coronavirus, according to numbers released Wednesday by the Department of Health Services.

The state says 1577 tests have come back negative.

Late Wednesday afternoon, Fond du Lac County officials raised their total active cases to 13, and added another person who was in isolation and was being monitored has since recovered.

Also late Wednesday, Winnebago County updated its number from three to five positive cases, saying the two new cases were linked to one of the first three cases reported.

The Winnebago County Health Department says they have 34 pending test results, and have received 28 other negative test results.

At this time, County officials say there is no current evidence of community spread.

At this time, anyone who may have had close contact with the new patients are being identified by County Health Department Staff.

In addition, the City of Appleton announced its first case, saying a person in the city has tested positive.

Appleton officials say the affected person got the virus through domestic travel to an area that was already experiencing community spread.

City officials say the person is home in isolation.

The city's health department is working to identify and follow-up with anyone who may have had close contact with the patient.

At this time, city officials are asking everyone to postpone or cancel travel to areas experiencing community spread of COVID-19, which includes both international and domestic travel to states and communities which have a high rate of transmission.

Brown County Board Supervisor Staush Gruszynski also confirmed a second case that was brought up during a Board meeting Wednesday night.

No other details regarding that case could be immediately provided to WBAY.

Wednesday afternoon, the state reported 106 cases, but those cases didn't include the patients in Brown, Ozuakee, Walworth, Winnebago and Fond du Lac Counties, as well as the City of Appleton, which were released later in the day.

The first case was confirmed on Feb. 5.

Prevea Health President/CEO Dr. Ashok Rai says initially, all Wisconsin cases could be traced to travel or exposure to people who had traveled. However, the state now has community spread. That means the patient doesn't remember interacting with someone who traveled or was at risk for contracting the virus.

CLICK HERE for our interviews with Dr. Rai on Action 2 News This Morning.

The doctor compared it to tornado warnings and tsunami warnings. A wave is coming.

"Right now the warning buoys in Wisconsin are being triggered in Dane County and Milwaukee County where we know those cases are building and building. And this will be a wave. If that wave is this week, next week or four weeks from now, that's a little harder to predict. But we'll get better at predicting it when we get more testing."

THE SPREAD AND PREVENTION

Older people and those with underlying health conditions (heart disease, diabetes, lung disease) are considered at high risk, according to the Centers for Disease Control and Prevention. People with those conditions should take the proper precautions.

COVID-19 is spread when an infected person coughs or sneezes.

"The virus is found in droplets from the throat and nose. When someone coughs or sneezes, other people near them can breathe in those droplets. The virus can also spread when someone touches an object with the virus on it. If that person touches their mouth, face, or eyes the virus can make them sick," says the Wisconsin Department of Health Services.

Symptoms include fever, cough, and shortness of breath. CLICK HERE for more information on symptoms. Emergency signs include pain and pressure in the chest, confusion and bluish lips or face.

The CDC believes symptoms may appear between two and 14 days after contact with an infected person.

DHS recommends taking these steps to help stop the spread of the virus:

Wash your hands often with soap and water for at least 20 seconds, especially before eating and after going to the bathroom, blowing your nose, coughing, or sneezing.

If you do not have soap and water, use an alcohol-based hand sanitizer with at least 60% alcohol. Always wash hands with soap and water if hands are visibly dirty.

Avoid touching your eyes, nose, and mouth with unwashed hands.
Avoid close contact with people who are sick.

Stay home when you are sick.

Cover your cough or sneeze with a tissue, then throw the tissue in the trash.

The Centers for Disease Control and Prevention is recommending everyone in the United States avoid large events and mass gatherings for at least eight weeks.

Practice social distancing by putting space between yourself and others. Continue to practice healthy habits, like washing your hands for at least 20 seconds and staying home if you’re sick, to help slow the spread of #COVID19.

Older adults appear to be twice as likely to have serious #COVID19 illness. Take everyday precautions to reduce your risk of exposure:
•Avoid close contact with people who are sick
•Wash your hands often
•Avoid touching your face, nose & eyeshttps://t.co/K8q30LYLiE pic.twitter.com/csEUNDYaNf

The virus originated in Wuhan, China. The spread started in December 2019.