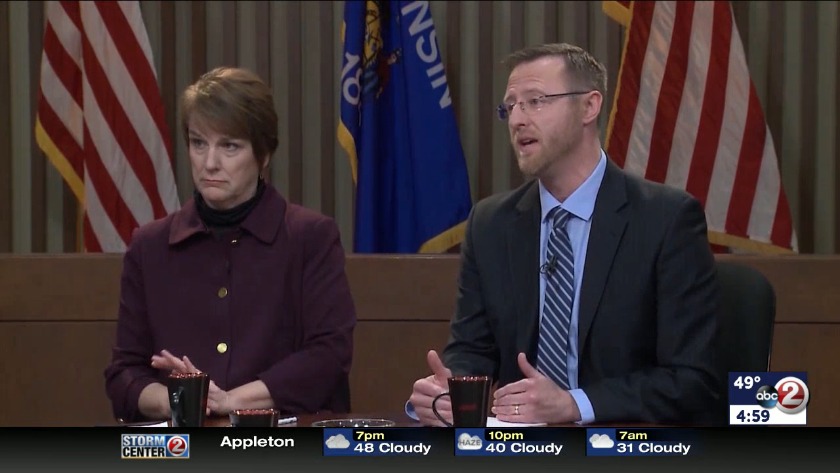 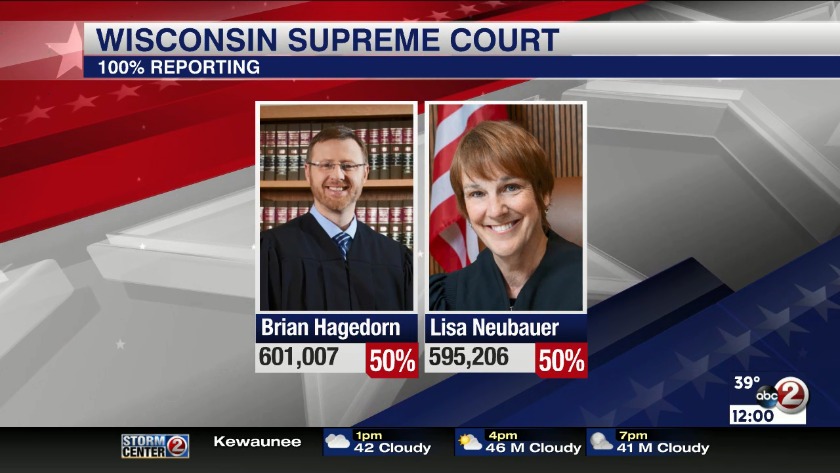 WATCH: Preparing for a recount

PEWAUKEE, Wis. (WBAY) - Judge Brian Hagedorn is confident he will be taking the oath as the state's next Supreme Court Justice, but he is also preparing for the possibility of a recount.

Hagedorn held a news conference Wednesday to discuss the outcome of the spring election.

Hagedorn's lead over Judge Lisa Neubauer is less than 6,000 votes. The Associated Press has not declared a winner. The AP says 1.2 million votes have been counted.

Hagedorn says he is confident that he will be declared the winner of the race.

"At this point it looks like the lead is quite large, and a recount would not make a whole lot of sense. If that's what Judge Neubauer wants to do, we are certainly more than ready for that," Hagedorn says.

"Judge Neubauer has not reached out to me at this point. In terms of raising money, yes, if a recount happens, absolutely we'll be prepared financial, we'll be prepared legally," Hagedorn says, "We hope that won't be necessary."

Neubauer took to Facebook Wednesday with a video plea to supporters. She said the race was "too close to call."

"We need to make sure that every last vote is counted, and that's going to take a little time," Neubauer said.

Counties have until April 12 to hand over certified results to the Wisconsin Elections Commission. Neubauer will have three days after all results are certified to ask for a recount.

If Hagedorn is declared winner, the court's conservative majority will be 5-2. Both candidates denied running partisan races, but outside spending came from conservative and liberal groups.

The victor will take over for Justice Shirley S. Abrahamson who decided not to seek re-election.

State Rep. Ron Tusler (R-Harrison) is the Chairman of the Assembly Campaigns and Elections Committee. He says races in which the difference in votes is more than 0.25 percent of the total votes cast means the "aggrieved party" must pay for the recount. Anything under that threshold is funded by taxpayers.

“As was seen in the 2016 Presidential Recount and 2011 State Supreme Court Race, Wisconsin is already extremely accurate in its election results,” Rep. Tusler said. “The recount reforms I instituted last session have worked. Governor Walker fell outside of the one percent threshold, Attorney General Schimel did not, but decided to decline petitioning for a recount. Here again, the one percent threshold is more than fair and will give Judge Neubauer the opportunity for a recount if she wishes."