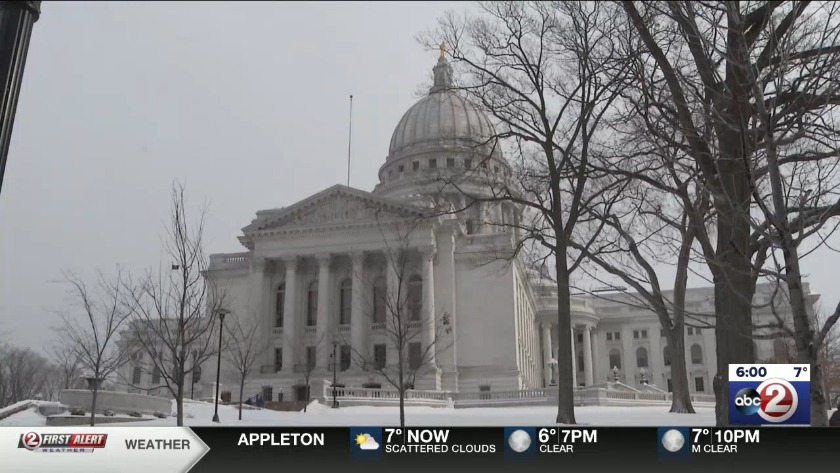 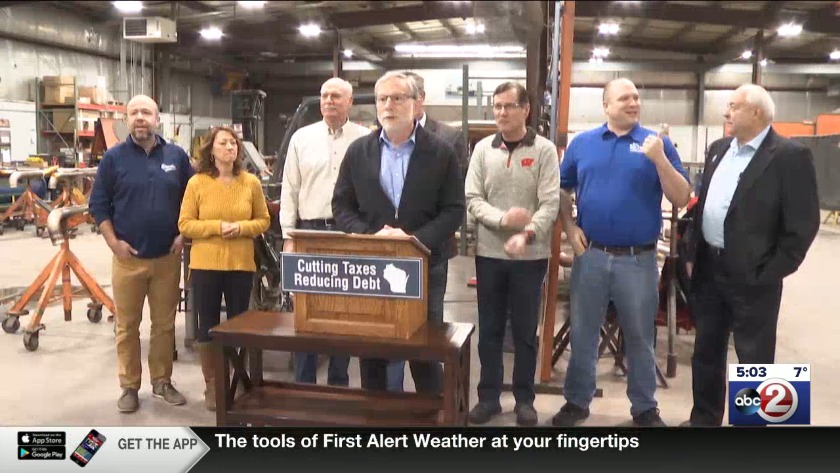 KAUKAUNA, Wis. (WBAY) - The state GOP announced a $400 million tax cut package Friday. In total, Assembly Republicans believe it will save the average taxpayer about $105.

"Our tax burden is now the lowest in Wisconsin in the last 50 years,” said Rep. Mike Rohrkaste (R – Neenah).

Rohrkaste and other Assembly Republicans announced their tax cut plan during a press conference at Team Industries in Kaukauna on Friday.

The plan includes a $250 million middle-income tax cut, a reduction in property taxes paid by businesses by about $45 million, and would cut state debt by $100 million.

"We're also going to be able to maintain our rainy day fund or increase it to $950 million,” said Rohrkaste. “This is after doing these tax cuts."

Republicans believe the cuts will impact about two million taxpayers, and Wisconsin businesses.

"We could do things like what we're doing right now, we're making some major expansions as a result of some of these tax breaks and some of the tax reforms that have taken place,” said Tim Monday, a Vice President with TEAM Industries.

Rohrkaste says Wisconsin’s current economy is part of these reason their proposed cuts could work.

Some Democrats aren't entirely opposed to the plan.

"I think there are some good things in here. I think there's certainly some points of common ground that Democrats and Republicans can work together on here,” said Amanda Stuck (D – Appleton).

But a seemingly common contention many Democrats have is the lack of compromise with Gov. Tony Evers’s education spending plan, which included a reduction in property taxes.

The governor's office released this statement:

“The governor's education plan provides an opportunity for Assembly Republicans to deliver on their promise to get to two-thirds funding for our schools before they take an eight-month vacation while still providing $130 million to help reduce property taxes across our state. Unfortunately, Assembly Republicans made it clear today that they would rather break their promise to the people of our state than work together on funding our schools and reducing property taxes in Wisconsin.”

Stuck agrees education funding should be a priority.

"I would say education is our number one investment and the truth is, under Walker, education took hits for so long that we aren't even back up where we need to be. So I would say we're definitely due for an increased investment in education, and that truly will impact everything else in terms of our economy,” said Stuck. "I do have concerns about them [Assembly Republicans] playing politics with not looking at what the governor put forward and finding ways to work together instead of just putting out their own proposal. I think there are a lot of things we could've worked on together looking at what they proposed."

“This is a chance to put more economic power into hard-working families’ paychecks every week. Not that putting it into education would be a bad thing, because that helps our economy as well, but let’s do it in the budget cycle,” said Rohrkaste. "That’s the best place to identify where the most pertinent needs are going to be.”

The Associated Press reports Assembly Republicans are using part of the states projected $620 million surplus to pay for the tax cuts.

The proposal will be put to a vote next week.

What's dead, and what's likely to become law in Wisconsin

What's dead, and what's likely to become law in Wisconsin