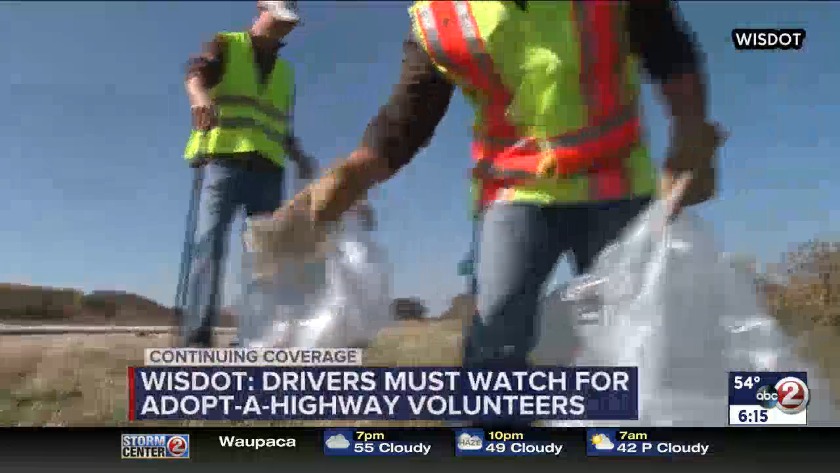 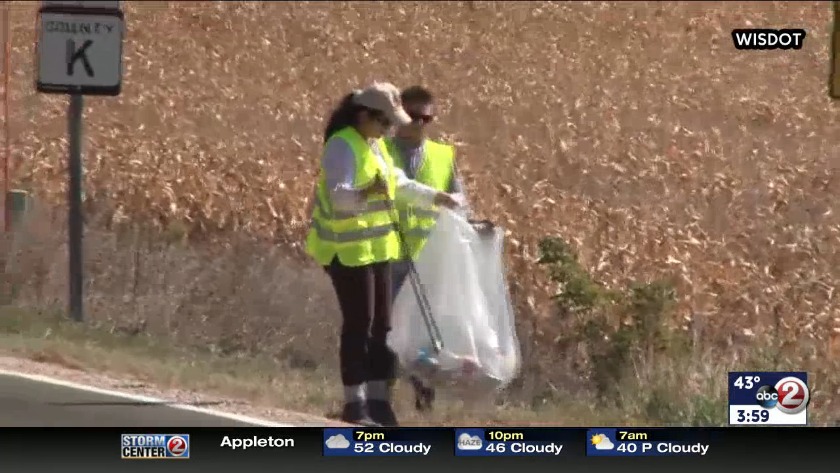 ASHWAUBENON, Wis. The Wisconsin Department of Transportation says the recently-melted snow is uncovering a litany of litter along the sides of the road.

With Adopt-A-Highway volunteer crews out picking up the trash, authorities are asking drivers to keep an eye out for them working so close to traffic.

Trash can be found along nearly all of Wisconsin’s 12,000 miles of roadways, but the Adopt-A-Highway program aims to help clean almost 8,000 or two-thirds of those miles.

"Not only do these Adopt-A-Highway crews provide a vital service of you know making Wisconsin beautiful by getting rid of that ugly trash, but it’s also making driving safer by taking away items on the road that will distract drivers attention," said Mark Kantola, WisDOT Northeast Region Communications Manager.

Six-person volunteer crews with people as young as 11-years-old are picking up trash near fast-moving traffic. The age requirement is shocking some drivers in the area.

"I don't think they belong out there because their parents can't be on top of it. You know, it's a great gesture but that's no place for younger kids," said Bill Gerloff of Green Bay.

Adopt-A-Highway crews are provided with safety vests, 'people working' signs and trash pickup supplies, but some people say those signs aren't enough to alert drivers on the highway. Kantola says the reason cones aren’t provided is because it's actually safer to have less signs to pick up and move around.

Gerloff says enforcement should be heightened.

"I think more enforcement would help just to slow people down. The signs don't do it, people don't take time, because they're too busy with their own things,” adds Gerloff.

Each crew covers two-miles at various times with a sign placed on either end of the adopted highway section. Kantola says remember to remain alert while driving, with both hands on the wheel and two eyes on the road. He says just one look at the cellphone can have devastating effects.

Adopt-A-Highway crews will be out until November 1st.