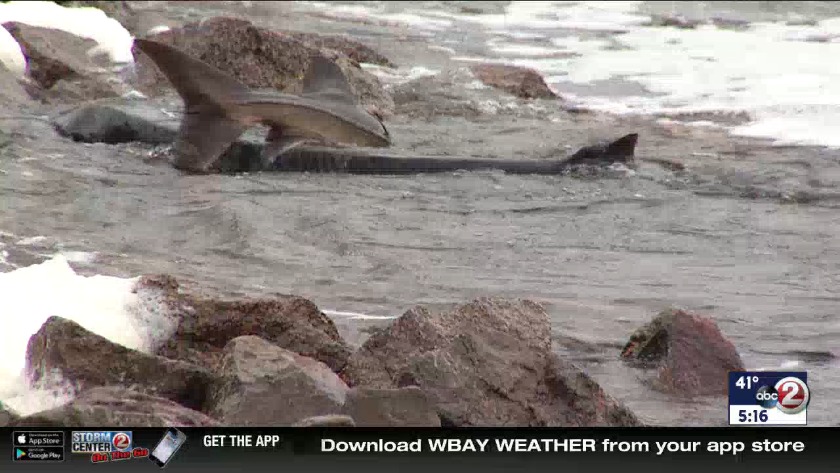 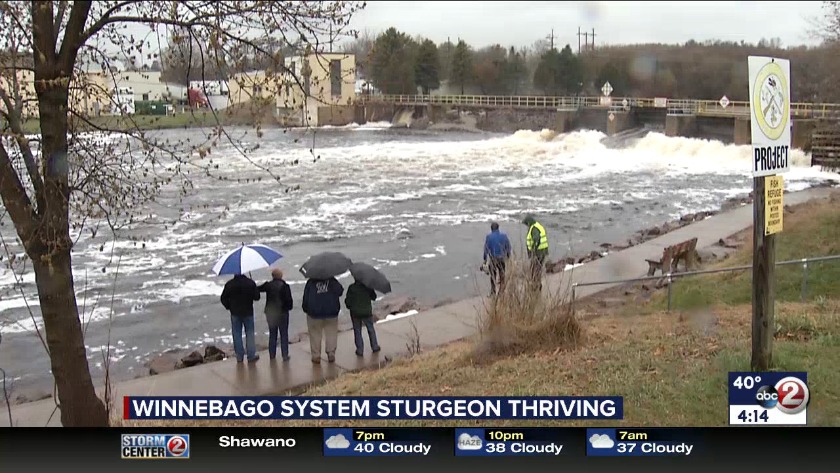 SHAWANO, Wis. (WBAY) - The spring spectacle on the Wolf River is coming to a close, but not before the spawning sturgeon provide fish biologists with a glowing report on their health.

At the Shawano Dam Monday, it was worth the warm jackets and umbrellas spectators donned to catch one more glimpse.

"Today there's still some fish here, but they're kind of milling around. There's some light spawning taking place, there may be some visible fish here for maybe another day, but the real big push is over," says Ryan Koenigs, DNR Winnebago System sturgeon biologist.

And once the sturgeon spawn, it doesn't take long for them to get home.

"We've seen fish go from here at Shawano all the way down to Lake Winnebago, 125 miles, in 2 days," says Koenigs.

Over the past eight days, DNR biologists handled more than 1,200 sturgeon, taking measurements and collecting eggs.

Some of those eggs are headed for hatcheries supporting lake sturgeon rehabilitation programs around the country.

"We benefit from having this outstanding resource gem in our backyard, and we take pride in the fact that we're able to help out some of these other restoration programs, directly providing fish for them to be able to stock out, but just also with the knowledge we've been able to acquire and the research we've been able to do on this population," says Koenigs.

A population, Koenigs says, is thriving like no one alive today has ever seen.