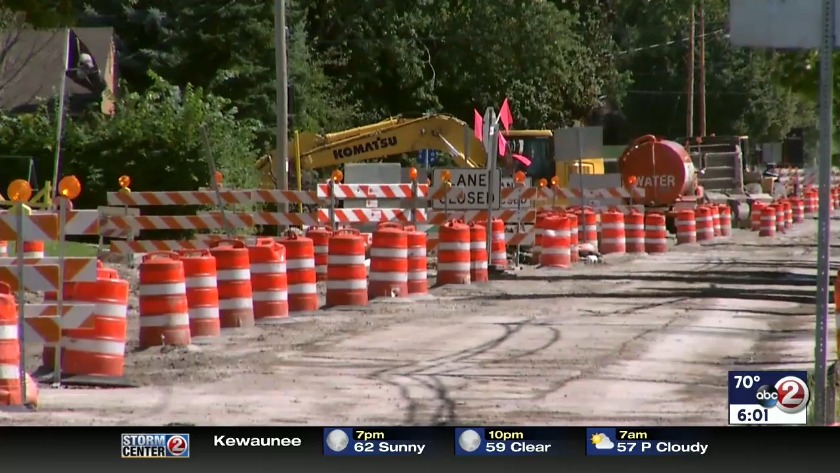 TARGET 2: $46 million for roads is missing 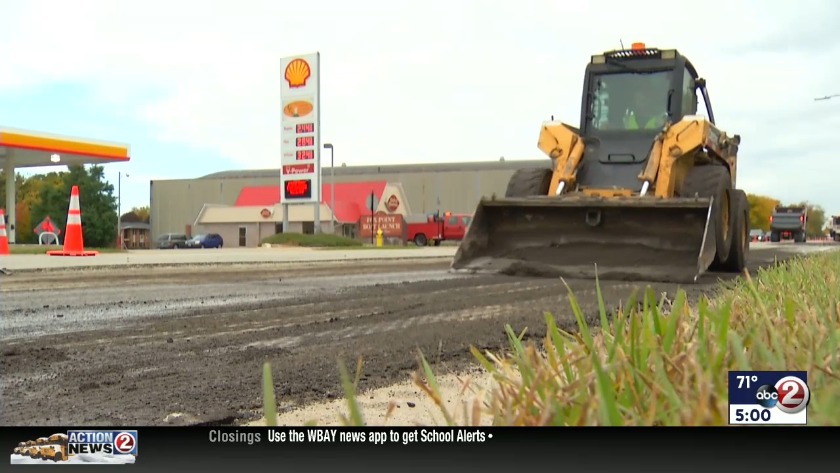 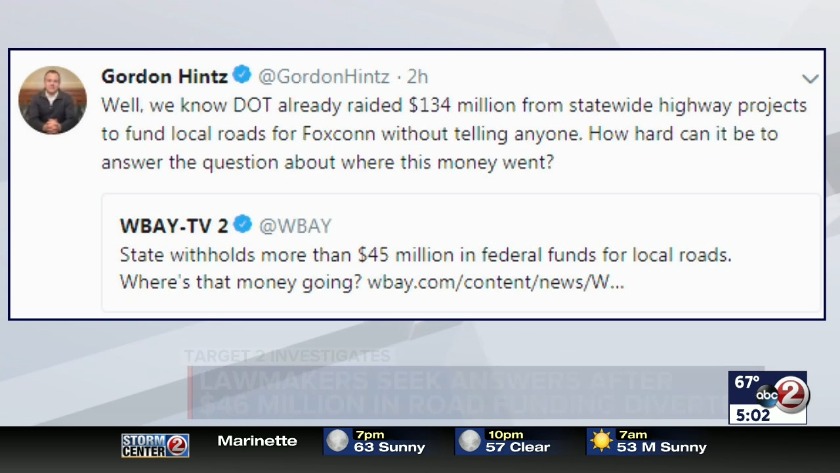 NORTHEAST WISCONSIN (WBAY) - Millions of dollars in federal funds are being withheld from local municipalities by the Wisconsin Department of Transportation, Target 2 Investigates has learned.

Both Appleton and Green Bay are losing out on more than $3 million in funds. These municipalities don't know where that money has been diverted.

"Where is the money going? We have no idea," says Steve Grenier,
Green Bay Public Works Director.

Steve Grenier serves as the Vice President of Brown County's MPO Policy Board.

"That's federal money that comes down from Federal Highway Administration, filters through the Wisconsin Department of Transportation and then comes to local programs," Grenier says.

A five-year funding program has been reduced to a four-year program.

MPOs across the state are missing one year of federal funding. It was money they were depending on for upcoming projects.

"Essentially what it boils down to, the way it's been explained to us, there's one year's of STBG funding that is no longer available to MPOs," Grenier says. "So if the numbers I've seen are accurate on a statewide basis, that comes out to about $45 million. And right now, you, no one knows where that $45 million is going? That is correct."

The reduction in funding is forcing these planning organizations to use local funds on certain projects, including the Gray Street reconstruction in Green Bay.

"There was a full reconstruct of Gray Street between Dousman and Velp. The project will go forward. The federal funding that was coming in for it has been removed," Grenier says.

Target 2 Investigates reached out to the DOT for answers. The organization says they are working on a response.

State Sen. Robert Cowles (R-District 2) says he plans to look into the diversion of money.

"Anytime my corner of the state, Northeast Wisconsin, doesn't get its fair share, I am concerned and want to investigate this and come up with an answer," Cowles says. "I want to find out as soon as possible and hopefully clear this up."

Following the Target 2 Investigates report, two local democratic lawmakers called on the DOT to explain the whereabouts of the missing funds.

“Our local governments in northeast Wisconsin rely on the Department of Transportation to efficiently and fairly administer these vital Federal funds.

Mismanagement by Governor Walker and legislative Republicans has led to delayed road projects, the diversion of over $150 million in state transportation funding to Foxconn, and now it has resulted in the disappearance of $46 million in federal funds for local communities.” - Sen. Caleb Frostman

“Due to their inability to find a long-term funding solution for Wisconsin’s aging transportation infrastructure and the diversion of millions of dollars to Foxconn in southeast Wisconsin, the Governor and Legislative Republicans have created a crisis for local roads.

This unprecedented diversion removes over $3 million from both Appleton and Green Bay’s budgets for designated transportation projects. This action by the DOT is adding more strain to communities that are grappling with crumbling roads and bridges.

Governor Walker’s and the Republicans have had total control of state government since 2011. All that time their playbook has been to cut funding to local communities and schools and forcing them to make up for the lost state funding. The results are terrible roads, dangerous bridges and schools so badly underfunded that local residents have voted to raise their own property taxes just to keep the lights on,” Hansen said. “It’s gotten so bad that now they can’t even tell us what they did with $46 million.” - State Sen. Dave Hansen.