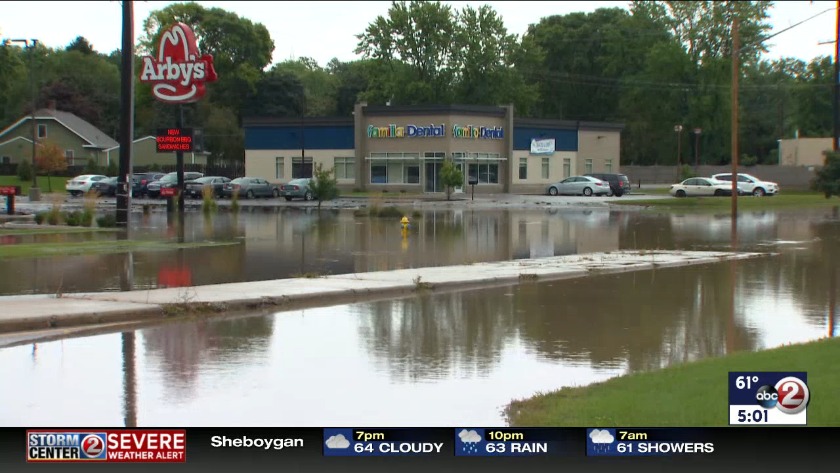 WATCH: Businesses evacuated due to flooding 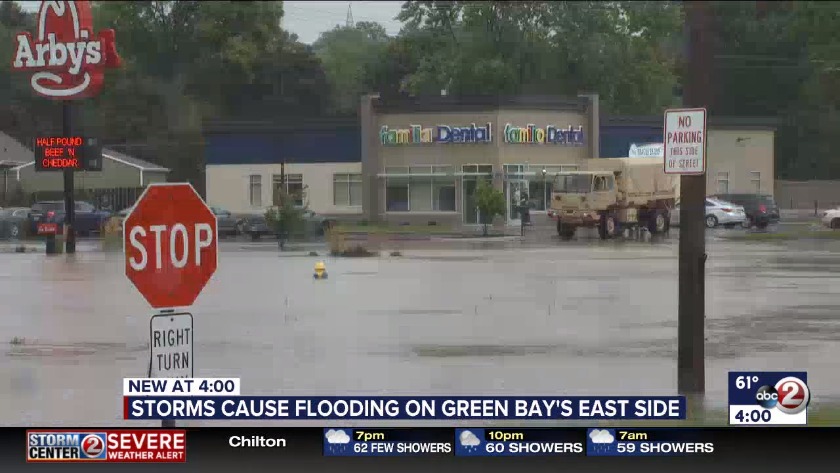 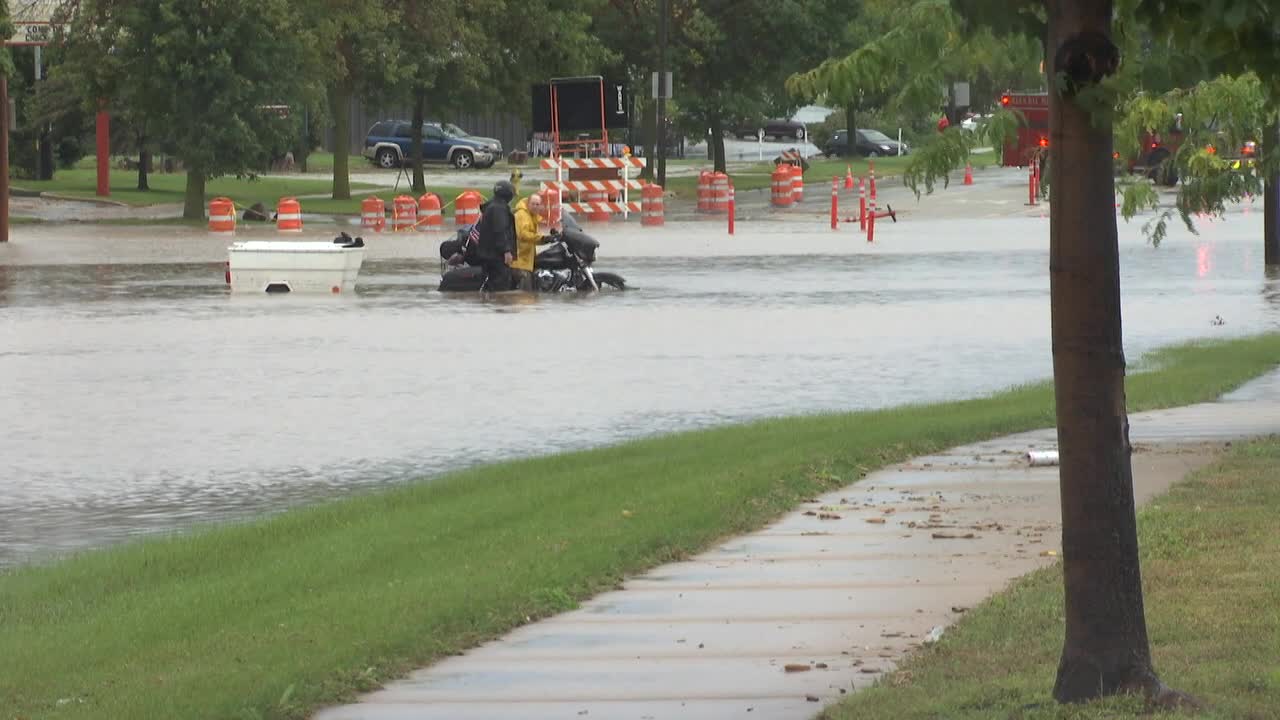 NORTHEAST WISCONSIN (WBAY) - Brown County Emergency Management is asking people living in the GV/Monroe area to evacuate due to flooding from heavy rains.

The evacuation area is GV/Monroe south of Hoffman and north of Dickinson.

"We do not want you to get trapped in your homes," reads a statement from Emergency Management.

Emergency Management set up an emergency operations center to deal with the flooding.

The City of Green Bay has issued a Flooding Alert.

"Residents who live in flood-prone areas are advised to take precautions by closely monitoring the situation and being prepared to leave the area if necessary," reads the alert.

The city says flooding is stressing the sanitary sewer pipes. They're asking people to avoid using washing machines and dishwashers at this "critical time."

"NEW Water is requesting that if possible, please hold off using these appliances until the rain subsides. This should help give the pipes some much-needed relief," reads the Flooding Alert.

The city says residents should evacuate if their homes are filling with water or if water is touching a furnace or electrical system.

"It was awful. The water went up to almost the parking lot," Amanda Acuna said. She was in her car when we spoke to her, but earlier she was in an evacuation truck.

"I went to my appointment, and when I got out it was just completely flooded," she said.

"It only takes 12 inches of water to float a small car, small SUV, and 18 inches to float a truck," Shauna Walesh with the Green Bay Metro Fire Department said. "Unfortunately, we've had people stranded in their vehicles trying to drive through flooded waters, which, again, we try to tell people not to."

On Wednesday, NEW Water received three pallets of sandbags that will be used at lift stations and areas that flooded last March. This includes the East River lift station.

The situation was not as serious as the floods that devastated the East River area in March. However, it's another reminder that the east side is prone to this kind of flash flooding.

"I think it's terrible. I feel sorry for the people who live there. It's just worst. They gotta do something about it. They gotta figure out a way for it not to flood anymore," Theresa Staudenmaier, who lives on Green Bay's east side, said.

The waters have receded since Wednesday morning, but the dirt and debris that floated in the water was deposited in business' parking lots, leaving them with additional cleanup.

Have photos or video of the storm? Share them with us here: https://www.wbay.com/ugc

StormCenter 2 says we'll get more rain, but the severe weather threat should stay to the south of WBAY's viewing area.

North winds pushing water down the bay cause water levels to rise on the Fox River and East River in Green Bay. Police say people should avoid boat launches and river banks.

Drivers need to avoid standing water in the roadway and plan alternate routes if possible. Remember the phrase "turn around, don't drown."

The National Weather Service says it takes six inches of flowing water to sweep a person off his or her feet.

@AishaLMorales is on scene as county workers put together sandbags for preventative measures w/ more rain in the forecast. pic.twitter.com/LZqtyBWodE

Almost every Green Bay suburb has reported 10+ areas of concern of impassable roads due to flooding. Please do not drive through the flooded areas marked properly or otherwise. There are enough alternate routes.

FLOODING IN GREEN BAY: People who had to evacuate from businesses on Lime Kiln Road have been escorted to their cars BUT take a look at this flooding on E Mason & John St the whole intersection is underwater. @WBAY pic.twitter.com/XgvKe3glwy

HAPPENING NOW: Businesses on Lime Kiln Road are being evacuated because of flooding. Here’s a look at some of the flooding. @WBAY pic.twitter.com/ClCNlDK8qD

There's several flash flood warnings issued by the National Weather Service. There is no where for the water to go. Roads are barricaded for safety reasons. Please DO NOT try to drive through them! Find an alternate route to your destination & arrive safely. Thank you! pic.twitter.com/MuTY0VET1w

High street water at the intersection of Main/Monroe in Green Bay. Might want to avoid it! Some cars are barely making it through without stalling. @WBAY pic.twitter.com/sVodrwWAB9

A FLOOD ADVISORY has been posted for Waupaca County & across much of central Wisconsin. Heavy storms are dumping heavy rainfall...And these storms will move across the Fox Valley early this afternoon. Here's an update: #WBAY #StormCenter2 #WeTrackStorms pic.twitter.com/DGYtBVOXf6

Storms this morning have caused some roads throughout Appleton to have large amounts of standing water. Appleton Public Works will try to alleviate flooding on major roadways. Please exercise extreme caution while traveling during the storms.

Some roads are flooded across central and east central WI. Remember, DO NOT attempt to drive through flooded roadways! #wiwx pic.twitter.com/IzjOYlcNkV