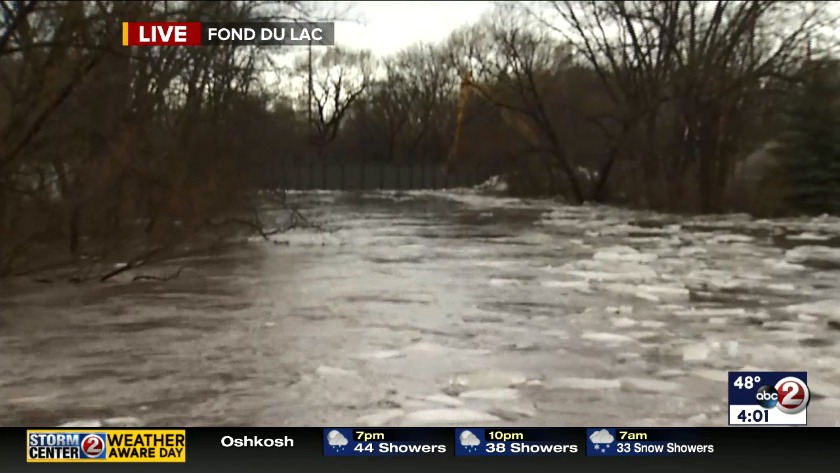 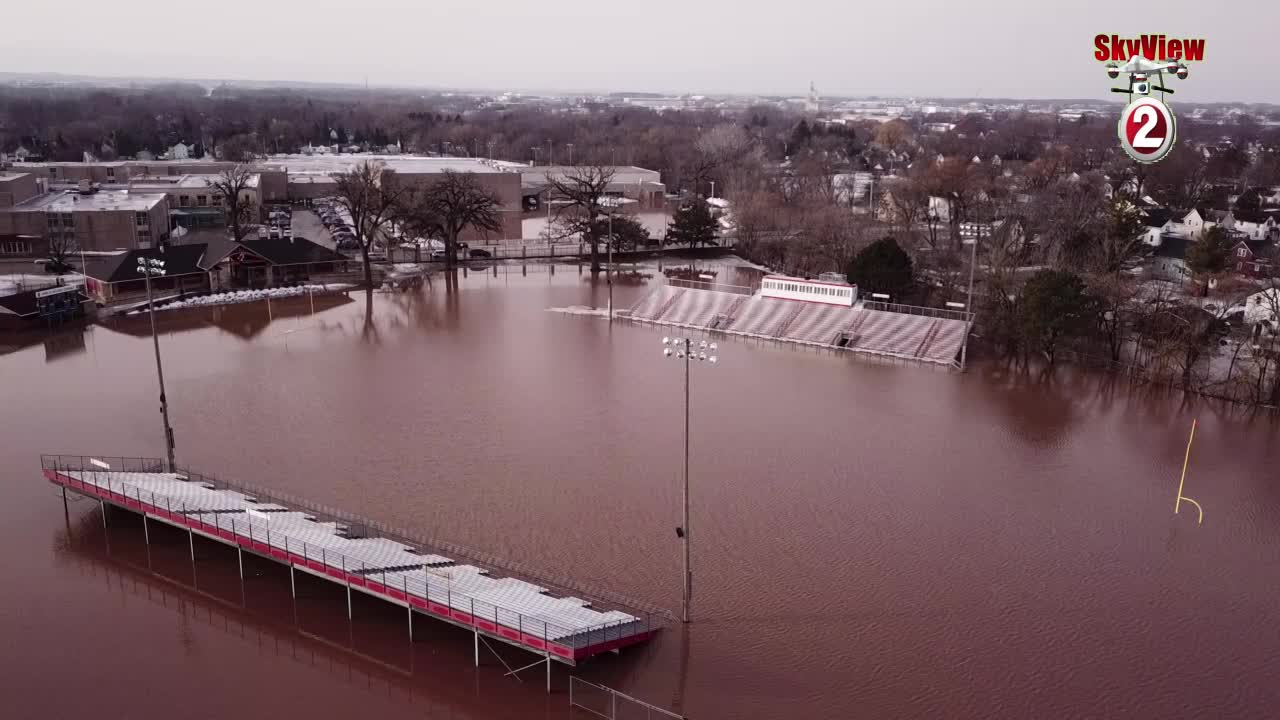 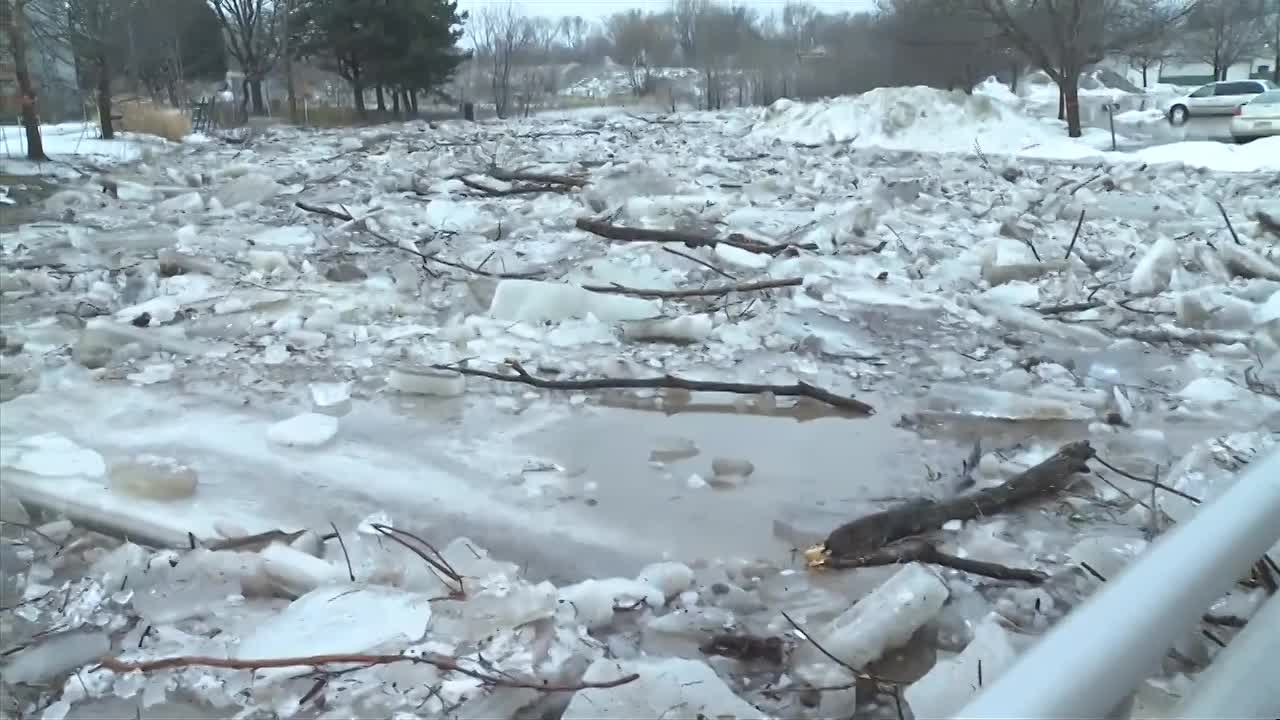 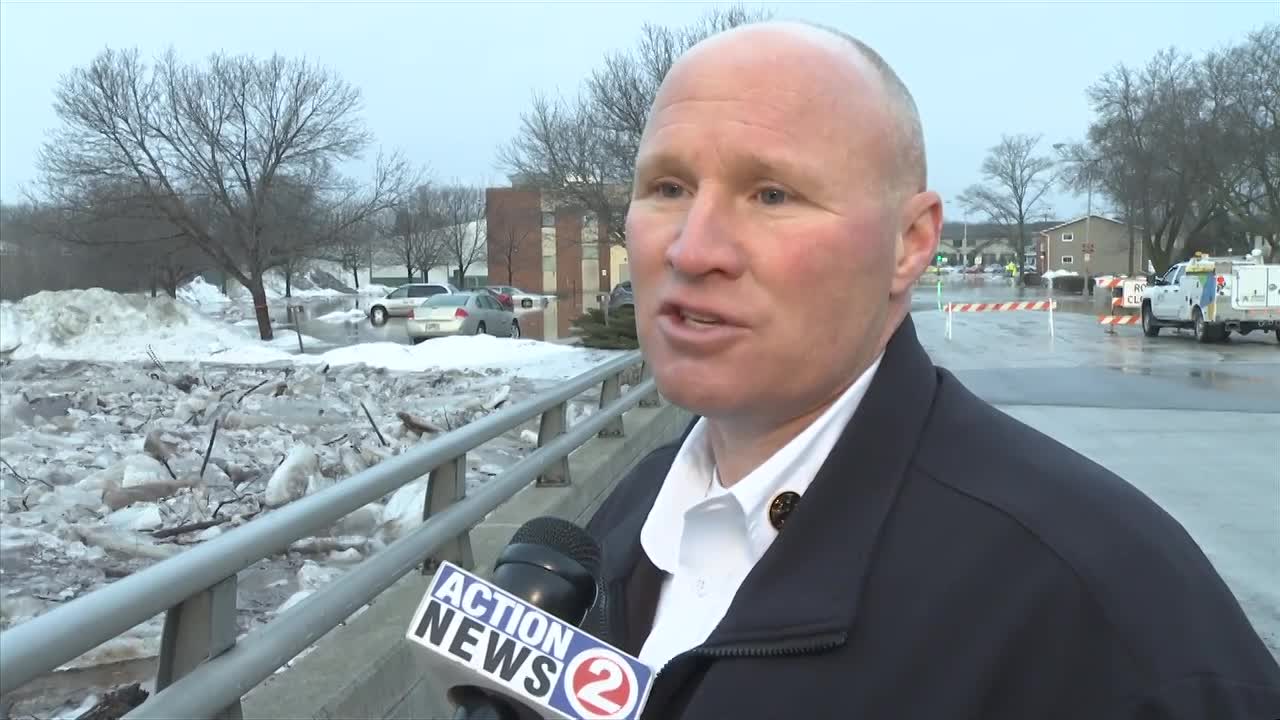 Ice jams on the east branch of the Fond du Lac River became stuck on the bridges. The jams acted as a plug and sent water over the banks.

The Fond du Lac School District is closed Friday due to the flooding. A district tweet reads, "Please support each other during this tough time. #cardinalfamily"

It was about 5 a.m. Thursday when the flood waters started to creep in.

By late morning, crews were using heavy machinery to remove the ice jams. They loaded the large chunks of ice and debris onto trucks. It was hauled away from the scene.

Sandbags were lined up to protect the city-county building from water.

Progress has been made, but there's still work to be done.

"As the water moves out, we're just going to keep moving people back. I know Alliant is out with electric and gas. They're watching real closely, they're shutting off gas and electric as the water moves as well to try and stay ahead of it," says Fond du Lac Fire Division Chief Troy Haase.

The American Red Cross and County agencies served lunch and helped about 60 evacuees at the Fond du Lac Rec Center at the county fairgrounds this morning.

The Red Cross moved the emergency shelter to Community Church, N6717 Streblow Dr. The Red Cross tells Action 2 News that about 75 people signed up for shelter there.

The following shelters are open for flood victims:

Earlier views from the Western Avenue bridge over the East Branch of the Fond du Lac River showed ice jams and fallen trees blocking the river.

"What we're trying to do is we're trying to remove the ice so the water can flow better," says Fond du Lac Fire Department Division Chief Troy Haase. "The ice is up against the bridge and it can't flow through so it's backing the water up."

Haase said the area of Elm Street and South Street had 20 inches of water over the roads.

----MORE: How to download the free StormCenter 2 On the Go App

Alliant Energy went door-to-door to make sure gas and electric were shut off in affected homes.

Haase expected the flooding situation to last all day.

"I'm expecting this is going to take another couple, three hours to move this ice as they're doing it. Maybe as they get some of it, it will start to flow a little better and goes a little faster, but from what I see there's a lot of ice to move and piece by piece," Haase says. "And you're talking about 400 to 500 feet of the river looks like it's jammed up."

Alliant Energy has taken this opportunity to remind residents about safety:

--Do not walk through your flooded home until gas or electric are turned off.

--Do not handle electric appliances while standing in water.

The District will be closed on Friday, March 15 due to significant flooding and water issues within our community. Please support each other during this tough time. #cardinalfamily

About 60 people displaced by last night’s flood are being helped at the FDL County Fairgrounds & Expo Center. American Red Cross WI will be serving them lunch and transporting them to a local shelter. @WBAY WBAY pic.twitter.com/E0OkVDDJEb

Water is rising quickly here on South Street. @fdlfire is prepared for water rescues, and are working to make sure everyone evacuates safely. pic.twitter.com/jKPXLxb3Ha

FDLFR responding to the 99 South St for to an investigate an appliance making a buzzing sound in the basement. Police report localized flooding in the area.