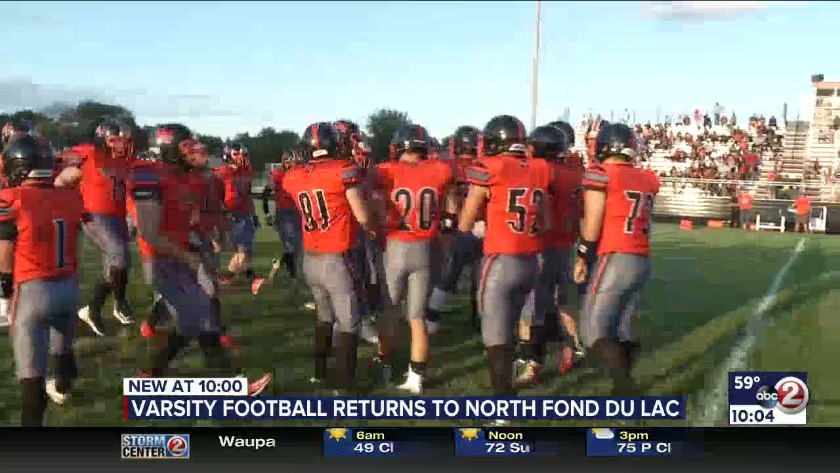 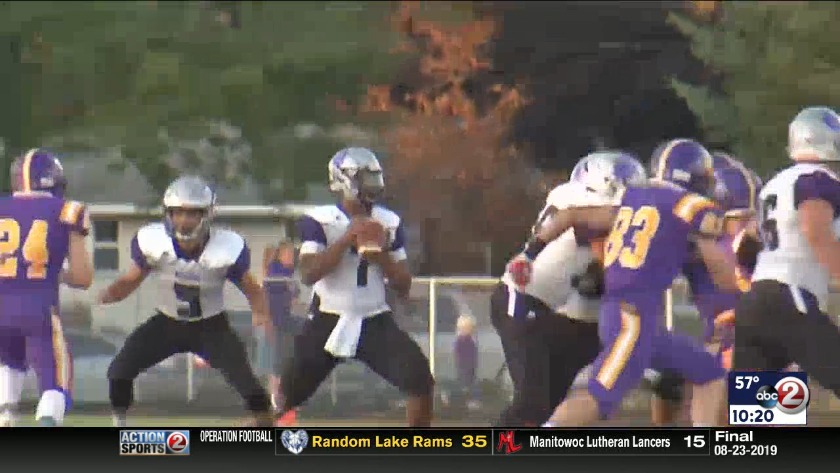 NORTH FOND DU LAC, Wis. (WBAY)- Friday night lights are back, but in North Fond du Lac the wait for football's return has been a long time coming.

That's because the school eliminated its varsity football program two years ago over a lack of participation.

Even before the first play, there was an extra sense of excitement in North Fond du Lac, knowing that the varsity football program at Horace Mann High School is back after a two-year hiatus.

Parent Amy Ackerman said, "Oh, I'm pumped. My son is playing this year, wasn't going to play, started after practice, has already been going on and we're huge fans, from kids in high school down to elementary school. This is huge for us. We've been waiting a long time."

For the past two seasons, the school was limited to just a junior varsity program, but many of those kids didn't give up on a desire to play.

School officials say it was a team effort to reignite the program.

"A lot of hard work. A lot of hard work for the coaches, assistant coaches, did a great job for this being able to build a program, the players that have bought into it. The seniors that we have right now, that are seniors this year bought into it and did a great job recruiting kids to come out and play. We've seen numbers increase the last two years," said Coach Todd Whittaker.

To mark the occasion people even wore T-shirts sold by the booster club.

On the front it reads "Comeback Season." The back has a slogan, "The comeback is always stronger than the setback."

In the stands there was also plenty of flair.

Senior Gabby McDowell said, "I'm just excited the boys have the opportunity to play. I know it means a lot to them. I'm just really proud of them. They've been working hard in the off-season, and we're excited to see what they're going to do this season."