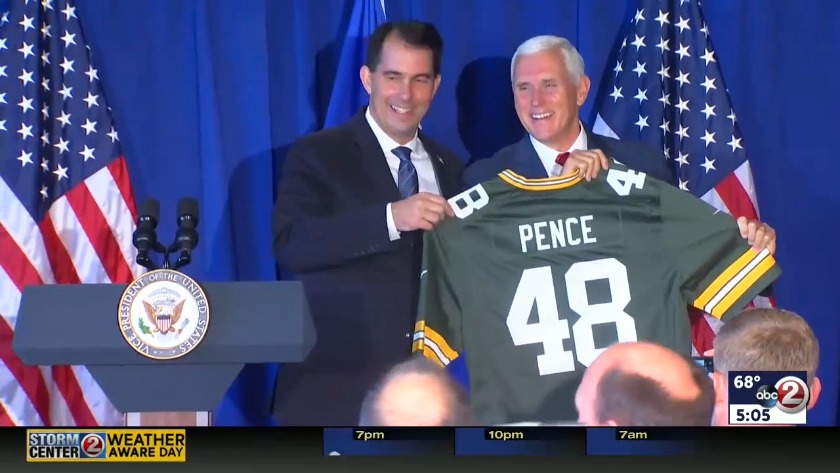 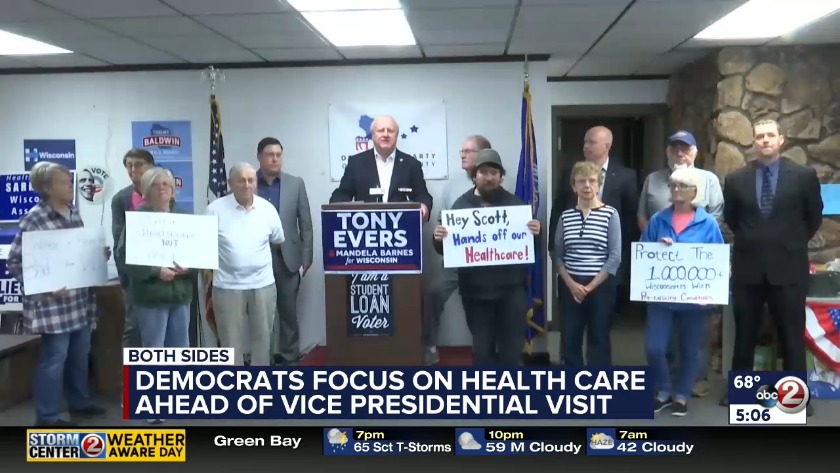 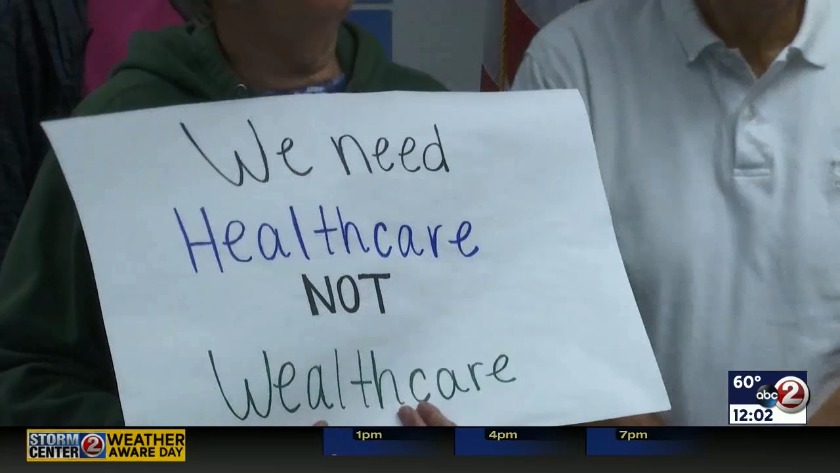 Air Force Two arrived at Green Bay Austin Straubel International Airport shortly after noon. The vice president and Gov. Walker got off the plane together. They were met by U.S. Rep. Mike Gallagher and Republican U.S. Senate candidate Leah Vukmir.

"We need four more years of Gov. Walker," Pence said during his speech at Oneida Golf and Country Club. Pence says President Donald Trump is planning an upcoming visit to Wisconsin. He did not elaborate.

"Over the last eight years, Walker has taken on public employee unions, balanced budget and cut taxes by $8 billion for people of Wisconsin," Pence said. "That is incredible. Invested in K-12, froze tuition at Wisconsin campuses, best state to run business, created jobs and secured Foxconn."

From Green Bay, the vice president traveled to Eau Claire for another Wisconsin GOP and Gov. Scott Walker event.

Walker is running for this third term as governor of Wisconsin. Democrat Tony Evers, the state's superintendent of schools, is challenging Walker at the polls. Evers has been endorsed by former President Barack Obama.

A Marquette University Law School Poll released Wednesday shows the race is nearly deadlocked. Walker is holding onto a 47-46 percentage point lead prior to the Nov. 6 election.

"This administration is going to stand with the governor and create more free markets in health care and we will always protect pre-existing conditions in Wisconsin," Pence said.

"I think this trip by Vice President Mike Pence highlights just how clear our choice is this November. Between a candidate that will protect pre-existing conditions and fight for lower drug prices in Tony Evers, or a governor who has continued his assault on the Affordable Care Act," said Staush Gruszynski, Democratic candidate for Assembly District 90.

The democrats also talked about enthusiasm among their base.

"I think they are afraid of a potential Blue Wave. The energy on the progressive side is there," Frostman said. "We're burning shoe leather. We're talking to folks at the door, on the phone. People are putting in the work this election cycle, so I think they see that and they're scared."

The Democratic Party of Wisconsin released this statement:

"Today, as millions of Wisconsinites with pre-existing conditions worry about the future of their health coverage, Scott Walker and Leah Vukmir welcomed Vice President Pence and his anti-health care agenda into our state. Walker, Vukmir, and Pence have worked for years to undermine access to affordable health care, and all three support the lawsuit that would eliminate protections for the 2.4 million Wisconsinites with a pre-existing condition. Make no mistake, health care is on the ballot this November, and Wisconsin has a chance to elect a governor and re-elect a U.S. Senator who aren't afraid to stand up to the White House when its policies threaten millions of hardworking people across the state."

Congressman Mike Gallagher is first up to speak, ahead of Vice President Mike Pence and Governor Scott Walker for the campaign event. pic.twitter.com/aWadmlhJLf

Congressman Gallagher just introduced Leah Vukmir who is running for U.S. Senator against U.S. Senator Tammy Baldwin. She says she is going to work hard for Wisconsin and ‘we are going to win on November 6’. VP Mike Pence and Governor Scott Walker up next. pic.twitter.com/NkPtxMZTuL

Governor Walker starts his campaign event in Green Bay with a prayer for those impacted by the hurricane. Next—he wants to talk about the state of Wisconsin and his plans moving forward. pic.twitter.com/c8cLvJD78r

Governor Walker says “as long as I am governor, pre-existing conditions will always be covered” when talking about health care. He says it’s personal and the right thing to do. He says he wants to set the record straight.

Governor Walker says “as long as I am governor, pre-existing conditions will always be covered” when talking about health care. He says it’s personal and the right thing to do. He says he wants to set the record straight.

Vice President Mike Pence says ‘we need four more years of Governor Walker.’ He said President Trump is on his way to Wisconsin in a few days and he says he brings greetings from him all the way here. pic.twitter.com/GkUP7nQDS4