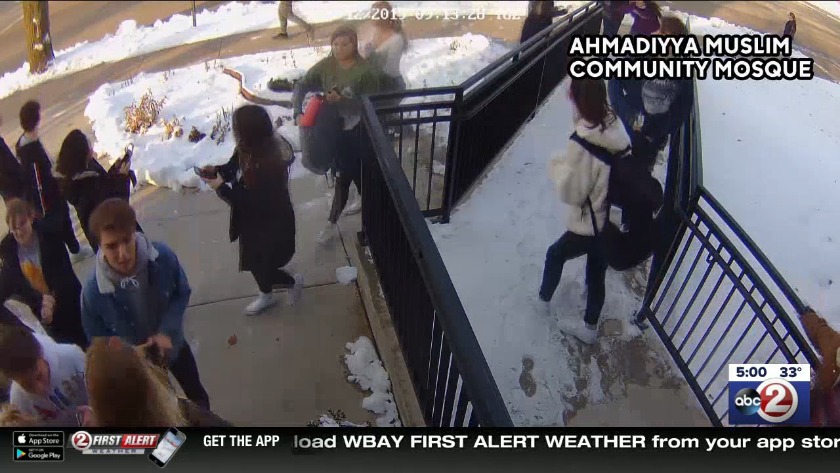 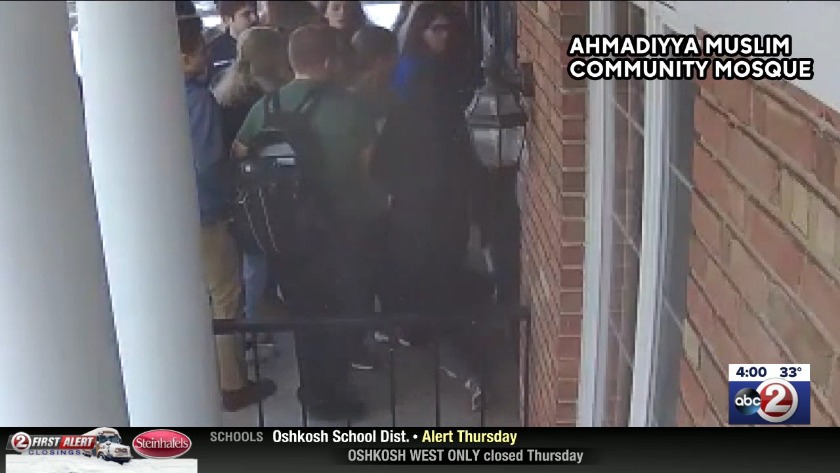 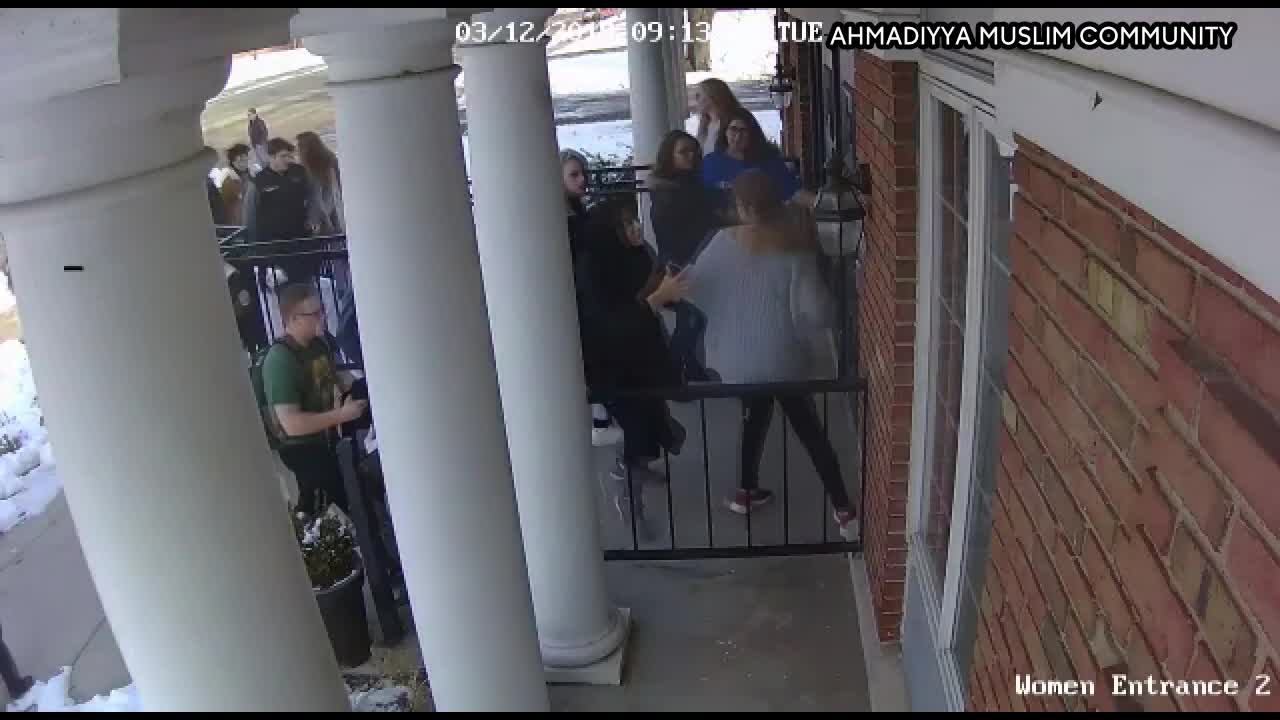 OSHKOSH, Wis. (WBAY) - Oshkosh West students ran to a nearby mosque for shelter during a stabbing and officer-involved shooting at their high school Tuesday morning.

Surveillance video captured the scene outside Ahmadiyya Muslim Community, 300 N Eagle St. The mosque is located across the street from the school.

"I knew something had happened as soon a my teacher came back in. He was like, 'Go!' So we all bolted and some guy said, 'Let’s run to the mosque.' So that’s where everyone ran, so naturally I entered the code and let everyone in," says Duaa Ahmad.

Video shared with Action 2 News shows 17-year-old Duaa Ahmad enter the door security code to her family's place of worship. She lets her terrified classmates inside.

The girl's father, Saad Ahmad, is a financial secretary at the mosque.

Duaa suspects about 100 students hid out at the mosque.

"You never think it's going to happen to your school. It's crazy. It didn't register. Just it couldn't happen."

She didn't get much sleep that night.

The next day she could reflect on her brave actions. She says one minute she's in AP English Literature and the next, "We heard a gunshot. Originally we thought it was doors slamming, but it definitely wasn't."

"The only command we got was to run."

So the students ran. They ran all the way across N. Eagle St. to the Ahmadiyya Muslim Community Mosque, where security cameras caught her leading the way.

"I knew the code. Ran in, punched the code, and let everyone in."

Duaa says on the inside she was "freaking out. It was terrifying. I did not know what happened."

But she still found a way to help the others.

"There were a bunch huddling by the door. I said, 'You can go downstairs. Spread out.'"

Then she called her dad.

"I said I didn't know what happened. My teacher just said to run. I let everyone into the mosque, we are here, and he said, 'Okay, I'm coming.'"

"She sounded quite distressed at that time," her father, Saad Ahmad, said. "All she said was, something happened at the school and that she had let students into the mosque."

Within five minutes, her father got to the mosque to help.

"They were quite composed," he recalled. "I think they've done drills like that, but of course some were crying, but that was to be expected, but there was no panic or anything like that."

Mr. Ahmad said he is impressed with his daughter's quick actions.

"I forget the code on normal days," he chuckled, "so, how she was able to stay composed?"

"Definitely proud of her," he continued. "Again, not to panic in that type of situation, stay composed, that's all you can ask for in that situation."

He's also happy his family's place of worship served as a safe space for all students to gather during such a frightening time.

"I'm sure any business would have been the same, so I don't think that is remarkable. That is Wisconsin and Oshkosh. We just happen to be here, and I am glad it made that hour comfortable for some people."

Some who the Ahmads didn't even know.

"It's the right thing to do," Duaa said humbly. "You never know how you are going to react in that situation until it actually happens, and I am just proud of the way I reacted."

Classes at Oshkosh West High School will resume on Friday, Dec. 6. with the first-hour classes.

West students and their parents can come to the building Thursday, Dec. 5, between 12 and 2 p.m. to retrieve books and personal belongings from classrooms. Enter through door #24. Counseling services will be available in the media center.

Athletic events and practices will resume Thursday afternoon as scheduled.

Events unfolded at the school shortly after 9 a.m. Tuesday. Police say a 16-year-old Oshkosh West High School student stabbed School Resource Officer Michael Wissink in his office. The officer, a 21-year veteran of the Oshkosh Police Department, fired once at the student.

The 16-year-old student has been arrested on a charge of Attempted First Degree Intentional Homicide.

The Wisconsin Department of Justice Division of Criminal Investigation is in charge of the investigation. This is protocol in officer-involved shootings.

"DCI is continuing to collect evidence and determine the facts of this incident and will turn over investigative reports to the Winnebago County District Attorney when the investigation concludes," reads a statement from the DOJ. The agency said no further information would be released at this time. CLICK HERE for more information on the investigation.

The Oshkosh Fire Department thanked the Ahmadiyya Muslim Community and Immanuel Lutheran Church for giving shelter to first responders and providing them with hot coffee and treats.