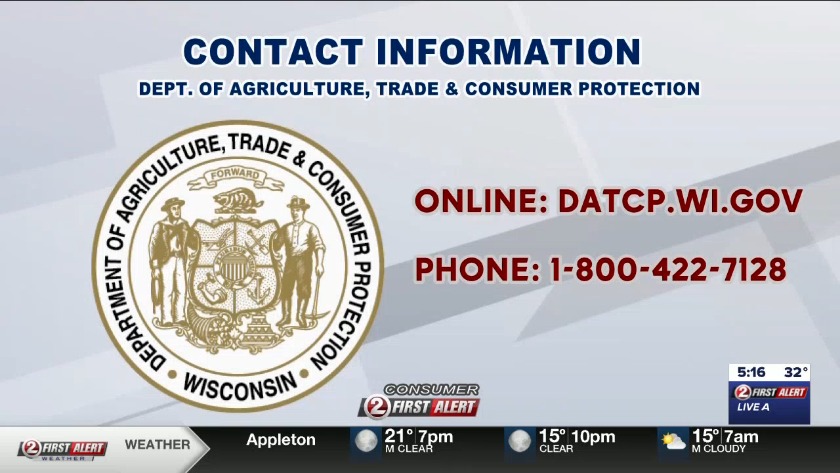 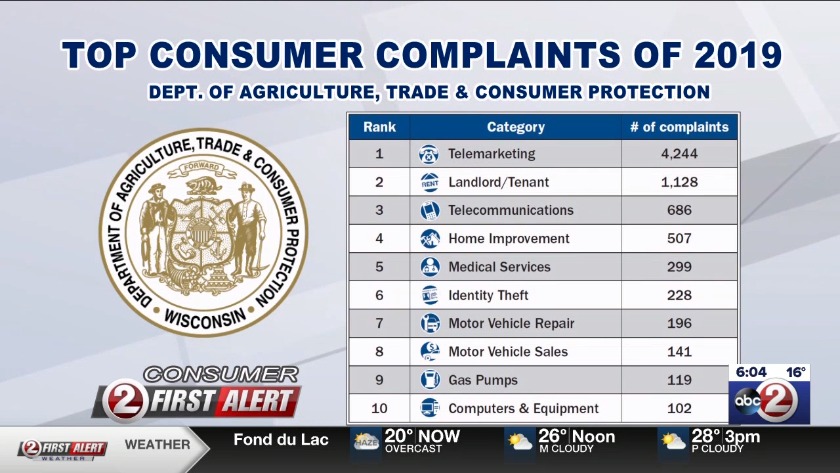 GREEN BAY, Wis. (WBAY) - For the 17th consecutive year, Telemarketing is the top consumer complaint in the state of Wisconsin.

On Thursday, the Wisconsin Department of Agriculture, Trade and Consumer Protection released its Top Ten Consumer Complaints for 2019.

For the first time in a decade, the overall number of Telemarketing complaints went down, according to the state. DATCP says that is promising and could be a sign of things to come.

“In part, we hope that that’s because of the federal TRACED Act that got passed in December of last year," says Lara Sutherlin, DATCP. "It gives more ammunition to carriers, to your phone carriers, to start combating some of these telephone spoofing scams."

"So these telemarketing complaints are not just ‘no call’, because they could be legitimate businesses, but they don’t have the authorization to call you. They are predominately those fake calls, right? The ones that they are pretending to be the IRS, the Social Security Administration and are some other fake impostor. That is where we are seeing a lot of the complaints."

The TRACE Act provides more tools to attack the problem.

"They are difficult to deal with because they are coming from overseas," says Sutherlin. "So there is a lot of international cooperation required. So what the TRACE Act also does is provides more investigative tools for states attorneys general and the federal government, cooperation with the carriers to start identifying these phone numbers, and really putting a clamp down on the numbers that are coming into the states and trying to identify those fake numbers.”

There are several ways you can file a consumer complaint with the Wisconsin DATCP:

“It’s great for people to file a complaint," says Sutherlin. "Mainly because we can get them the relief they need, ideally. Either put them in the direction of getting the resources that they need. We can open an investigation if necessary. Sometimes it’s just a misunderstanding between the consumer and the business so we can mediate that complaint."

Consumer First Alert: Signs that you're falling for a romance scam

Consumer First Alert: Signs that you're falling for a romance scam