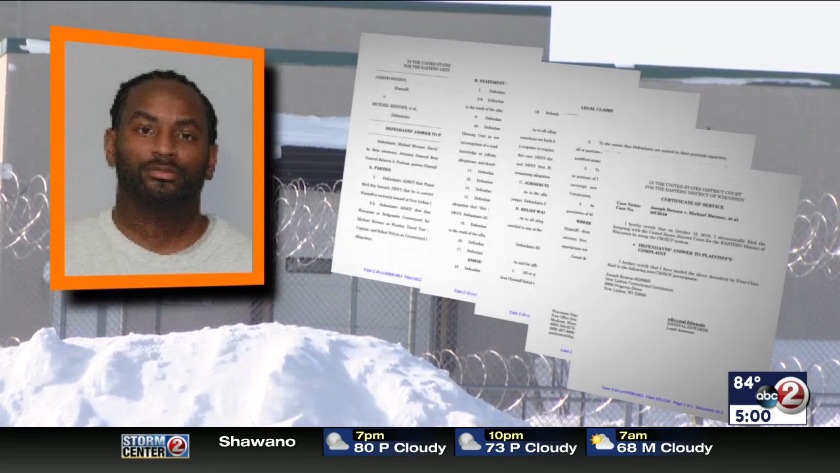 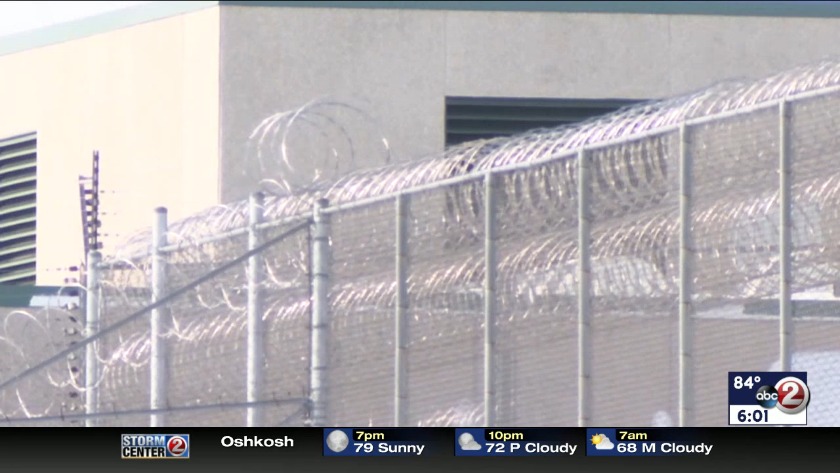 WAUSHARA COUNTY, Wis. (WBAY) - A Wisconsin prison inmate is receiving tens of thousands of dollars from the state as the result of a federal lawsuit settlement over what's been dubbed "The Rat Emoji Incident."

Taxpayers are footing the bill for that $110,000 settlement. There may be more to come.

The lawsuit stems from an incident at Redgranite Correctional Institution. Target 2 Investigates uncovered the story in January. A now-former corrections sergeant at the prison exposed the identity of five inmates who were acting as confidential informants in a high-profile undercover gang investigation by placing pictures or rats next to their names.

"To be honest with you, it was rage. Rage," former prison gang investigator Jason Wilke says was his first reaction after learning criminal charges were never filed against the sergeant.

One of the inmates filed a federal civil rights lawsuit and the state decided to settle. He's serving time for armed robbery, and getting a big payout from taxpayers.

Retired gang investigator Jason Wilke is known across the country for his work infiltrating gangs in prisons. He spends nearly every waking minute thinking about that day last year when the identities of his confidential informants were exposed.

"You get up every day with this drive to have justice, and you have this roller-coaster where you have highs and lows," says Wilke.

Target 2 obtained Wisconsin Department of Corrections records that show then-Redgranite Correction Sgt. Robert Wilcox placed rat emojis next to all five inmates' names on a piece of paper. It was left on a prison desk in view of other inmates, who copied the list and tried to mail it out of the prison.

The covers were blown.

"His [the inmate's] life is clearly in danger, along with four other individuals. These criminal organizations -- they don't forgive and they don't forget," says Wilke.

Informant Joseph T. Benson filed a federal lawsuit in April 2018. He claimed his constitutional rights were violated. He asked for more than $600,000.

Benson retained a lawyer in February. Three months later the case was settled out of court. The settlement agreement shows the state agreed to pay $110,000 to a trust account held by Benson's attorney.

The DOJ says that check was mailed May 21.

"I wasn't surprised that they settled, just due to the fact of how egregious of an act of what Wilcox did to him," says Wilke

Robert Wilcox admitted in a signed statement that he put the rat emojis next to the inmates' names. However, he said it was "for staff use only." Wilcox says he was not intending to cause unrest. He apologized.

Wilcox received a one-day suspension in 2018 for violating a work rule. He left the DOC earlier this year.
Our phone calls to Wilcox were not returned.

"Think about the burden the taxpayers are going to have to fork out for what one individual did intentionally," says Wilke. "One person has already received $110,000. Now you have to times that by at least four more."

Wilke was named in the lawsuit. He still receives death threats. He has mixed emotions about the payout.

"Here's a guy who wants to have me killed but then he was done wrong, so egregiously, he deserves some sort of compensation for that," says Wilke.

The Wisconsin Department of Justice says if money is transferred from the trust fund to Benson while he's still in prison, it would be subject to deductions for restitution and court costs. If it stays in the trust, it remains untouched.

The district attorney in Waushara County decided not to file criminal charges against corrections sergeant Wilcox. An open records request Target 2 received late Wednesday shows the district attorney's investigator thought there was a criminal act and recommended a charge.

To say Wilke is frustrated doesn't say enough. "A kindergartner could figure out what happened in Waushara County."

"Warden Meisner ruled it as horseplay. Since when does outing a confidential informant in a planned homicide case ever fall in the realm of horseplay? It doesn't," Wilke says.

As Target 2 uncovered in our original report, Wilcox's one-day suspension came after an internal investigation by Redgranite Correctional staff.

In a signed letter, he wrote, "There was no malice" and apologized.

Wilke felt the incident rose to the level of criminal misconduct and turned to the Waushara County district attorney, who assigned his investigator to take a look.

The records obtained by Target 2 show that investigator recommended a criminal charge of "violating laws governing state or county instititutions," which is a misdemeanor.

The charge was never filed. The district attorney wrote, "I believe it is arguable that Wilcox violated this statute" and called the actions "irresponsible and inappropriate." But it comes down to whether it was intentional.

Wilke contends it was. "Any reasonable person would know what he did was intentional."

The D.A. wrote, "I am not sure that can be proven" that Wilcox meant for inmates to see the rat emojis, adding, "It appears Wilcox's judgment was influenced by his frustration and/or grudge against Wilke."

The district attorney concluded the incident was better handled internally by the DOC.

Wilke tells us, "We're supposed to be ethical and moral and carry ourselves in a different level when you're in law enforcement and corrections, and I'm going to stand by that."

The DOC tells Target 2 this has prompted a policy change in handling what it calls "serious acts of misconduct" -- which did not always involve the Secretary's office.

"The process has now changed so that Secretary-designee Carr will review all serious acts of misconduct regardless of the level of disciplinary action recommended," the DOC responded.