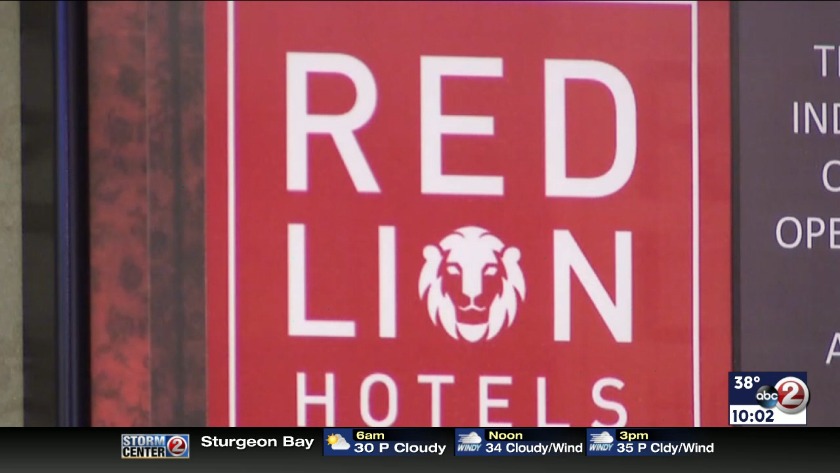 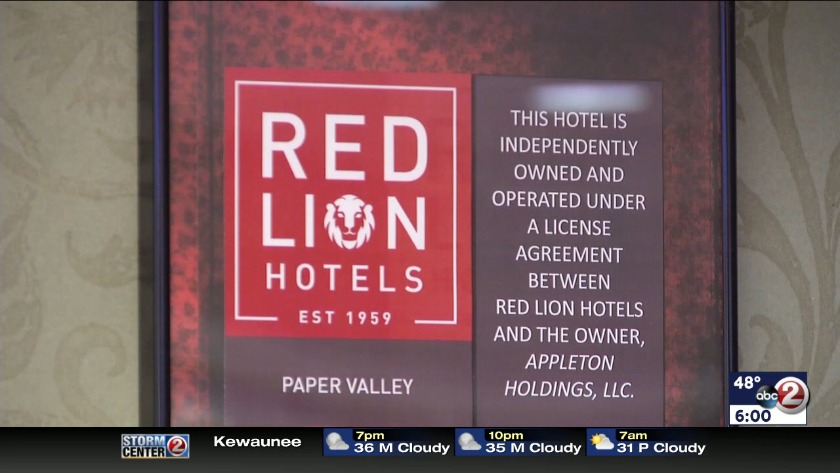 The hotel is attached to the new Fox Cities Exhibition Center, and the nearly $32 million price tag for construction was funded through hotel room taxes collected in 10 area communities.

Stephen Nalley, the CEO and co-founder of Inner Circle Hotels, which owns the Red Lion Hotel Paper Valley, responded to our report.

He admits the hotel has a major cash flow problem right now, but he's hoping to pay this back tax in the next 8 to 12 days.

Nalley is also pointing to a number of reasons why this tax hasn't been paid yet, including a very slow winter which had an impact on the entire industry.

As well, he says the hotel paid 100 percent of the operating expenses of the adjoining exhibition center and was forced to make a significant investment to ensure it would open on time more than a year ago. This includes $250,000 in fixtures, furniture and equipment the city never bought and that had to come out of the hotel's own money.

Plus, the hotel contributed another $375,000 towards the construction of the attached skyway.

On top of that, the city never bought proper cleaning equipment for the exhibition center, and that led to excessive labor costs.

"We have never disputed the fact that we are past due. We've never tried to conceal, we've never tried to hide, but I think it's important your readers understand that we're not just a bunch of deadbeats who decide not to pay our bill. We have very, very tight cash flow constraints now, and we will for at least another 30 days based on the million dollars that we fronted out of the hotel's money, the hotel's money to get the exhibition center up and going," Nalley told us by phone.

Neenah Mayor Dean Kaufert says some of that money was taken out of the contract for furniture, fixtures, and equipment also know as F, F & E because Appleton had higher than expected legal fees the neighboring communities weren't willing to contribute to.

"The dollars were there for F, F & E, as far as I'm concerned as far as I know and they elected not to fund F, F & E and pay the attorney fees," said Kaufert about the situation.

Nalley added,"We're saying that because we made a decision to be a team player and support the community project ahead of our own best interest, we're in this situation. We could have chose to be selfish and not fronted this money and not did these things and said, here, here's your room tax, but then the whole thing would have been a flop."

However Nalley says the tax will be taken care of soon.

"I anticipate having this done in the next week but I'm not going to hang myself so that on the 8th day another article goes out that says that I lied,' he said.

While the exhibition center isn't profitable at the moment, Nalley says it was never expected to be for the first few years because of the set-up cost.

He is hoping to change that by next year and says bookings have actually exceeded expectations.

Hortonville family loses patriarch to coronavirus, wants people to realize the seriousness of the disease
Related Stories
We welcome comments and civil discussions. powered by Disqus