State lawmakers from both parties react to 'Wisconsin Budget' 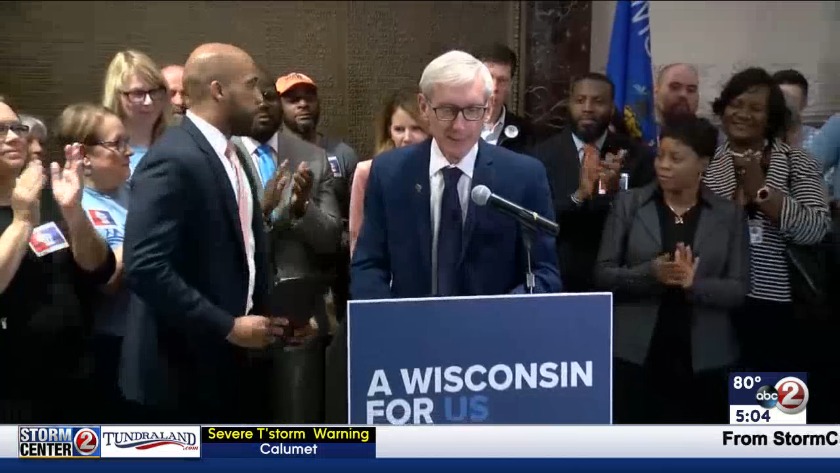 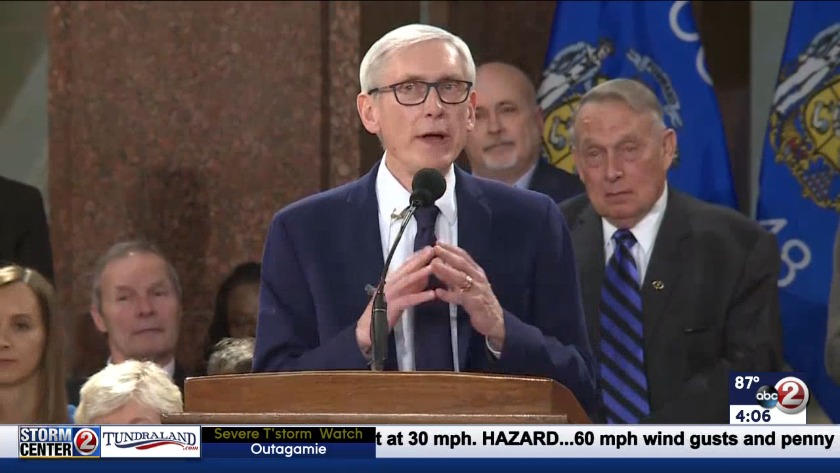 Referred to as the 'Wisconsin Budget,' Republicans say the more than $81 billion spending plan prioritizes all of the people in our state.

State Democrats do not agree.

"We delivered a budget that is on time, in balance and takes care of good fiscal stewardship," said Rep. John Macco (R-Ledgeview).

GOP lawmakers representing districts across Northeast Wisconsin gather in support of the 'Wisconsin Budget' on Thursday at the Howard-Suamico School District. Their message is clear to Governor Evers.

"I believe it is crucial that Governor Evers signs this document," said Rep. John Nygren (R-Marinette).

"I ask the governor today not to turn his back on the people of the Fox Valley," said Rep. Dave Murphy (R-Greenville). "I want the governor to do the right thing and to sign this budget."

"My expectation is that the governor will sign this budget, because we did meet him on his ground in a wide variety of different areas," said Rep. Jim Steineke (R-Kaukauna).

However, Sen. Dave Hansen (D-Green Bay) says any compromise that happened did not take place half way.

"Nobody is going to get 100% of what they want, but if you look at the main principals that Governor Evers built on--education funding, health care funding, transportation funding, and middle-class tax cuts--we've been able to deliver all of those priorities," said Nygren.

Democrats, however, say the spending plan misses the mark.

"Governor Evers opened the doors for everybody. I give him a lot of credit for that. He wrote a budget based on what the people wanted, and hopefully, when he's done with it, the package will be improved," said Hansen. "As I said, they did some good, but we could have done a heck of a lot better."

Hansen also voices his concerns with the language used in the budget proposal, saying Republicans intentionally plan to limit the governor's veto power.

"We could have done better, and the bad thing is, you get a Democratic governor and you still don't want to admit that. They wrote things in it to make it veto proof. Instead of 'shall' or 'may,' they wrote in 'cannot.' One word. So, I don't know what impact that's going to have when the governor goes to veto this," he said.

"This is probably not the budget we would have introduced had we had a different governor, but we recognize the realities of having Governor Evers as our governor, so we did our best to meet him on his ground when we could," said Steineke.

The governor has six days to take action after he gets the budget. He could pass or veto it entirely or make line-item vetoes to specific parts.

Republican lawmakers are confident Governor Evers will mostly keep the budget with some revisions.

Hansen is not sure what will happen next, adding the governor has stayed quiet about what he plans to do.