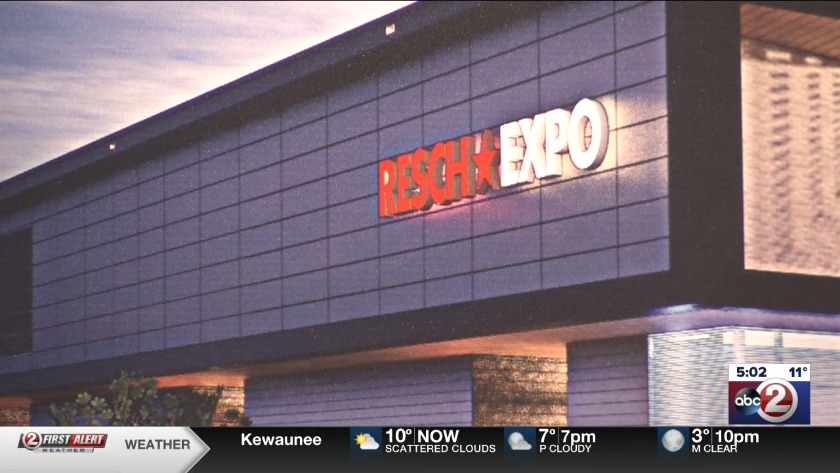 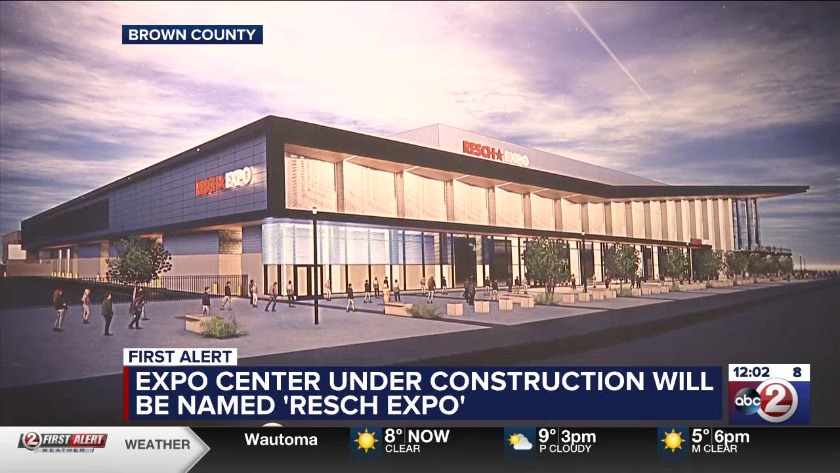 Rendering for the Resch Expo Center.

County Executive Troy Streckenbach announced Thursday that the facility will be known as Resch Expo.

The $93 million Resch Expo center is located adjacent to the Resch Center arena at the site of the former Brown County Veterans Memorial Arena and Shopko Hall, across the street from Lambeau Field.

"It exactly does what Mr. Resch was looking to do, as cementing his legacy, his family's legacy, and their contribution to the vibrancy of this community," said Streckenbach.

Action 2 News reported earlier this week that sales staff with the Greater Green Bay Convention and Visitors Bureau have been making pitches to host national events when the expo center opens in January 2021.

"We just had someone in Indianapolis, we're out in Washington, D.C., last week, really looking at the bigger things that we can bring here. This is something that we've never had before, and we're looking at every opportunity whether it's sports events or big floor shows. We can drive large vehicles in, have large equipment shows," says Brenda Krainik, marketing and communications director for the Greater Green Bay Convention and Visitors Bureau.

And there's always the hope of getting that NFL Draft.

"The Packers have interest in hosting the NFL Draft. That wouldn't be a possibility in Green Bay if the new expo center wasn't being built," says Terry Charles with PMI Entertainment Group, which will manage the new facility.

As we've reported, the 127,000-square foot facility replaces the veterans memorial arena and Shopko Hall and will be twice the size of those two facilities combined.

It's expected to open next January.

The announcement is February 13 at 11 a.m. Stay with Action 2 News on-air and online for updates.