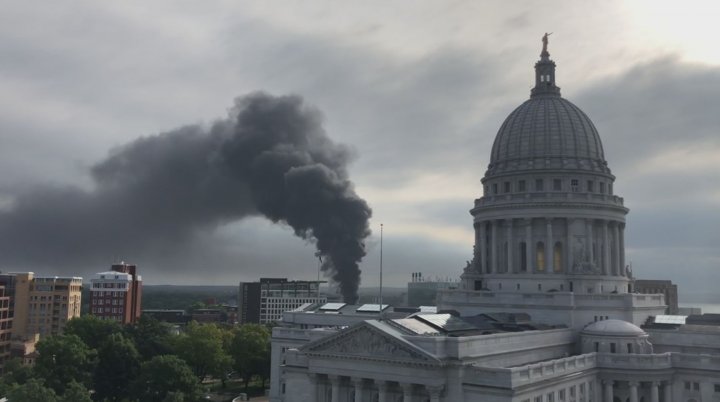 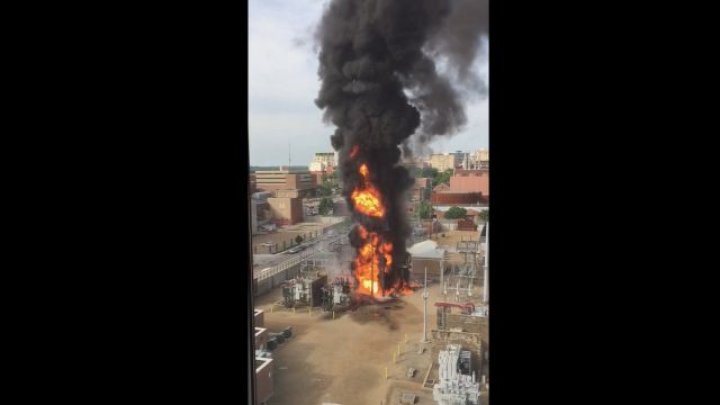 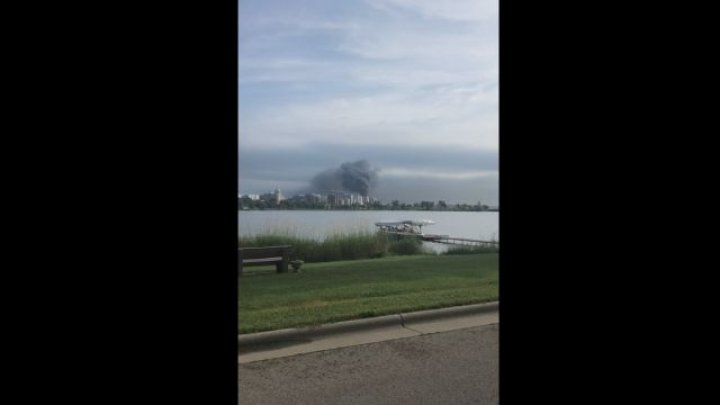 Viewer Footage of 2 fires by Mel

Fires at two power substations in Wisconsin's capital knocked out power to more than 11,000 customers on what is promising to be a sweltering day and disrupted state services around Wisconsin.

An explosion and fire at the Madison Gas and Electric main power center sent a plume of thick, black smoke over Madison's east side Friday.

A second fire at a substation near the University of Wisconsin-Madison prompted the evacuation of Ogg and Smith Halls and the UW Safety Building.

The Madison Police Department confirmed on its Twitter page there are no reports of injuries. MG&E CEO Jeff Keebler said no one was working in the area of the substation when the explosion happened. Damage assessments are underway.

Gov. Evers' emergency proclamation directs all states agencies to provide whatever help is needed, and authorizes activating the National Guard if necessary. It also directs non-essential state employees in affected buildings to leave or not to report to work.

Power was restored to all state office buildings after 10 a.m., but while state buildings have power, some of the services they use -- such as internet transmission lines and routers -- do not.

The Brown County Clerk announced its office will have limited services because it can't access the state vital records to complete birth certificates, marriage licenses or death certificates, or provide documentation for passports.

The state website for online court records can't be accessed, and the Department of Transportation says some services -- such as issuing drivers licenses and state IDs, DMV call centers, crash records, and some vehicle registration services -- may not be available.

Madison city officials residents with no access to air conditioning should be on alert. The National Weather Service has issued an excessive heat warning for the area Friday, with temperatures in the 90s and high humidity.

“Certainly if they can’t restore power quickly then we’ll have to take a look at vulnerable people who live in these areas who need air conditioning, do we need to start getting them out. We’ve trained for these types of things. We’d use Madison Metro," said Public Information Officer Joel DeSpain, Madison Police Department. "At this time, I think the hope is we can get things back to normal in fairly short order before there’s a lot of duress placed on people, particularly the elderly who live in the downtown area."

The local public health office advised businesses that don't have backup power sources to close until power is restored.

There are also traffic lights out throughout much of downtown, which is causing some major backups. Some lights are running on generators, and police are directing traffic at some others. The Madison Police Department is asking people who don’t need to be downtown to stay out of the area.

"You're not going to be happy, because you're going to be stuck in traffic," DeSpan warned.

Smoke from fire at Madison Gas and Electric on the East Side #Madison #Fire pic.twitter.com/sUcMA34Vt1

UPDATE2: smoke was improving.. then a loud “boom” and another huge plume of black smoke emerged pic.twitter.com/v70olLqD9L