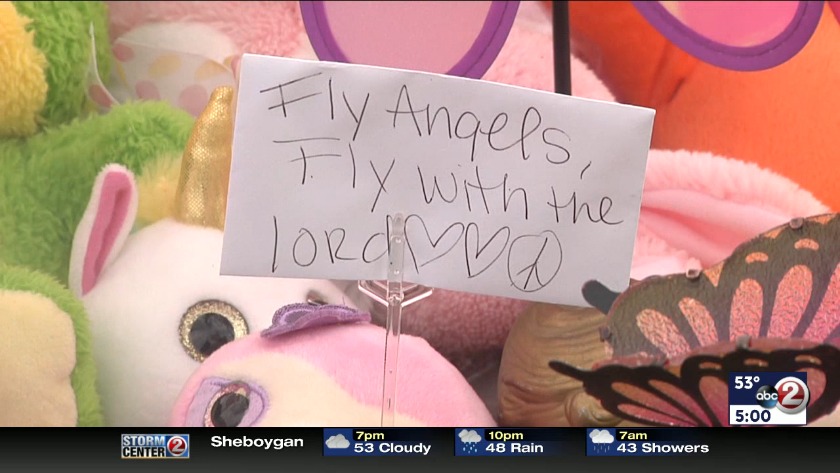 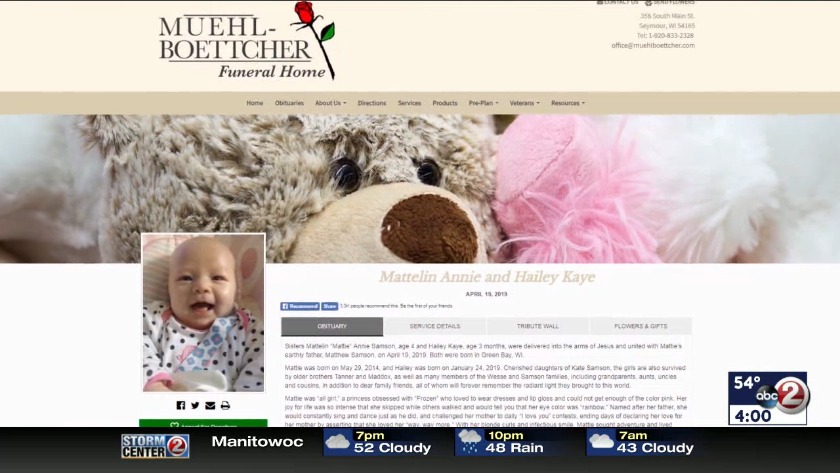 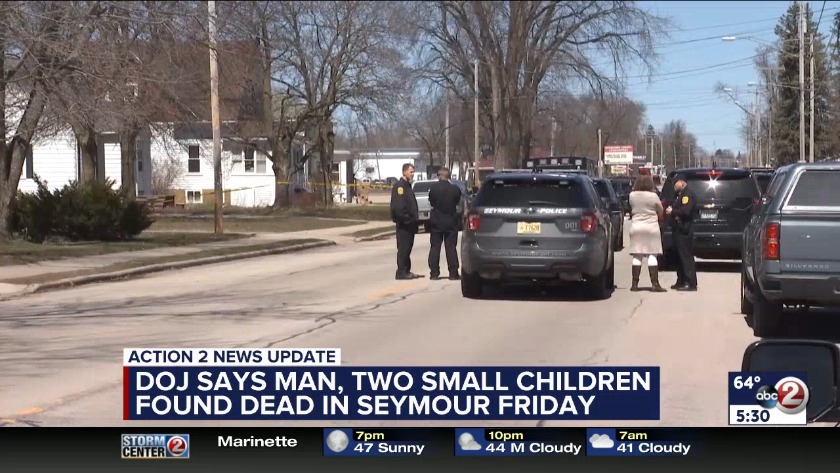 SEYMOUR, Wis. (WBAY) – Visitation and funeral services are set for two Seymour girls who were found dead in a home Friday morning.

An obituary on the Muehl-Boettcher Funeral Home website describes Mattie as "all girl" and a "princess" who loved the movie "Frozen" and the color pink. She challenged her mother to "I love you" contests.

The obit says Hailey was a "heaven-sent gift" for her mother. It describes the little girl as "the best snuggler."

The Wisconsin Department of Justice is handling the investigation into the deaths. The agency has not released any information.

On the night of April 18, Seymour Police were called to the 600 block of North Main Street for the report of a domestic disturbance. Police arrived at about 11:20 p.m. The were unable to make contact with people in the home.

The Outagamie County Emergency Response Team entered the home at 8 a.m. Friday and found the deceased.

The two girls--Mattie and Hailey--were found dead. A 35-year-old man was also found dead. His name was not released. No information was released on the cause of death.

Police said that "the mother of the children victimized, is safe."

Sunday morning police said in a public release: “The family impacted by this tragedy does need to community’s support, and to that effect a memorial fund is going to be established through Muehl-Boettcher Funeral Home.”

The link to donate can be found on the Muehl-Boettcher Funeral Home website. CLICK HERE FOR ONLINE DONATION INFORMATION

Police said they are aware of fundraisers through websites like “Go Fund Me” circulating social media. The family spokesperson could not verify to police the authenticity of those pages. Police have contacted the creator of one page and verified the person who created it was well intentioned; however the page was not coordinated with some of the family members involved.

The safest way to donate is to do so through Muehl-Boettcher Funeral Home, according to police.

The obituary says a visitation will be held Thursday, April 25 at St. John Catholic Church in Seymour. It starts at 3 p.m. and is followed by a funeral mass at 6 p.m.

Action 2 News will continue following this story and post updates as details are made available by police.

The #memorial started by just one man grows in Seymour as the community mourns the loss of two young girls. More about those girls and the latest on the investigation tonight on #Action2News. @WBAY pic.twitter.com/ywAa8vEetd

This morning we are able to release limited additional information regarding the open investigation into the death of three Seymour residents. Please see the attached media release. pic.twitter.com/ZpYgu7ZeJI