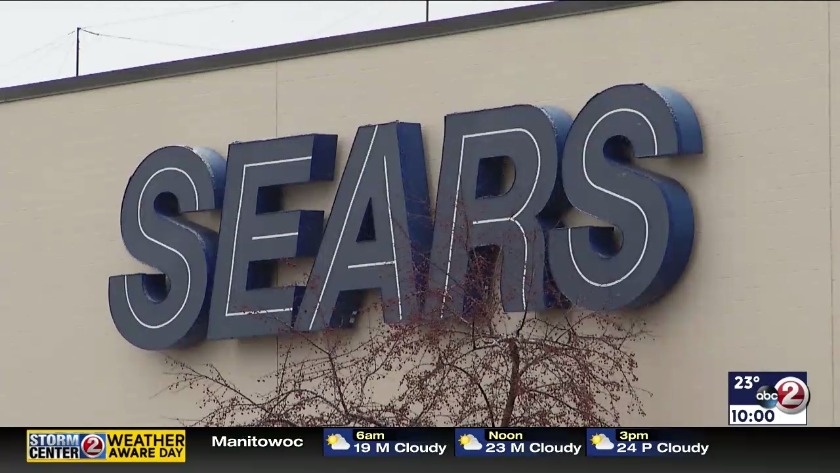 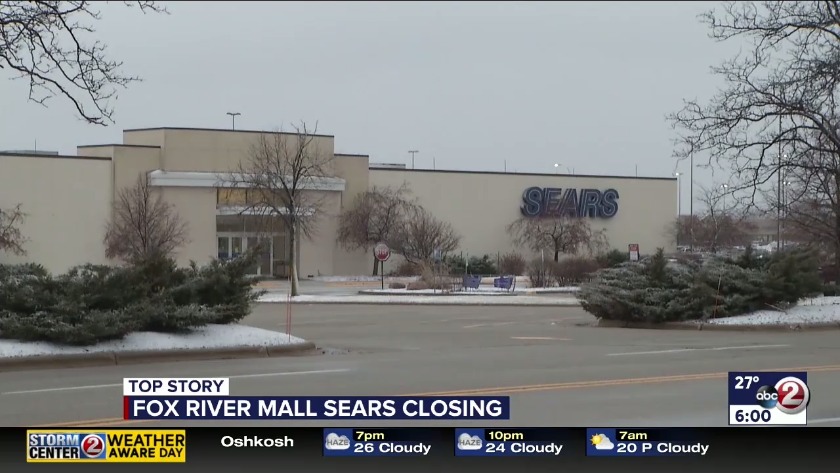 GRAND CHUTE, Wis. (WBAY) - Sears is closing 80 Sears and Kmart stores, including one in the Fox Valley.

On Dec. 27, Sears told employees that it would be closing these stores in March 2019.

Liquidation sales will start in January. The Sears Auto Centers at these stores will also close.

The Sears at the Fox River Mall in Grand Chute is one of the stores that will close.

Sears will also close its store in Oconomowoc.

The retailer says it is accelerating "its strategic transformation" during financial restructuring. In October, Sears filed for Chapter 11 bankruptcy protection. The company announced it would close 142 stores of its roughly 700 stores.

Friday is the deadline for potential buyers to submit a bid for the company's assets.

Now comes the announcement of 80 more stores on the chopping block.

Action 2 News reached out to the Fox River Mall. A spokesperson had no comment on the closure of Sears.

Shoppers were sad to learn of the news about Sears.

"It's kind of sad because they've been around for so long. We wish they could stay along. They have great appliances and stuff, but it's how it is you know," said shopper Susan Torbenson. "I shopped a lot more online this year than ever before and that's kind of the way it's going."

Jerry Lopas of Darboy added, "Kind of heart breaking you know. I've bought a lot of stuff here through the years, Sears Craftsman tools and it's kind of sad to see them go."

We did learn that the Abercrombie and Fitch store at the Fox River Mall closed on Dec. 26.

Inside FVTC's new center for learning about local careers

Inside FVTC's new center for learning about local careers