Return to Vietnam: The Return to Saigon 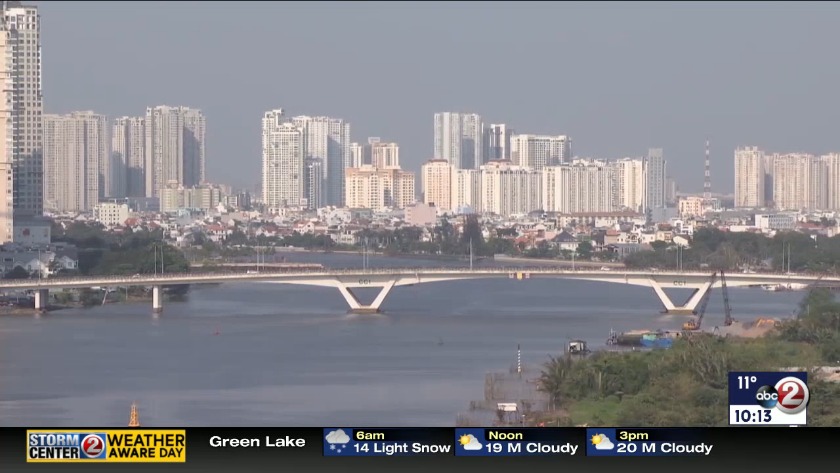 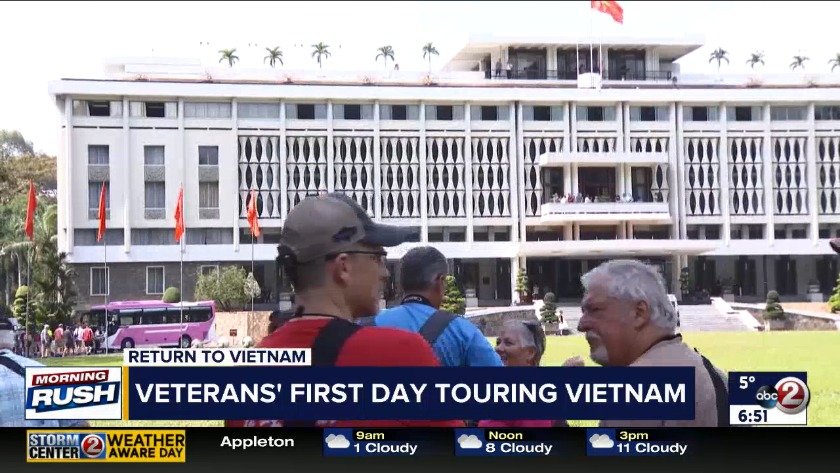 HO CHI MINH CITY, Vietnam (WBAY) - Fifty years ago, most swore they would never, ever go back. But now, more than 50 veterans from Northeast Wisconsin are back in Vietnam as part of the historical "Return to Nam" Old Glory Honor Flight.

Our Jeff Alexander has the honor of traveling with the vets and brings us highlights from the first full day of their emotional two-week journey.

Perhaps more than any other day during their return to Vietnam, today was the day the veterans played tourist.

"What I did was prepare the briefings for the President, for Kissinger, Ambassador Bunker and General Weyand," Elton Scheunemann of Suamico said.

"We were here to help provide gun support for the people as they were evacuating out of Saigon. It was like organized chaos," Michael Sheedy, also from Suamico, said.

For the few who served in Saigon, now called Ho Chi Minh City, the overwhelming sentiment is, wow, times have changed.

"Got up this morning and looked out the window and, oh my gosh, the tall skyscrapers and stuff, none of that was here," Scheunemann said.

"And it was just this long in my life, and the importance that I put on it now for some reason is just huge. So 50 years, the city has changed. It's gotten bigger. It's still the same, crazy Saigon," Keith Johnson from Appleton said.

And from lunch at a Vietnamese restaurant to the street vendor and traffic, the vets experienced the city's culture firsthand.

"The traffic is nuts. It doesn't seem to bother them, but it drives us nuts, and as an MP I drive in the traffic a lot," Johnson said.

"It's just amazing how there doesn't seem to be any accidents. Everybody just kind of pushes their way through," Scheunemann marveled.

And already, just 24 hours in to their return to Vietnam, there is a brotherhood that's growing stronger and a deep appreciation for this journey they're on.

"I never thought I'd be back. I never thought I wanted to be back," Sheedy said, "and when Old Glory Honor Flight told me I had been selected to come on this trip, I was both in awe and honored and humbled at the same time."

"It's a good group of guys, and we're so happy to have the people from Old Glory Honor Flight working for us. Just a super group of people. And also the donors that have donated so much for us," Scheunemann said. "It's really appreciated."

And this journey is just beginning for the men on Old Glory Honor Flight's "Return to Nam." Tomorrow we travel a couple hours northwest to within just a few miles of the Cambodia border to explore the Cu Chi tunnel system.