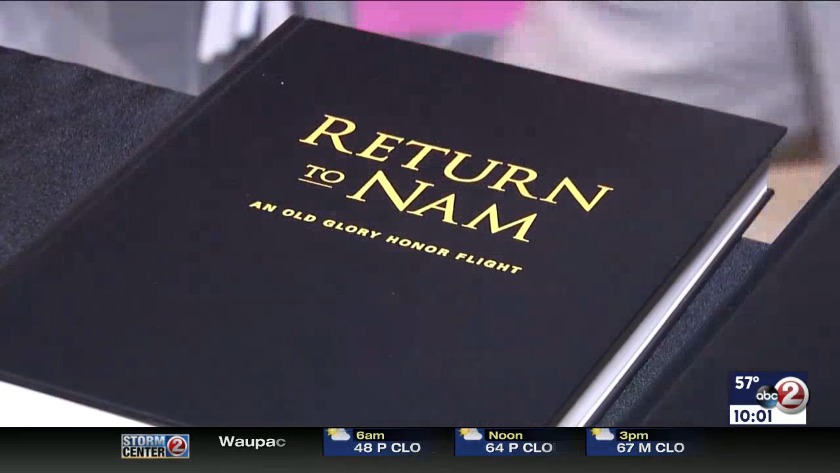 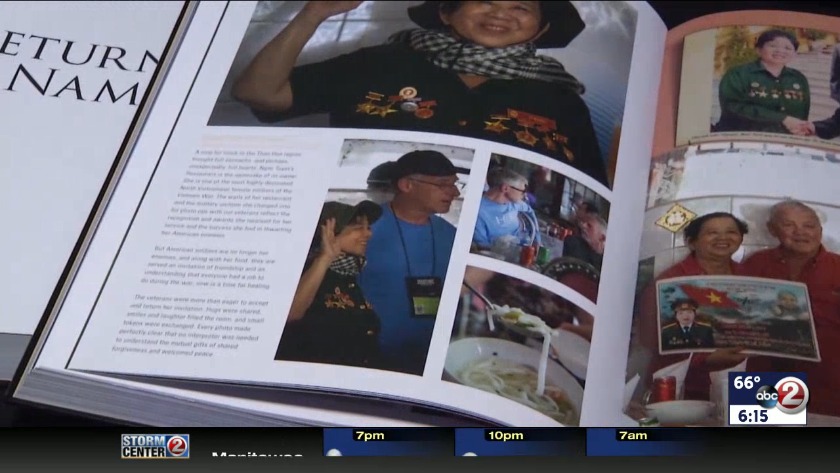 OSHKOSH, Wis. (WBAY) - Veterans who flew this past February on an Old Glory Honor Flight to Vietnam were honored Friday evening at an event in Oshkosh which included the release of a volunteer-produced book and a documentary highlighting stories from those veterans as they made the journey.

The doors opened to the public at 6 p.m., but the veterans who went to Vietnam on that flight were at the EAA Aviation Museum socializing since 4 o'clock in the afternoon.

"This is our rollout. We're rolling out the movie that we locally produced, and it's really an excellent piece of work of art, and then we have a book, a 400-page photo book, telling chronically the story of our travels through Vietnam with these veterans on their return to 'Nam," Old Glory Honor Flight president Drew MacDonald said.

The book and movie showcase the individual stories of each of the 52 veterans who went on this trip.

The movie is expected to be very emotional. We're told the goal is to educate the public about how Vietnam has changed and what it means to those who once fought there.

"They're kind of taking on that role of ambassador and educator, so we want them to take their stories of time in the military plus their time going back and seeing what Vietnam looks like now, and go out into the community and teach people," MacDonald said.

"Nowadays it's hard for them to comprehend what went on over there. That's a big thing, you know? So now, they get to see what our lives were like over there," Vietnam veteran Joe Resop from Berlin said.