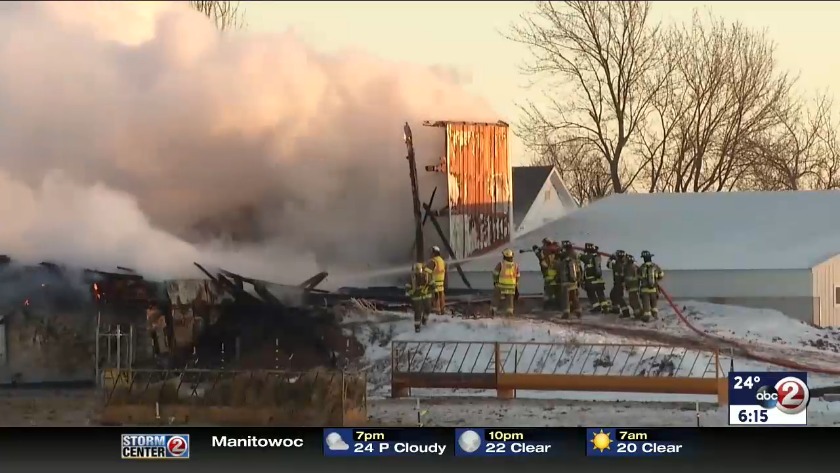 VIDEO: Wisconsin has most barn fires with animal deaths 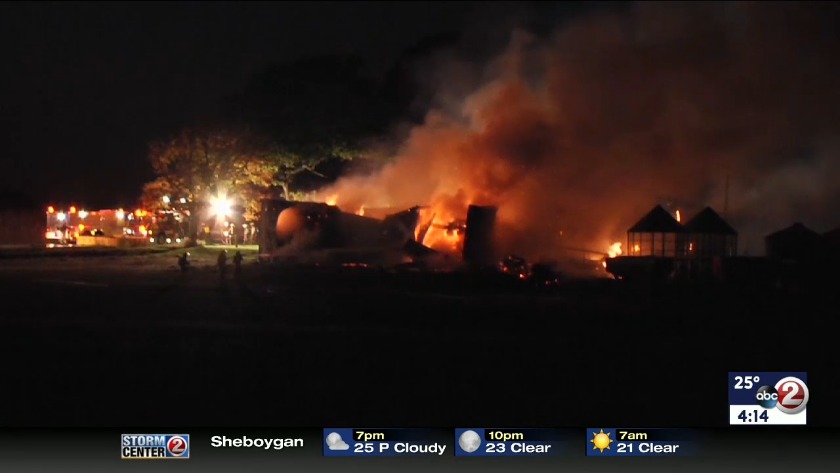 BELLEVUE, Wis. (WBAY) - A new report finds Wisconsin leads the nation in barn fires that result in the deaths of animals.

According to the Animal Welfare Institute, Wisconsin had 19 such fires in 2018, followed by Ohio and New York, each with 18.

During his career, Bellevue Fire Chief Jack Mlnarik has worked in rural areas and witnessed animals lost in barn fires.

"More than you'd like to see. It's always an unfortunate situation when those types of things happen," Mlnarik said. "At the end of the day that's how they make their living, and you want to make sure you can do everything in order to preserve that."

But often times, he says, barn fires are difficult to contain.

"Structure fire could be burning for 15-20 minutes, and that's a pretty big head start on any department, whether they're full-time, paid on call, volunteer, to be able to stabilize that structure."

Another challenge comes after the fire: determining the cause -- although in many cases faulty wiring or unattended heating sources are to blame.

"When it's a barn, a lot of times you get a collapse. A lot of times it's so involved you don't have a chance to get in there and take a look at it and there isn't much left to make a determination."

Unlike homes, in which smoke alarms or detectors can be a life saver, Chief Mlnarik says barns present an obvious challenge.

"You can have all the alarm systems you want, but if there isn't anybody to hear that system going off and make the proper calls that need to be done to alert us or the police department or whoever it may be to get out there and handle the situation, it isn't realistic I guess."

His advice is regular maintenance and consistent caution.

"The biggest thing would be just those steps you know that need to be done, is to take them and just slow down a little bit and make sure you're doing everything you can in order to prevent something bad from happening."