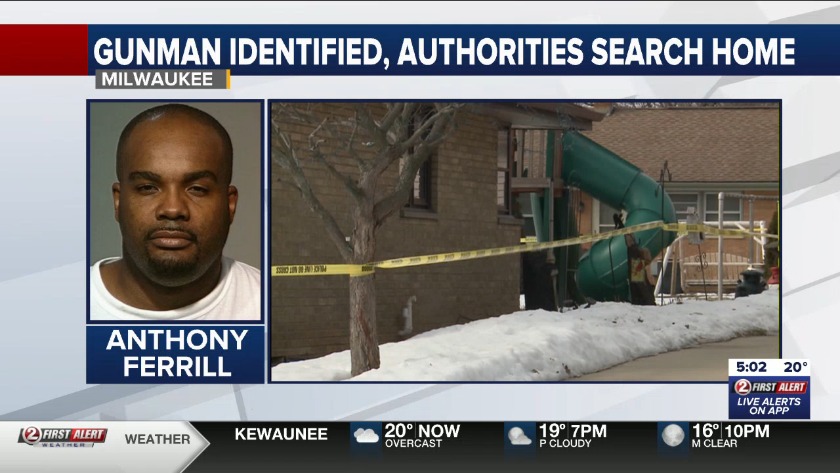 WATCH: What we know about Molson Coors shooter 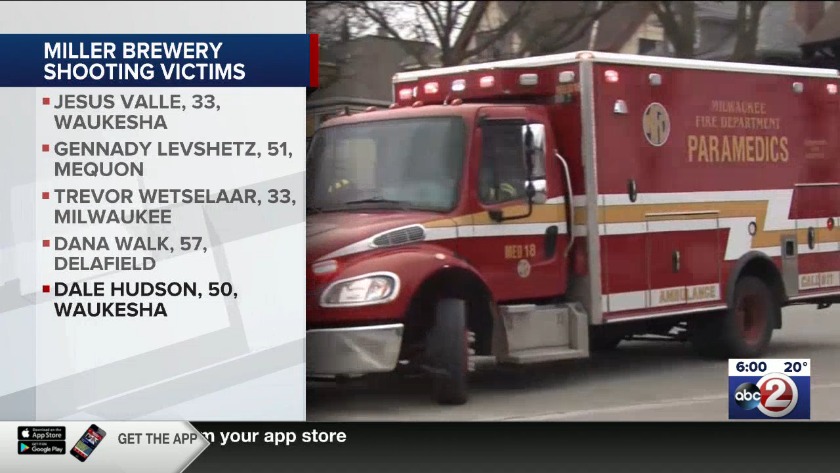 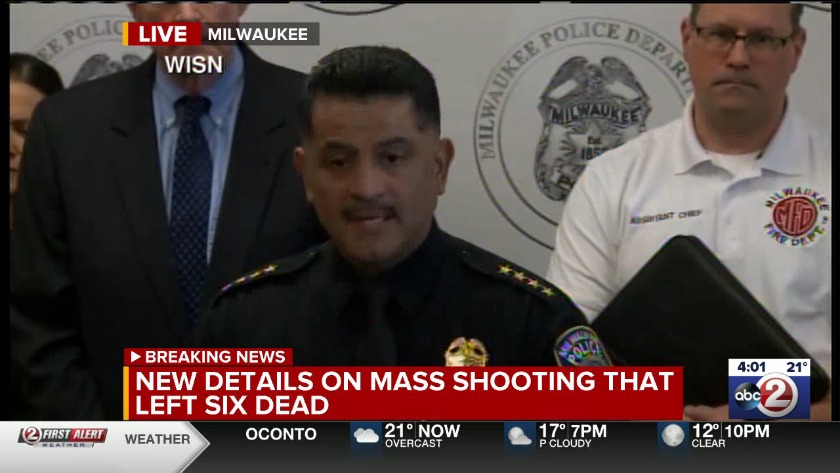 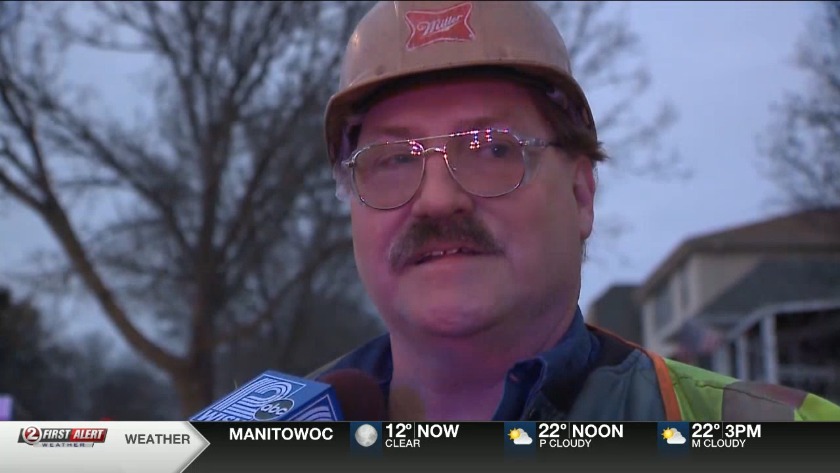 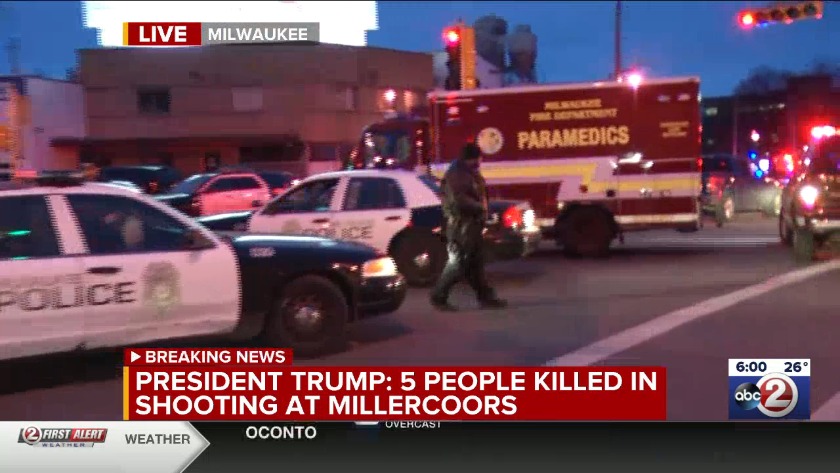 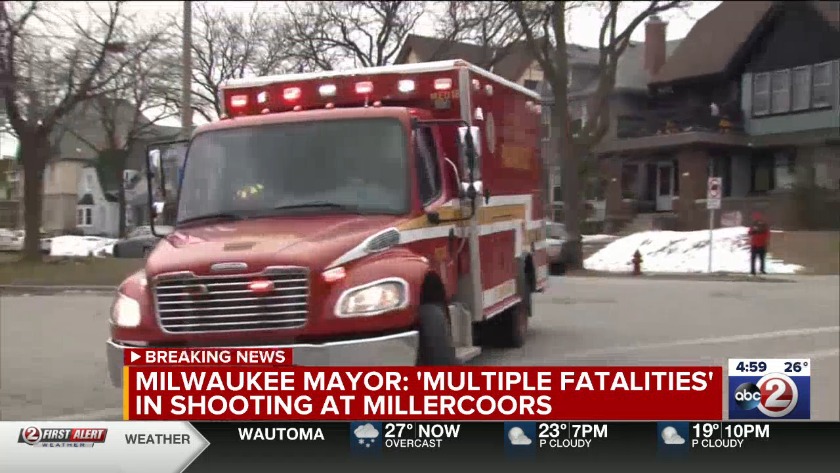 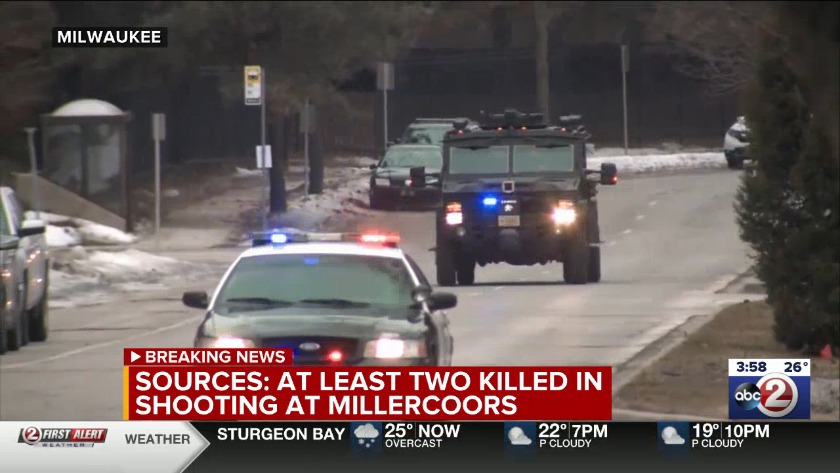 MILWAUKEE (WBAY) - Milwaukee's police chief identified the shooter and the five victims of Wednesday's shooting at the Miller brewery at a news conference Thursday afternoon.

The shooter was 51-year-old Anthony Ferrill of Milwaukee.

His motive for the shooting is still under investigation.

Neighbors told our sister station WISN that Ferrill was an electrician at the brewery for more than 10 years.

Wisconsin Gov. Tony Evers has ordered flags in the state to fly at half-staff in honor of the victims of the Molson Coors shooting.

Ferrill opened fire at the Molson Coors campus in Milwaukee Wednesday, killing five employees before turning the gun on himself.

“I want to say thank you to the folks at Molson Coors and our first responders who acted quickly to contain the situation and get folks and students in the nearby areas to safety," reads a statement from Sen. Ron Johnson. "We are still learning more details about what happened at Molson Coors earlier today. What we do know, though, is that more lives were lost in a mass shooting in Wisconsin. Our hearts go out to the families of those whose lives were senselessly taken today, all of the folks and workers at Molson Coors, and the entire Milwaukee community as we grapple with yet another act of gun violence that will have long-lasting consequences for this community and our state.”

Chief Morales said Ferrill was dead when police arrived. The victims, who were all employees, were found in the same building. No one outside the plant was harmed.

The first reports of a shooting came shortly after 2 o'clock Wednesday afternoon. A recording of a police dispatcher relays there is a report of an active shooter, one person shot, and it is an "unsafe scene." An officer on the scene found people performing CPR on a victim.

A Molson Coors employee said she received an email about an active shooter near Building 4. Employees were sheltering in place. By 4 p.m. they were being allowed to leave with police escorts who took them to a staging area to be reunited with family members. Many left behind personal items, even their coats.

"We were very quiet sitting in that office, like a little mouse you know? We didn't want to come out and show ourselves," said said Randy Chenowith, Molson Coors employee. "We didn't know, who is this guy? What's going on here?"

Officers were searching the large buildings on this sprawling complex. Morales said more than 1,000 people were working at the time and they needed to do a headcount to find if anyone is unaccounted for.

The chief declined to confirm media reports that the suspect was recently fired. He said more information would be released Thursday.

Morales said the victims won't be publicly identified for 24 to 48 hours, after all of their families have been notified.

"Think about the families, because there were five individuals, six who went to work today just like everybody goes to work, and they thought they were going to go to work, finish their day, and return to their families. They didn't and tragically they never will," Mayor Tom Barrett said Wednesday afternoon.

"The hearts of the people of Wisconsin go out to the folks who were needlessly murdered at Molson Coors this afternoon. The first lady and I will be praying tonight together for the lives that have been lost," Gov. Tony Evers said.

Gov. Evers came to the scene Wednesday evening. At the police news conference, the governor asked for a moment of silence. "My role here tonight is to bring prayers from the people of Wisconsin for the loss of life that occurred."

Molson Coors executives rushed to Milwaukee. CEO Gavin Hattersley told reporters, "We're a family here at Molson Coors in Milwaukee, and this is an unthinkable tragedy for us."

"It is a horrible, horrible day for employees here. It is a very rough day for anyone close to the situation," Mayor Barrett said.

Before he addressed the country on the coronavirus, President Trump gave his condolences to the victims of the shooting and their families.

"Our hearts break for them and their loved ones. We send our condolences. We'll be with them. And it's a terrible thing, terrible thing."

A school adjacent to the brewery complex was put in lockdown. WISN's helicopter showed students being led to school buses shortly before 3:30. About 30 minutes later, Milwaukee Public Schools released a statement saying students would be allowed to leave on buses or with relatives but would not be allowed to walk home without an adult.

The campus is located near N. 35th St. and W. Highland Blvd. It's widely known in the Milwaukee area as “Miller Valley," a reference to the Miller Brewing Co. that is now part of Molson Coors.

Copyright 2020 WBAY. The Associated Press contributed to this report.

"I want to say thank you to the folks at Molson Coors and our first responders who acted quickly to contain the situation and get folks and students in the nearby areas to safety. We are still learning more details about what happened at Molson Coors earlier today. What we do know, though, is that more lives were lost in a mass shooting in Wisconsin. Our hearts go out to the families of those whose lives were senselessly taken today, all of the folks and workers at Molson Coors, and the entire Milwaukee community as we grapple with yet another act of gun violence that will have long-lasting consequences for this community and our state."

"Our thoughts and prayers are with the families and friends of those who were killed or injured in the devastating workplace shooting in Milwaukee on Wednesday. Our hearts go out to everyone affected during this unimaginable time.

Acts of violence like this shake our communities to their core. We all deserve to feel safe at home, at work, and in our community.

We are grateful to the first responders and law enforcement personnel who responded to this tragic incident. We appreciate their brave work and dedication to our community.

Molson Coors is a part of our community and we are a part of theirs. They have been a part of Milwaukee’s near west side for over 100 years. We grieve over the loss of life and pledge to work to build the safest community we can. We are grateful for all that Molson Coors has done in conjunction with the Near Westside Partners to bring our neighborhoods together."

"Gun violence has taken too many lives in Milwaukee, and the mass shooting today is heartbreaking.

"I want to thank the first responders who ran into harm's way and saved lives. My office is standing by to help the #MKE community in the wake of this tragedy."