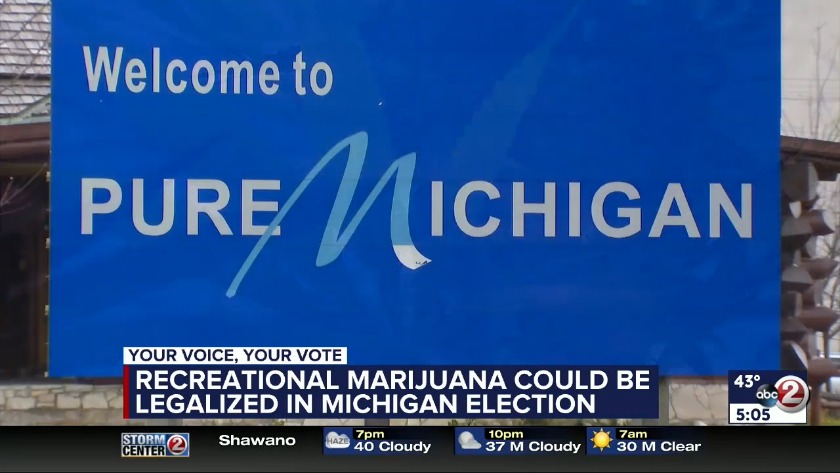 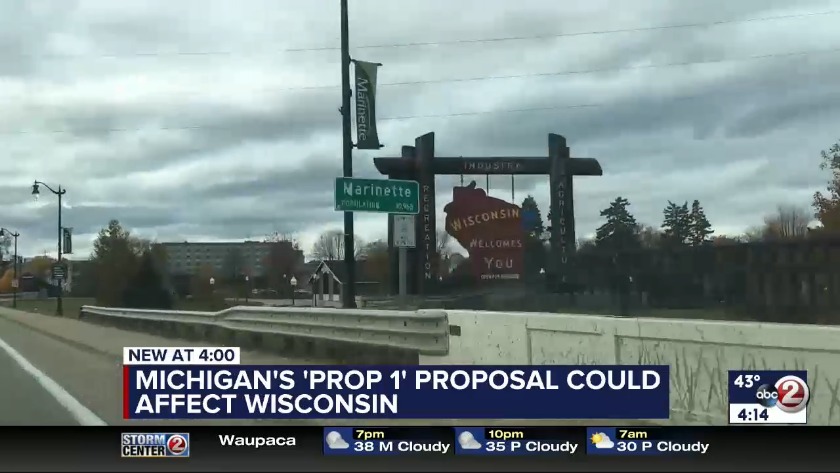 VIDEO: What if Michigan legalizes marijuana?

On Tuesday, Proposal 1, or “Prop 1,” will be on Michigan ballots letting voters decide.

If it passes, it would be legal to buy, sell and grow marijuana in Michigan with the correct permits.

While medical marijuana has been legalized for a decade now in the Great Lakes State, next Tuesday’s ballot shows the option to legalize recreational marijuana, too.

As some parts of Wisconsin border Michigan cities, that could mean Wisconsinites see the effect as well.

“Wisconsin citizens would likely come over [to Michigan] to enjoy recreational marijuana and then presumably drive home to Wisconsin,” says Jeffrey Rogg of Menominee, Michigan.

“I think it's bad for our citizenry as a whole. I'm in particular worried about the increased drugged driving that I believe would ensue if this initiative passes,” he tells Action 2 News.

He says if Prop 1 passes, that uptick in drugged driving could cross the river in Wisconsin.

“We are a border city here with our sister city Marinette, and a lot of ... this is almost like one community,” Rogg says. “A lot of Wisconsin citizens wind up in the Michigan courts.”

Others equate recreational marijuana use to drinking alcohol, saying it’s OK as long as users are of age.

“I think it's fine. It should have been done a long time ago,” says Scott Scifo of Menominee, Michigan. “I don't really see a problem with it. I mean more people are killed in one month due to drunk driving and alcohol than probably 20 years of any marijuana use, medicinal or otherwise.”

A recent poll by the Detroit News shows 57 percent of participants would vote yes to legalize marijuana in Michigan.