Parents waited and worried before being reunited with students 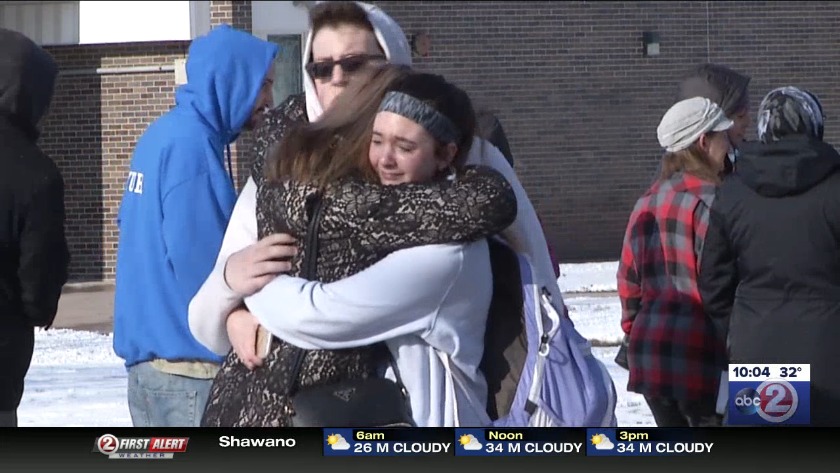 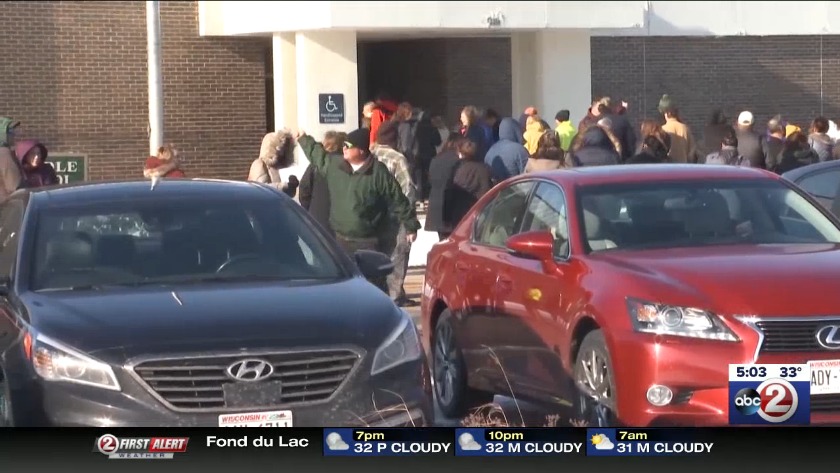 OSHKOSH, Wis. (WBAY) - Students we spoke with after the events at Oshkosh West High School told us they felt a rush of fear the moment this all unfolded.

Parents were also consumed by panic, not immediately knowing if their child was safe.

There was a lot of nervous waiting at Perry Tipler Middle School. The hundreds of students bused in from Oshkosh West waited in the gym to be reunited with their parents, who waited in a cold, single-file line
outside that wrapped around the building.

Some parents waited for more than an hour to see their children.

"I got a hold of my child right away, and he was good," mom Tracy Temme told us.

Within minutes of the shooting, students like Emma Hass began texting family.

"I was scared, like, for my mom and my brother, because I wasn't sure if I would ever see them again, but I'm thankful I got up," Emma said tearfully.

Students said calling their parents was one of the first things they wanted to do after the shooting.

"I was grabbing anybody's phone," Alexis Watkins, a freshman at West, said. "My friend, Hailey, her phone was turned on, luckily, so I was like, I need to text my mom."

But some parents without that confirmation were left worrying.

"I got a hold of my eldest first, and then I tried to get a hold of my son. I couldn't get a hold of him for 40 minutes, and all I heard was that something bad happened with a boy. It was just terrible," mom Aleena Volz said.

"My phone lit up, they were evacuating the school, and there was an officer involved in the shooting, so I felt pretty confident my kid was safe but I was still scared about what happened here and that this is taking place in my community," dad Jason Smith said.

Parents like Smith went right to the middle school.

"I know he wasn't involved in it, but I can't help, but just want to hug him and just be with him right now," dad Jason Smith said.

Reunited, families are now trying to process how a normal day at school suddenly became terrifying.

John Seelman, who's a pastor at Immanuel Lutheran Church across the street, began taking video of the evacuation. It shows someone being brought out of the school on a stretcher and placed inside an ambulance.

"It can happen, but you just don't expect it to be here," Temme said.

Everyone called it a long and emotionally exhausting day.