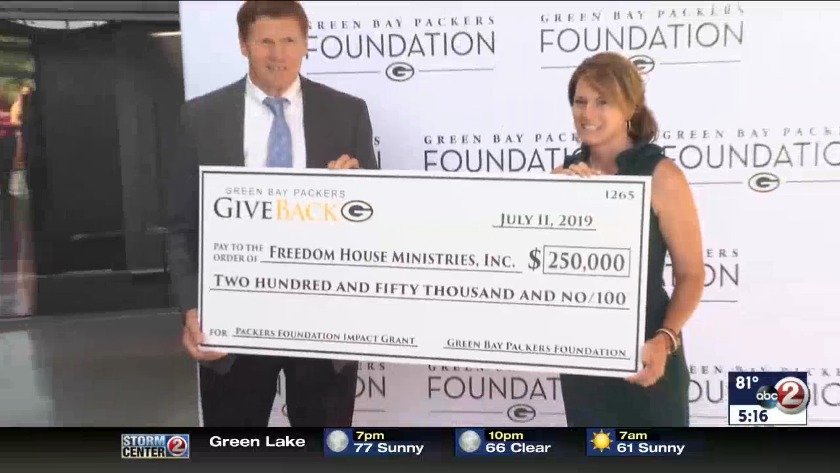 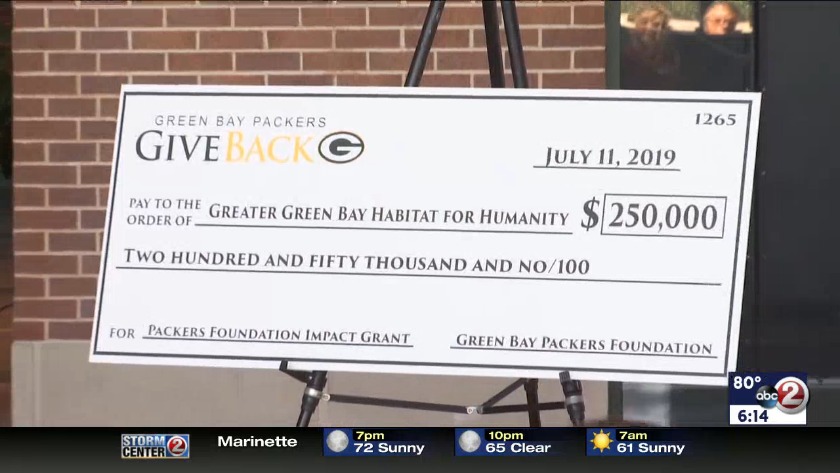 GREEN BAY, Wis. (WBAY) - The Green Bay Packers Foundation is giving back to the community, awarding three organizations with impact grants each worth $250,000.

The foundation says each plays a critical role in bettering the community and helping people in need.

Freedom House says the money will pay for building a new facility for homeless families.

"It's going to be constructed hopefully by November, is the completion date. It will house 60 families," Freedom House director Nicole Schneider said.

Habitat for Humanity said the grant brings it closer to reaching its home-building goal.

"We've got a $3.5 million goal we're trying to hit. Three-quarters of the way there. We need this grant," executive director Cora Haltaufderheid said.

Give Big Green Bay says the money will establish matching funds for its third year of raising money for local non-profits.

The Packers Foundation has given more than $11 million to charitable causes since 1986, including $4.5 million in impact grants for the past six years.

"They are the steam engine that leads us all in this community," Haltaufderheid said of the Packers, "and when they get behind something, you know they've done their homework. It's a great organization, and we are so excited."

"It really is unique to be in Green Bay and with the Packers and the way they constantly gave back. They have many granting programs, and obviously the impact grants partnering with Give Back Green Bay shows how much the Green Bay Packers care about the Green Bay community," Schneider said.