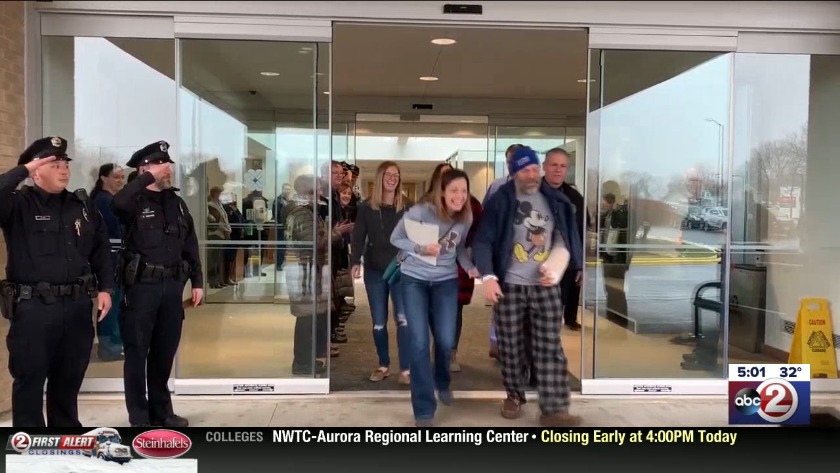 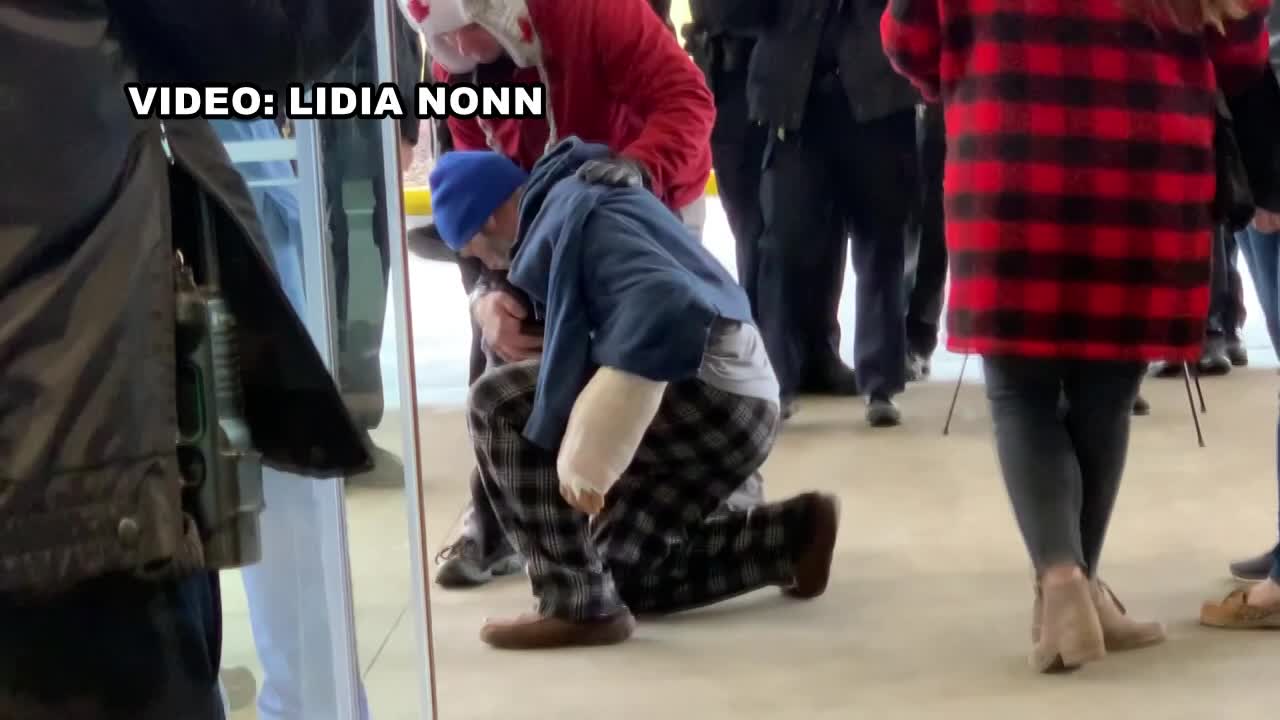 Police from across the Fox Valley escorted Officer Michael Wissink from ThedaCare Regional Medical Center-Neenah back to his home in Oshkosh.

The escort was a surprise for Officer Wissink. Photos and video on social media and shared with Action 2 News show Officer Wissink walking out of the hospital to applause and a warm greeting from his colleagues and his dog, Duncan.

ThedaCare staff say Officer Wissink is doing well in his recovery. CLICK HERE to watch the hospital's video of his release.

The police escort passed by Oshkosh West along Eagle St. Students and staff lined the street to greet the officer who has been hailed as a hero.

Officer Wissink was hospitalized last Tuesday after he was stabbed by a student in his office at Oshkosh West. Wissink fired at the 16-year-old student, hitting him once.

Officer Wissink is a 21-year veteran of the Oshkosh Police Department. He has been a school resource officer since 2017.

The 16-year-old student is being held at the Winnebago County Jail on a charge of Attempted 1st Degree Intentional Homicide.

The Winnebago County District Attorney's Office says a magistrate signed a probable cause statement that allows authorities to hold the teen until a court appearance is scheduled.

Action 2 News is not identifying the boy until formal charges are filed and he makes an appearance in court.

“We are incredibly thankful to Officer Wissink for his actions last week. Today we had an opportunity to show him how grateful we are for his commitment to keeping our students and staff safe. It is an honor to have such a strong relationship with our local law enforcement agencies and we are so appreciative to the Oshkosh Police Department for having school resource officers in our schools.

Officer Wissink’s actions represent the incredible work of so many in our community, as we partner together each and every day to ensure that our schools are safe and welcoming places for our students, staff members, and families.

Again, we were honored to be able to show Officer Wissink and our law enforcement partners how much we support them as they serve and protect us by having staff, students, parents, and community members participate in today’s motorcade.

Our thoughts continue to be with our families, community, and officers as we continue to heal and grow stronger, together.”
Events unfolded at Oshkosh West High School at 9:12 a.m. last Tuesday. Winnebago County dispatchers received a call from Officer Wissink requesting help and an ambulance. Two minutes later, the first responding officer arrived at the school at 375 N Eagle St.

"It was determined that there was an altercation at the SRO's office between the officer and a 16-year-old student. Initial reports saw that the student produced a weapon and stabbed the officer, at which time the officer fired on the student, striking the student one time," said Oshkosh Police Chief Dean Smith.

No other students were hurt, according to the police. Smith says investigators believe only one student was involved.

CLICK HERE for full coverage of the events of Dec. 2.

Oshkosh West High School was placed on lockdown. Students were safely reunited with parents at a nearby middle school.

The Wisconsin Department of Justice Division of Criminal Investigation is handling the investigation of the officer-involved shooting, which is required by state law.

Back to normal? Oshkosh West students head back to class

The whole school lines the sidewalks to show out support and gratitude for Officer Wissink. pic.twitter.com/crSzwP95yl

Large number of students, parents and other members of Oshkosh community gather outside the Oshkosh west High school and our mosque in honoring Officer Wissink today. pic.twitter.com/eK3Rn7wmQa

Officer Wissink is greeted by OPD and others (including his dog Duncan) as he is released from the hospital today. His large police escort is heading past @OshkoshWestHigh. pic.twitter.com/GSH8lV8ZZK