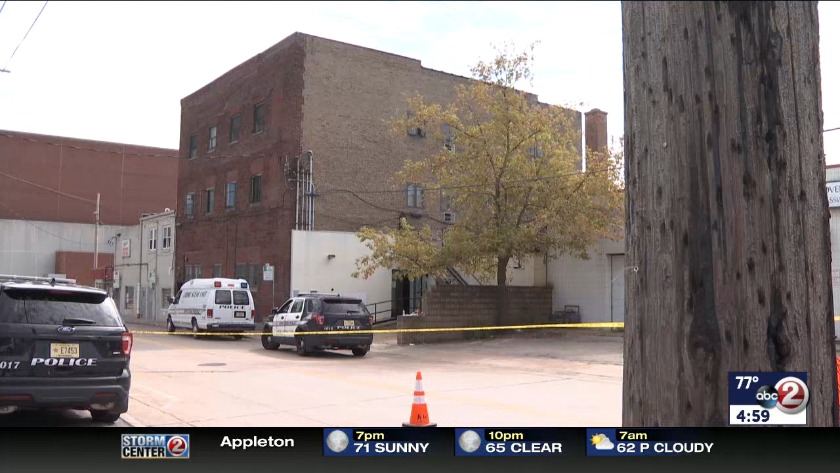 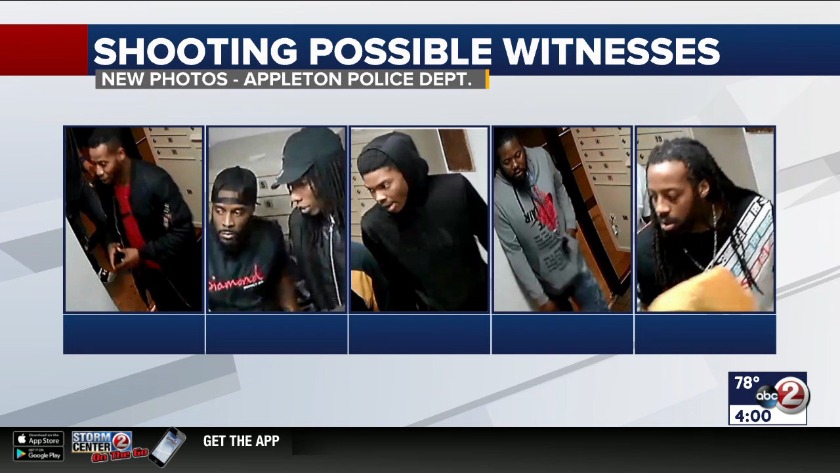 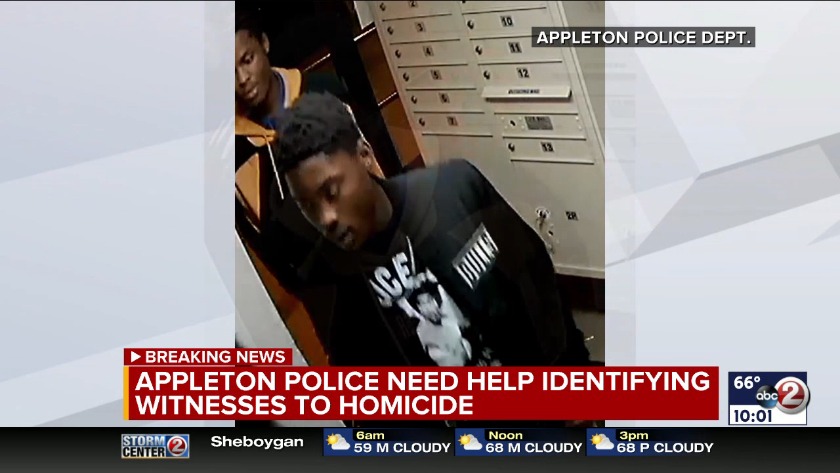 Appleton police roped off the 500-block of W. Johnston St. on Sept. 15, 2019, while investigating a suspicious death (WBAY photo)

"We have identified all of the individuals we have previously posted on social media and are asking again for the public’s assistance in identifying the two individuals pictured," reads a post on the department's Facebook page.

The new photos released Friday have been added to the bottom of this story.

Police were called to check on the welfare of a man who wasn't responding in a building on the 500-block of W. Johnston St. at 5:40 a.m. Officers arrived and found Higgs was already dead.

According to a statement from Appleton police, they've learned there was a gathering in the basement earlier, and there was "some type of disturbance... between several individuals and multiple gunshots occurred."

So far, no one has been charged in connection with the case.

"Investigators are diligently working on interviewing and locating witnesses from the incident," police said in Tuesday's statement.

"We just hope people continue to help us identify people. We've been very successful with people reaching out to us and helping us identify those folks and we want to continue to do that," says Officer Meghan Cash, Appleton Police Dept.

If anyone has an information regarding the man's death, you are asked to contact the Appleton Police Department at 920-832-5500.

Arrest made in Wisconsin murder mistaken for a hit-and-run

Arrest made in Wisconsin murder mistaken for a hit-and-run