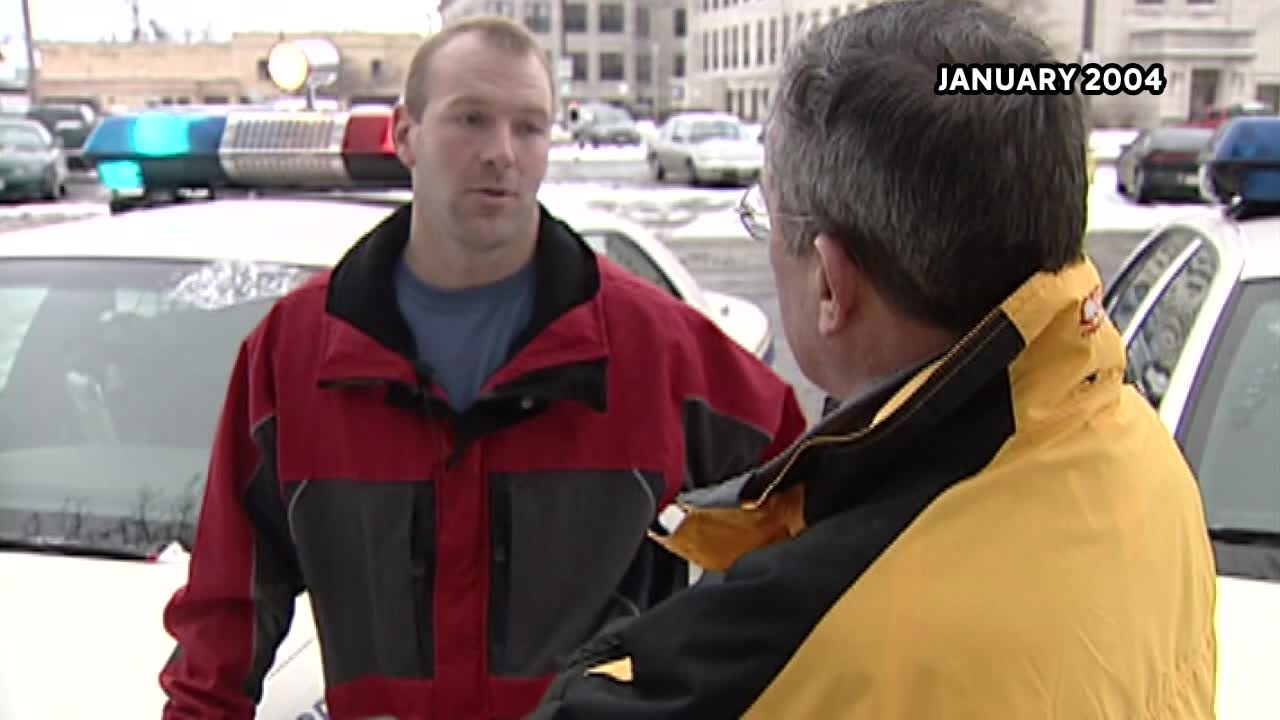 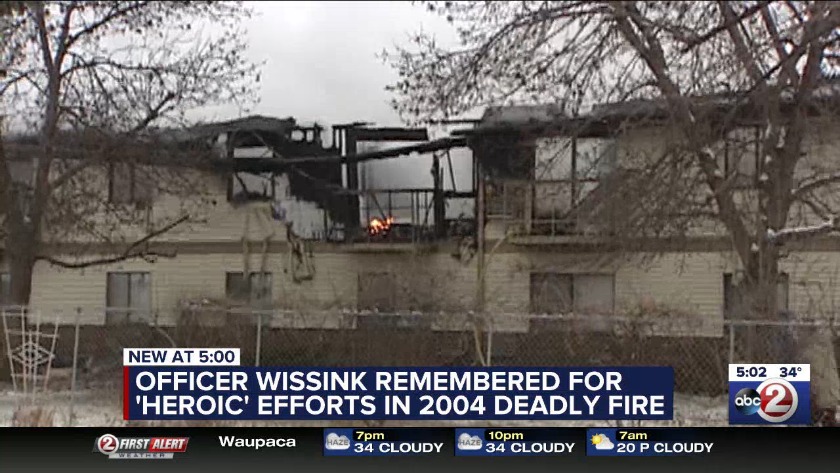 OSHKOSH, Wis. (WBAY) -- After 15 years, the fire still stands out in the minds of veteran firefighters with the Oshkosh Fire Department.

"In January of 2004, we had a huge fatal fire, unfortunately fatal fire, over at Simmeanna here in Oshkosh," said John Holland, public information officer with the Oshkosh Fire Department.

Before crews arrive, the fire caught the attention of off-duty police officer Michael Wissink who lived nearby.

"The last thing we want is people running in to help people even if they are police officers without the correct equipment on, but he did, and like I said, got a lot of people out of there very quickly," said Holland.

In an interview after the fire, Wissink told Action 2 News about how he jumped into action and ran over to the apartment complex in his pajamas to alert the people living inside and help them get to safety.

"On the ground floor I pounded on doors, and then eventually, I asked where the steps were," said Wissink in the 2004 interview. "They showed me where the steps to the second level were."

His actions earned him the Medal of Valor for going above the call of duty.

Holland says he is not surprised Wissink stepped up once again on Tuesday when faced with violence in his position as the School Resource Officer (SRO) at Oshkosh West High School.

District officials also praise him for his response.

"We are indebted to him. His actions were heroic and there's no other way to describe that," said Dr. Vickie Cartrwright, superintendent of the Oshkosh School District.