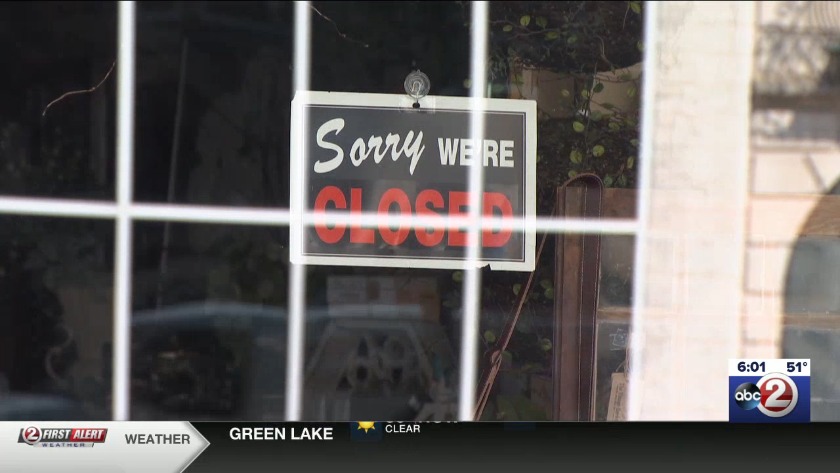 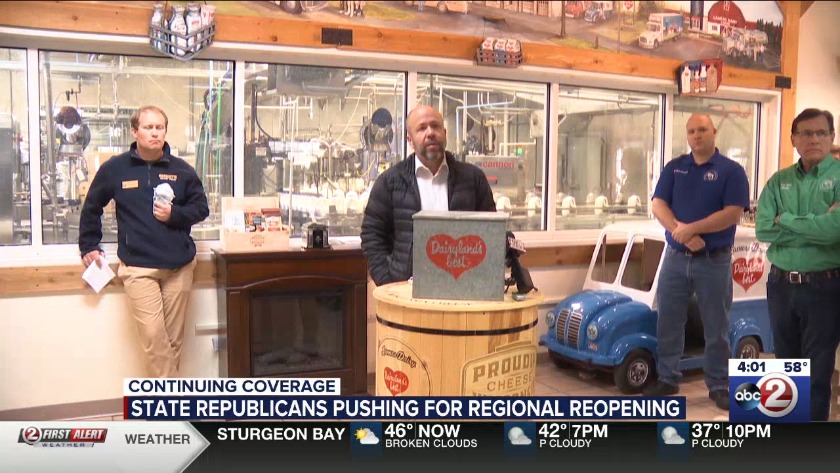 APPLETON, Wis. (WBAY) - Some Republicans from Northeast Wisconsin continue to push for the state to reopen, only this time they are asking for it to be done on a regional basis.

Rep. Ron Tusler of Harrison says, "According to the Wisconsin Restaurants Association, half of our restaurants will not reopen. UW-Oshkosh reports 35% of all Wisconsin businesses are closed for good. Badger Institute says the shutdown costs the state $179 million every day."

Citing a health care system that hasn't been taxed with COVID-19 patients but ready should a surge occur, these local Republican lawmakers believe certain parts of the state should be able to to get back to business.

"We truly believe that there is a way to move this state forward and protect the health and safety of our citizens while also keeping an eye on the economic reality that so many are facing," say Rep. Jim Steineke of Kaukauna.

While the lawmakers don't have a blueprint for the regional reopening, the belief is with other businesses and industry open -- smaller retailers should be able to open with some restrictions and precautions being taken.

Rep. Steineke says, "I think the idea is that in those regions that are less affected that you would start to allow businesses to reopen, obviously with social distancing in mind, probably capacity limits, things of that nature, but we're not going to negotiate those details out in public we really want to work with the administration on what that should look like going forward."

Steineke says this isn't a partisan issue and both sides should be working together for the greater good of the state.

Democratic Gov. Evers told Action 2 News in a one-on-one interview he isn't opposed to a regional approach but he wants to hear a more detailed plan from Republicans. He says reopening a region or county because it has a low number of coronavirus cases and deaths could attract visitors from areas with higher infection rates (read more about that interview).