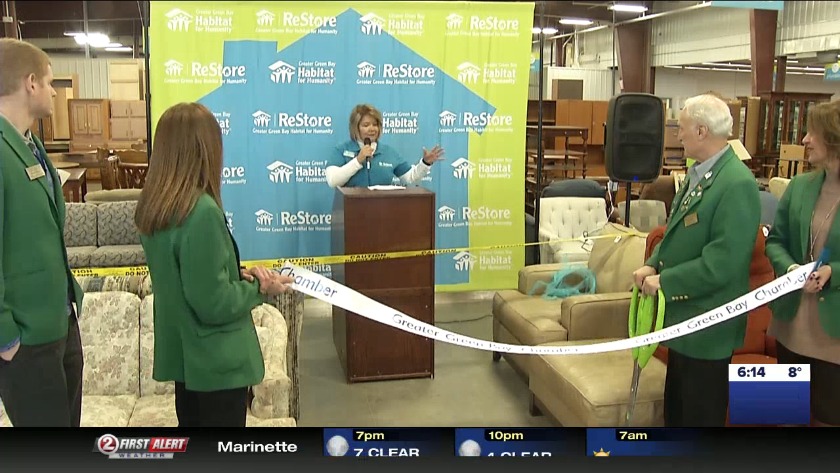 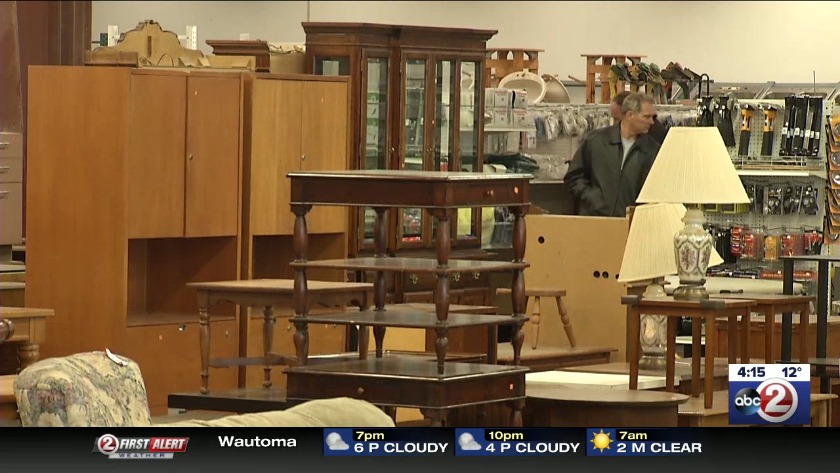 BELLEVUE, Wis. (WBAY) - Double the size to donate and shop, and increasing its mission of building affordable homes in the community. Greater Green Bay Habitat For Humanity says that's impact of its new ReStore in Bellevue.

After 10 years at its original location, Greater Green Bay Habitat For Humanity realized that to grow its mission it had to move its ReStore to a bigger building.

A former printing business at 1967 Allouez Ave. in Bellevue fit the bill perfectly.

"There's 900 ReStores in the United States, 500 of us all get together and share numbers and it was a proven fact that you had to have 20,000 square feet in a metropolitan area of our size to hit the number we needed, in order to get over a million dollars we needed to have 20,000 square feet," says Cora Haltaufderheid, Greater Green Bay Habitat For Humanity Executive Director.

With 24,000 square feet, the ReStore has doubled in size and creates a guaranteed funding arm for the non-profit to grow it's programs.

At Tuesday's grand opening, Habitat For Humanity staff repeatedly thanked the 900 volunteers who are the foundation of the non-profit.

"Knowing that what we do here puts people in homes that couldn't otherwise afford it, and we get so many of those people that come in, are so grateful for being able to own their own home," says Gary Sargin, entering his fourth year as a Habitat volunteer.

Over the past 30 years, Habitat has built 116 homes in Brown County, and that number will now start to increase faster.

"Depending on donations, because we can't go out and buy our product, it's all dependent on donations, but literally we're hoping anywhere between three and five additional homes, so we could be at 13-15 homes a year in our community," says Haltaufderheid.

Oshkosh man hopes to inspire others through amazing weight loss

Oshkosh man hopes to inspire others through amazing weight loss