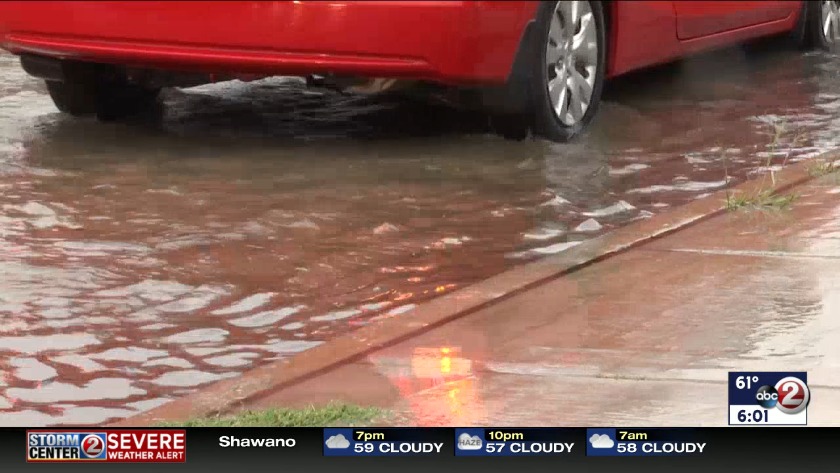 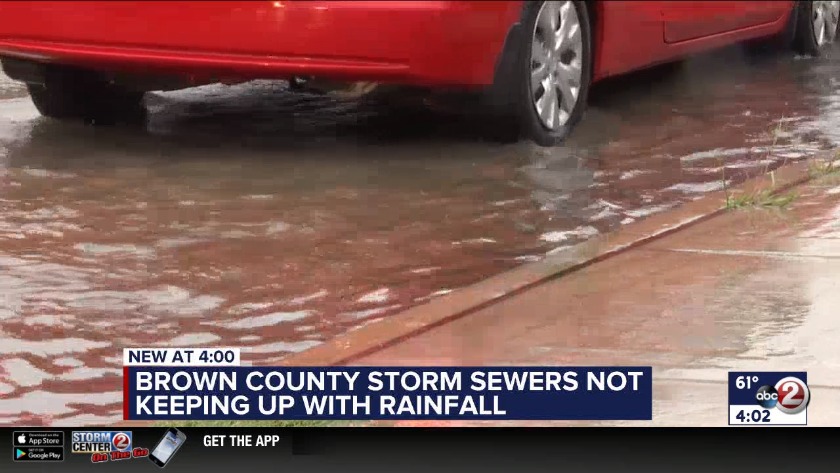 The facility is working with the county and it's taking extra precaution this week, while the area's highway department does the same.

NEW Water Executive Director Tom Sigmund said this week's rain is keeping the facility on high alert. “Normally we're around 40 million gallons a day or flow coming into both of our treatment plants, right now we're about 120, so about three times normal and it's still rising,” said Tom Sigmund, NEW Water’s Executive Director.

The influx of water is clear meaning it's not wastewater and it’s coming in through cracked pipes plus an overwhelmed sewage system. NEW Water is keeping a close eye also protecting its lift stations. A concern is an electrical outage causing one to go down.

“Which could put us out of service for a long time which means that we can't pump that water anymore and that water is going to stay in people's homes in the pipes,” said Sigmund.

Coincidentally, NEW Water had sand bag pickup with the county's highway department, dealing with some of its own issues.

“Mostly minor flooding on the roadways, runoff, from the ditches and from the storm sewers, right now the storm sewers are not keeping up with the amount of water that is coming down,” said Michael Piacenti, Operations Manager for the Brown County Highway Department.

The highway department is again urging people to stay away from high water, both on foot and in your vehicle.