Missing absentee ballots, tied to voters in Oshkosh and Appleton 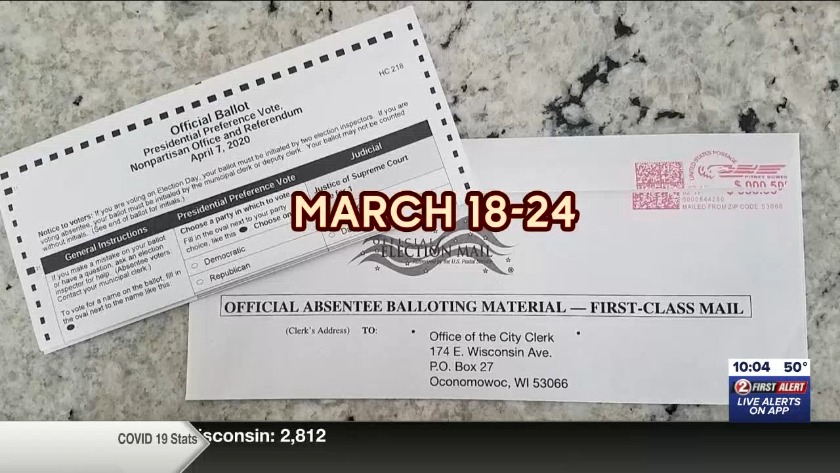 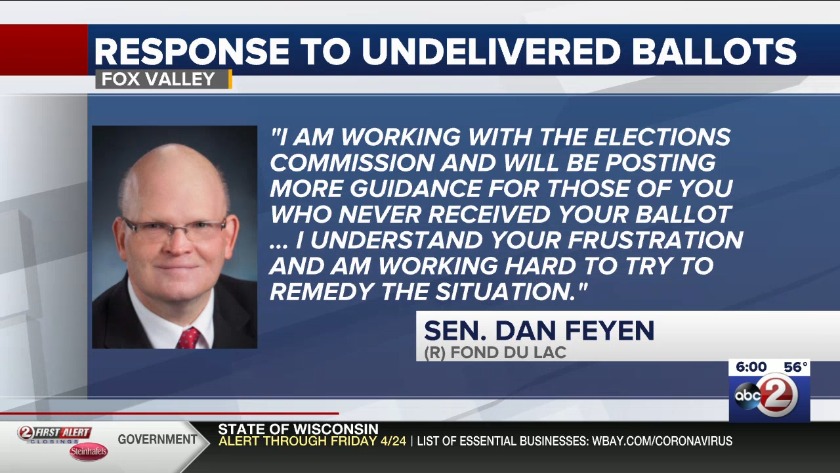 OSHKOSH, Wis. (WBAY)- A complaint has been lodged by a Fox Valley state senator with the Wisconsin Elections Commission over missing absentee ballots which were discovered Wednesday in a Milwaukee postal processing center.

Those ballots were tied to voters in both the Oshkosh and Appleton area.

According to State Senator Dan Feyen, a Fond du Lac Republican, three bins of ballots were found by a postal worker after he lodged that complaint saying a number of his constituents never received a requested absentee ballot.

"My understanding is, these are ballots that never ever were cast. They just never were sent to the person," Feyen added.

Feyen says the people he spoke with in the Oshkosh area that never received an absentee ballot made that request between March 18th and 24th.

The ballots should have arrived through the mail two days later.

Election officials say they found out about the issue with the postal service Wednesday morning.

"We tried to get some follow up on exactly what that meant in terms of if those are outbound or ballots being returned from the voter and we don't have answers on that, at this point, in terms of what ballots they might have that they're still processing," said Meagan Wolfe, Administrator with the Wisconsin Elections Commission.

Among those not receiving an absentee ballot was the state's top Democrat in the Assembly.

Representative Gordon Hintz said in the statement, "It's not surprising there would be absentee ballot issues given the surge in demand and chaos of having an election that did not need to, and should not have been held during this public health emergency."

Both Hintz and Feyen and calling for answers.

An investigation is being conducted, which could result in changes being made that would impact the November election.