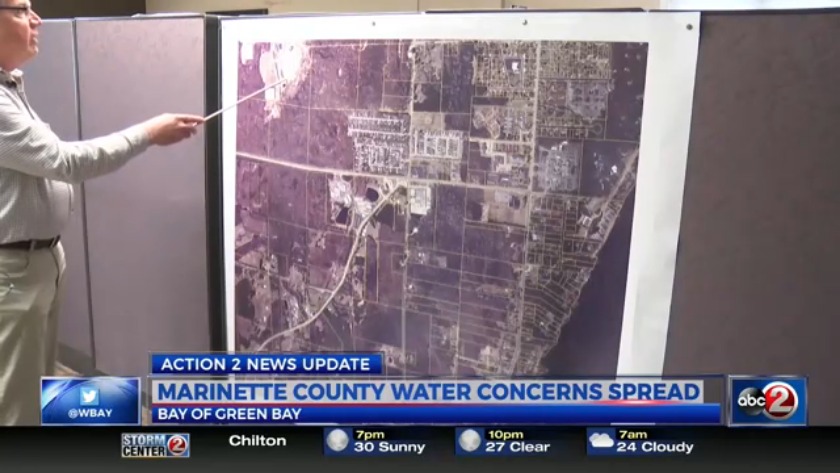 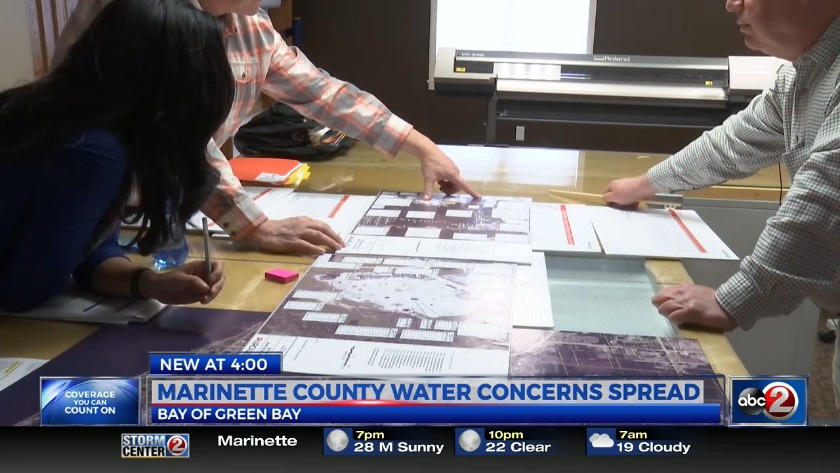 GREEN BAY, Wis. (WBAY) - There is growing concern chemicals contaminating private wells in Marinette County may be seeping into the Bay of Green Bay. We've been reporting on the issue since January.

Tyco/Johnson Controls is investigating compounds from fire-fighting foam in nine private wells near a testing facility in the Town of Peshtigo.

The compounds in question are no longer used or tested at Tyco but the investigation has shown there may still be some leftover in the ground, and now there are concerns the Bay of Green Bay could be at risk.

We first spoke to Jeff Lamont at the end of January. He's a professional hydrogeologist and one of several people living with a contaminated well. He thinks the Bay of Green Bay is at risk for the same toxic PFOs and PFOAs found in his well.

“I've always suspected that based on where they found this that it's entering the bay. In my neighborhood up there, I have a friend, a neighbor that is literally right on the bay, within 50 feet, the house, and they have it at 37 parts per trillions,” said Lamont.

Two weeks ago Tyco submitted a long-term work plan on ways to tackle the issue with more testing but not for the bay specifically.

Lamont, as an expert and someone affected, responded with his own comments to the DNR and others playing a part in the investigation.

“One of them being, I think they need to be sampling the drainage way ditches closest to the bay, because they are lower in elevation and most likely they're gaining streams, so we have groundwater discharging to those streams that would give an indication whether those streams that are right at the mouth of Green Bay, whether there's contamination,” said Lamont.

The DNR, along with Tyco/Johnson Controls, said "there is no data yet to support any theories that these compounds are in the waters of Green Bay."

The DNR states the next step is to approve Tyco's work plan. Either way, Lamont and others affected say they will keep a close eye on the investigation.