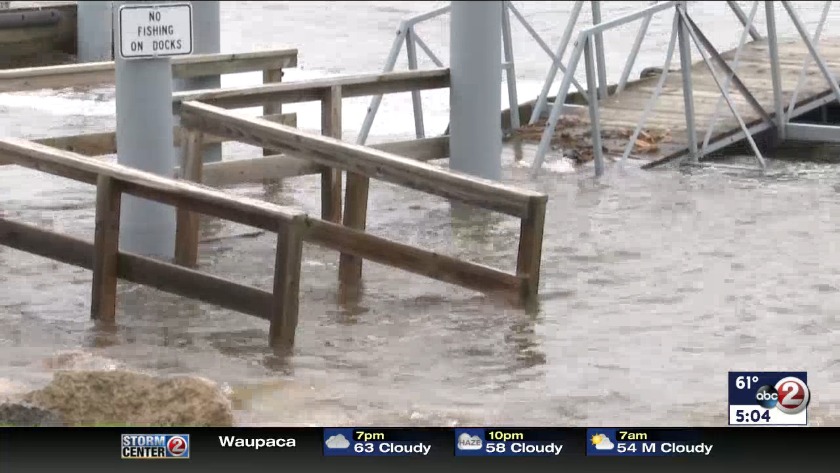 WATCH: Why local rivers are overflowing 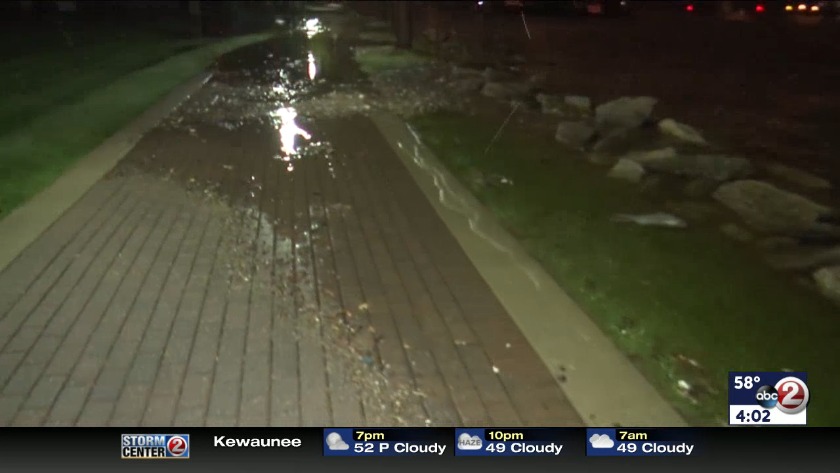 "For the month of May, Lake Michigan is about 1.5 or 1.75 inches under the May record,” said Jeff Last, warning coordination meteorologist with the National Weather Service.

Last said the lake’s high water level has a domino effect on the lake’s tributaries, which include the Fox River and East River. If you toss in a strong Northeast wind, Last said the impact trickles down.

"Lake Michigan is at a near record high for May and that is reducing the flow of the Fox River into the Bay of Green Bay (Lake Michigan) which is keeping the river levels higher than normal,” said Last. "So any time we get a strong Northeast wind, it reduces the flow of the rivers into the bay, which exacerbates any flooding concerns when we get heavy rain.”

For example, take the night before the Cellcom Green Bay Marathon. Despite relatively little rain, low lying areas flooded, forcing the full-marathon to be canceled.

“You don’t have to have a lot of precipitation with high lake levels to have the Fox River, East River and Duck Creek flood because of the strong Northeast winds which prevents the normal flow of water into the bay,” said Last.

With more rain forecast later this week, the water levels are likely to remain in place, making flooding along the rivers a possibility again.

“Certainly we have had an extended period of high levels which makes clean up difficult in areas that were flooded and with future flooding we will see that perhaps up through the next few weeks,” said Last.