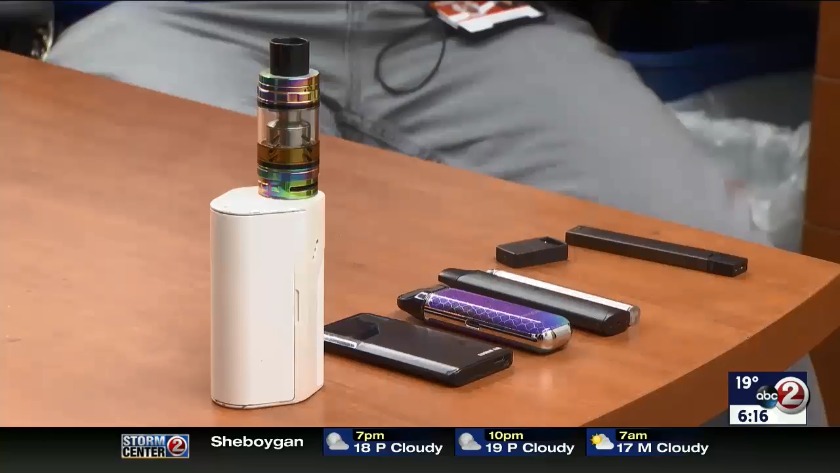 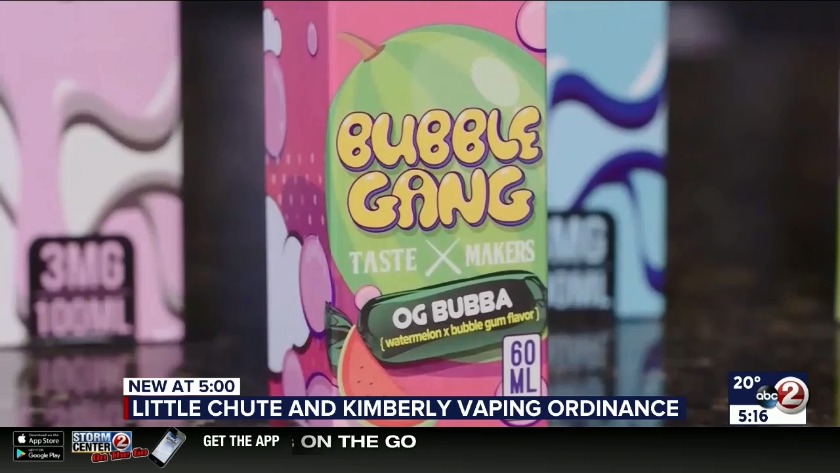 The ordinance applies to people under the age of 18. It makes it illegal to even carry the electronic devices--including ones that don't contain nicotine.

The fine is the same as possession of tobacco: $92.50 for a first offense.

Kimberly High School Resource Officer Duane Dissen says after talking with students, it's estimated 70 percent of their classmates have tried vaping and maybe 30 to 40 percent of teens still vape.

With vaping growing in popularity because of the false assumption it's not as harmful as cigarette smoking, Dissen wants to use this ordinance to educate teens more than punish them.

"The fine might be a deterrent, it might not, but at the rate things are going and the way it's taking over cigarette smoking, I can't tell you the last time I confiscated a pack of cigarettes yet I have a whole drawer full of e-vape devices that were confiscated in the last few months," Officer Dissen said.

"In the past, the law said they could purchase. I'm sorry, they could possess it but not purchase it, which makes no sense. They shouldn't have it altogether," Dissen said.

Kids caught with these devices will now be fined more than $90.

"There have been plenty of warnings. We've said, hey, this is in the works, now I can't give you a ticket but next time I will. So they knew it's coming. At this point it's going to happen," adds Dissen.

The U.S. Surgeon General has called E-cigarette use among young people a "public health epidemic." Click here for more health information on vaping.

Some of the products contain high levels of nicotine, which is highly addictive.

"I think we would be surprised with the number of kids that are vaping because they don't view it as being bad, it's not like cigarettes. The trouble is, most of them may not know how much nicotine they're getting and how highly addictive it is especially on a growing brain, which is of great concern," says Eric Adams. He's a physician assistant with Bellin Health.

As the popularity of vaping has grown, so has Adams' concern, which is why he's addressing the issue earlier and earlier with patients and their parents.

"I'm talking a lot with parents saying, let's watch out for some of these signs, and now is the time we need to start having these conversations with kids. I'm starting that around 10 to 12," says Adams.

Other communities in Wisconsin have banned young people from having electronic vaping devices. Neenah passed a similar ordinance last September. Kaukauna has one, too.