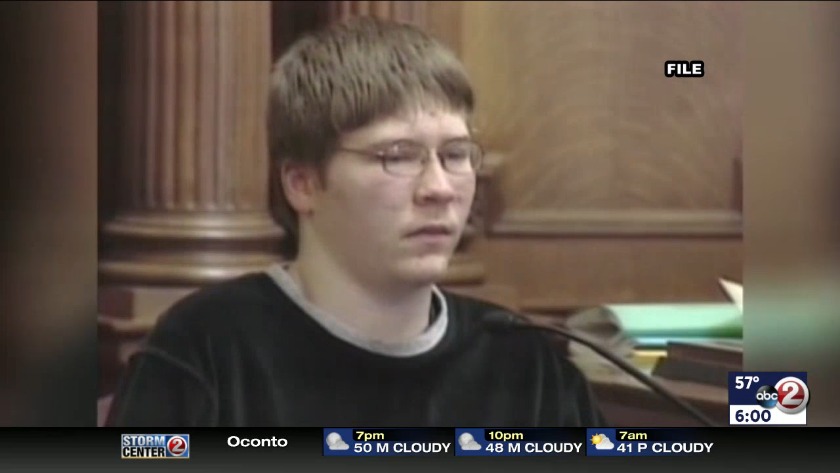 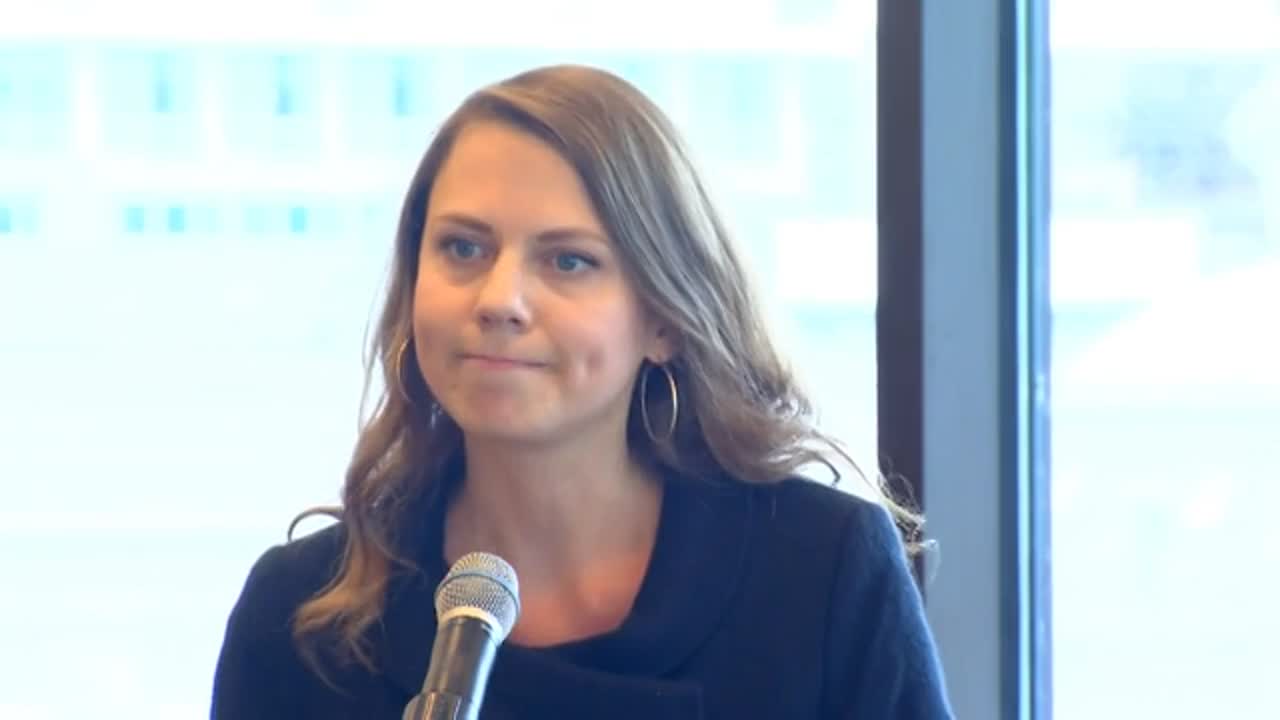 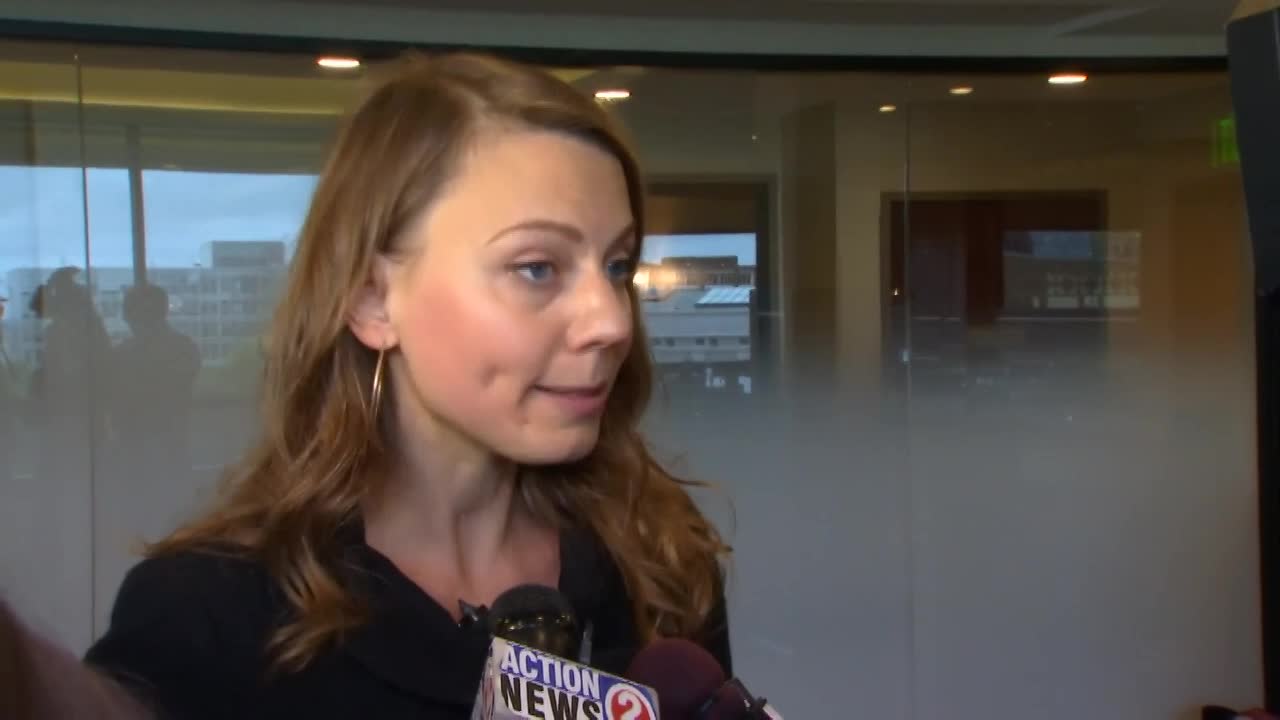 WISCONSIN (WBAY) - Kim Kardashian West, who has millions of social media followers and massive influence, has advocated for Wisconsin's governor to grant clemency to Brendan Dassey.

West tweeted about the Dassey case to her 62 million Twitter followers. She directly asked Wisconsin Gov. Tony Evers to read Dassey's handwritten letter asking to be released from prison.

She also encouraged her followers to listen to the Wrongful Conviction podcast that features Dassey's first interview.

Kardashian has made prison reform one of her chief causes. Her influence has helped several inmates get their sentences reduced. Famously, she convinced President Donald Trump to commute the sentence of Alice Marie Johnson. Johnson had served 21 years for a non-violent drug offense.

On Wednesday, the Dassey defense team asked Wisconsin Gov. Tony Evers for two forms of relief--either a pardon or a commutation. A commutation would shorten Dassey's life sentence.

CLICK HERE to read the full Dassey Petition for Clemency.

"In his quiet, peaceful, hopeful way, Brendan has now served more than 13 years behind bars with no chance of parole until 2048. The courts have been unable to deliver justice for him. We now ask Gov. Evers to deliver that justice and bring Brendan home," says Dassey attorney Laura Nirider.

The case made headlines in Northeast Wisconsin 14 years ago, and has since garnered international attention with two season of the Netflix docu-series Making A Murderer.

On Oct. 31, 2005, freelance photographer Teresa Halbach disappeared after a trip to photograph a vehicle at the Avery Salvage Yard in Manitowoc County. Investigators say they found Halbach's remains in a burn pit on the Avery property. Steven Avery and his nephew, Brendan Dassey, were arrested and charged with Halbach's murder.

In 2007, a jury found Dassey guilty of 1st Degree Intentional Homicide. He was sentenced to life in prison with a chance at parole in 2048. One of the key elements of the prosecution's case was a confession Dassey gave to detectives. Dassey's current legal team and critics claim Dassey's confession was coerced.

Dassey was 16 at the time of the killing of Teresa Halbach. His attorneys argue investigators used improper techniques while interrogating a juvenile with a low IQ. They say investigators made false promises to Dassey that he'd be released if he told them about the killing.

Dassey attorney Steven Drizin says the Dassey confession tapes show evidence of police coercion that included "tactics that can be toxic and can produce false confessions."

"They pounded him with a steady drum beat of promises of leniency, saying he had nothing to worry about, everything was going to be OK, it was going to be alright. They'd stand by him, they'd be in his corner, they'd go to bat for him, they weren't going to leave him high and dry," says Drizin. "They lied over and over again about evidence, telling Brendan they already knew what happened when in fact they didn't."

No physical evidence tied Dassey to the murder. Dassey's attorneys believe he falsely confessed to being part of the crime.

"Not a single piece of evidence tied Brendan to this crime. No DNA, no blood, no hair, no fingerprints, nothing. Not in the [Teresa Halbach's] RAV 4, not in the [Steven Avery's] trailer, not in the garage, not in the burn pit, nowhere," says Drizin. "True confessors don't need help with their narratives."

Dassey was nearly released from prison after a federal magistrate overturned his conviction in August 2016. Judge William E. Duffin said repeated false promises by detectives, when considered with other factors like Dassey's age, intellectual deficits and the absence of a supportive adult, led him to determine that Dassey's confession was involuntary under the U.S. Constitution.

The state appealed the federal judge's ruling. Eventually, the case landed at the highest court in the land--the United States Supreme Court. The justices declined to hear Dassey's argument.

"Brendan Dassey was a sixteen-year-old, intellectually disabled child when he was taken from his school and subjected to a uniquely and profoundly flawed legal process. That process rightly sought justice for Teresa Halbach, but it wrongly took a confused child’s freedom in payment for her loss. Such a debt can never be justly repaid with the currency of innocence," reads the clemency petition.

In April, Dassey sent a letter to Gov. Evers asking to go home. CLICK HERE to read the full letter.

"I am writing to ask for a pardon because I am innocent and want to go home. If I would get to go home, I would like to get a job involving video games. I would like to help take care of my mom and one day have a son and a daughter of my own," Dassey writes. "I would name my daughter Grace and my son Mizar which is the name of a star in the big dipper."

Nirider says Dassey penned the letter himself without the help from his attorneys. "Those are Brendan's words. We did not tell him what to say, we did not suggest what to say--I think we've had quite enough of that in this case," says Nirider. "That's who Brendan Dassey is. He tells Gov. Evers the Pokemon characters he likes. He tells Gov. Evers what his favorite numbers are, what his favorite time of day is. What foods he likes to eat best. It's the kind of letter you'd see a nine-or-10-year-old child write. And it perfectly encapsulates the gentle, childlike man that Brendan Dassey is."

The governor's office provided a brief statement, "Our office received these materials today. We give every pardon application careful review and consideration."

Action 2 News sat down with Wisconsin Attorney General Josh Kaul and asked him about the case. He says he's confident the governor's office will look at the facts and "make an appropriate judgment.

"Governor Evers created a pardon board. There had been no pardons issued under the prior governor and I'm not surprised that people are using that process to petition for relief, and I think the process will be one that is fair and we will see how it unfolds," says Kaul.

Dassey's uncle, Steven Avery, was also convicted of 1st Degree Intentional Homicide in the Halbach murder. He continues to appeal his conviction. CLICK HERE for the latest developments.

"If there's some action or movement in Steven Avery's case--we're watching that very closely of course and we'll take appropriate actions at this time--but we don't think we need to wait for that in this case. We know everything we need to know about Brendan's case to be confident in his innocence and to be confident in the need to bring him home," says Nirider.