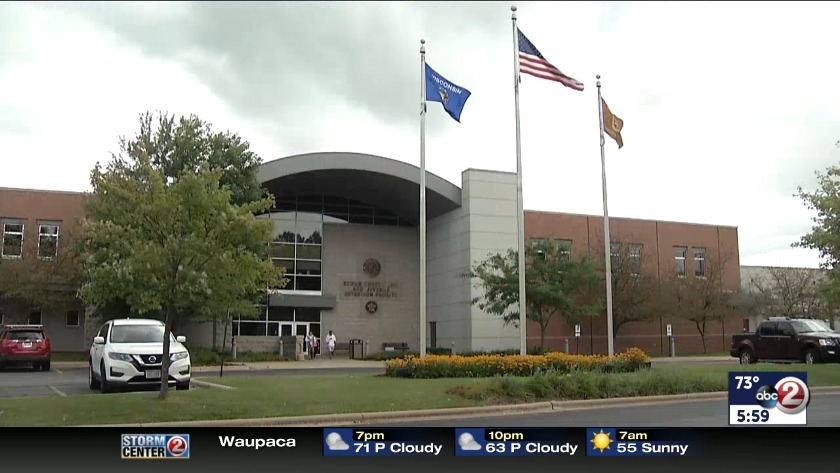 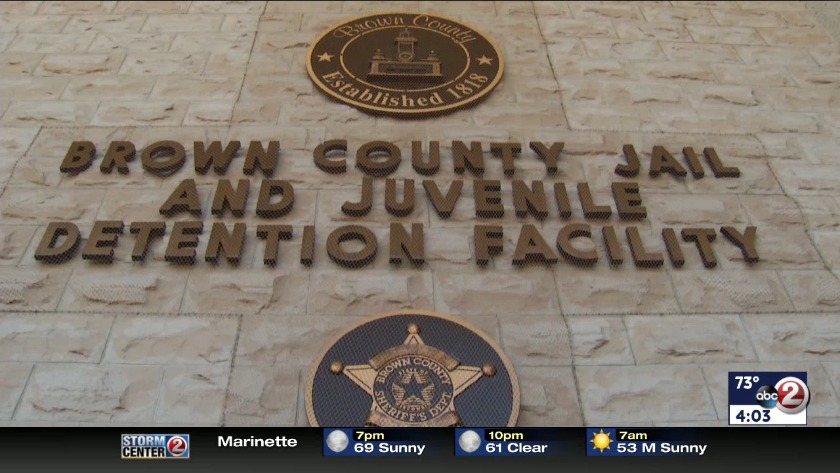 BROWN COUNTY, Wis. (WBAY) Overcrowding at the Brown County Jail is forcing dozens of inmates to be sent to other counties -- some more than 100 miles away.

And it's costing taxpayers.

Brown County has paid other counties $73,260 from January through July this year -- and still counting -- to house inmates in jails that have open beds.

On any given day in July and August, you'll find a steady stream of inmates transported out of Brown County.

Wednesday, 66 were being housed somewhere else.

Five were in Green Lake County, 10 in Outagamie County, 13 in Marquette County, and more than three dozen were in Oconto County's jail.

"Right now they have 38, and they're not able to take anymore," says Brown County Sheriff Todd Delain, who's already looking for other counties to send inmates in the coming days.

Delain has watched those numbers rise since July first, when the jail began seeing overcrowding and moved the first 10 inmates out.

"It's up, it's down, but the consistent part about it is we've been at or over capacity for a significant period of time, several years," explains Delain. "For the last, at least two years, it has been very significantly debated and talked about -- creating different programs, trying other crimes to reduce the jail population. In some areas it probably has, but not the degree that it's eased our population that we're even to a point where we're not shipping out."

Delain points to inmates who have multiple cases going through court, and to more severe crimes where low cash bonds or even electronic monitoring are not options, meaning people stay in jail longer.

"We really don't see cases anymore that come through the courts where it's a minor offense and they're being held. That does not happen," he says.

Other reasons for overcrowding? There's the complexity of cases, with huge amounts of evidence law enforcement didn't used to get, thanks to technology or other investigative tools, that's handed over to prosecutors and defense attorneys in one big pile.

"It takes the district attorney's office time to go through it, maybe having law enforcement better explain it to them what's really in front of them, and then all that information, that discovery, goes to the defense," explains Delain. "Then they have to have appropriate time to analyze it and understand it and determine, do they have a defense to the allegations? So that takes time, and that time slows things down."

There's also the more than 50 people arrested in a big drug investigation this summer, on top of what the sheriff says are more serious drug cases with higher rates of people reoffending.

These are all things Delain doesn't see changing enough to eliminate relocating inmates unless the jail is expanded.

After years of discussion, he says the one remaining major hurdle in expanding the jail is county board approval of the capital improvement plan for the $14 million expansion. That vote should come in November.

If current plans remain on track, the 128 new beds -- that the sheriff says he could fill halfway today -- would open in July of 2021.

"Nobody wants to have to build a jail. However, we also have a job to do, and that's to ensure we're keeping the community safe," he adds.

CP is expanding its childcare program to Howard

CP is expanding its childcare program to Howard