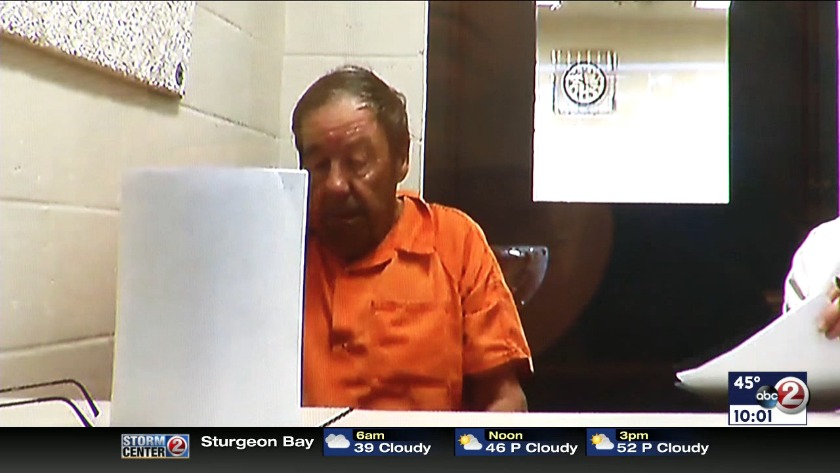 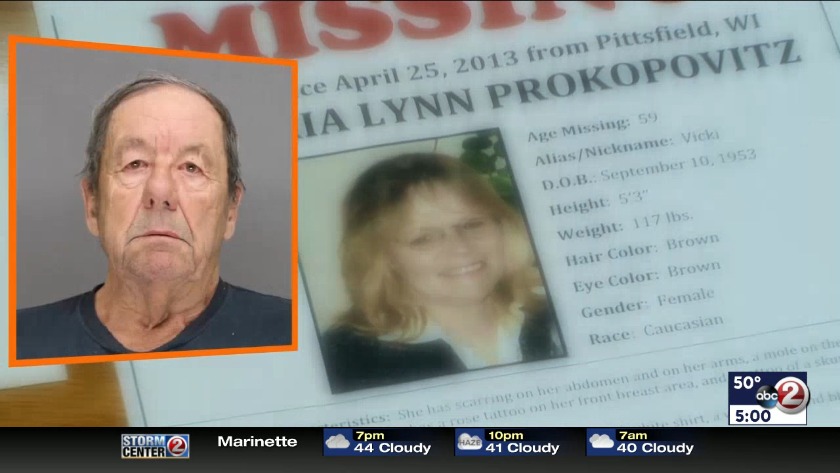 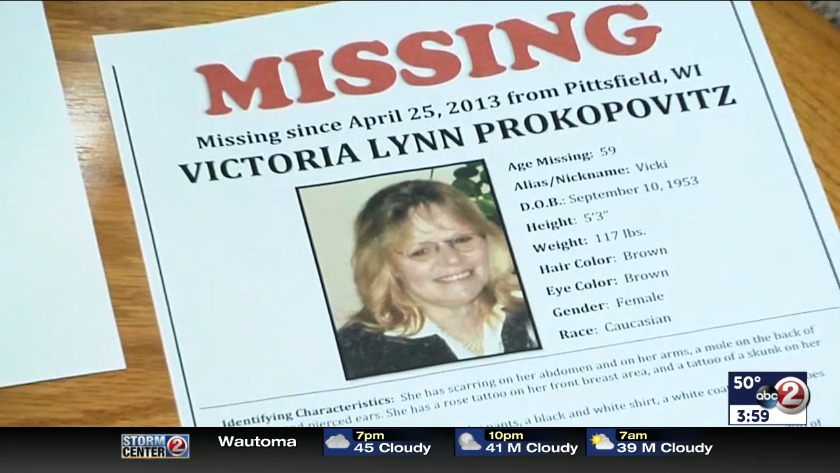 BROWN COUNTY, Wis. (WBAY) - A judge has ordered a $2 million cash bond for a Brown County man arrested on charges related to the death of his missing wife.

Victoria Prokopovitz has been missing since April 25, 2013. She disappeared from their home on Kunesh Road in Pittsfield, leaving behind her cell phone, purse and identification. Her husband, James Prokopovitz, reported her missing the next day.

On Wednesday, Mr. Prokopovitz, 73, was arrested on charges of 1st Degree Intentional Homicide and Perjury. He made his first appearance before a Brown County judge Thursday.

Mr. Prokopovitz's girlfriend, Kathryn Friday, was also arrested Wednesday on charges of Perjury and Obstructing an Officer. A judge set her bond at $25,000 bond at Thursday's hearing.

Even though Victoria Prokopovitz's body has not been recovered, the judge says the evidence prosecutors have against her husband are serious enough to set a high cash bond. He does not qualify for a public defender.

In court, he showed little emotion but oftentimes shook his head or put it down.

Prosecutors believe he's committed a number of felonies and had a motive for his wife's disappearance. They say he benefited monetarily and in other ways.

Prosecutors claim at one point Mr. Prokopovitz revealed to investigators he killed his wife but then took back what he said.

Prosecutors also claim Mr. Prokopovitz and his girlfriend conspired together to try to mislead investigators.

Prosecutors revealed in court Thursday that they held a John Doe hearing with James Prokopovitz and Kathryn Friday Wednesday, and both suspects admitted that they had lied. Under Wisconsin law, perjury is defined as when someone under oath makes a false statement which the person does not believe to be true.

"When he was arrested and taken, he then gave a statement down at the police department to the two primary investigators and now, after that, he then states that he and Kathy were in a conspiracy to keep their stories straight and lie and had discussed and spoken about it even on the way to the courthouse that morning about how they were going to lie about information relative to the proceeding," prosecutor Wendy Lemkuil said.

In 2015, Action 2 News obtained an unsealed search warrant and learned that state and local authorities searched the home Victoria Prokopovitz rented with James. In order to receive legal permission to search the property on Kunesh Road, investigators had to lay out their case in the search warrant. The final page spells out clearly that authorities believe "... there is a reasonable inference that Victoria Prokopovitz... is a victim of foul play such as homicide and/or kidnapping."

In the warrant, a family member described the relationship between James and Victoria as "up and down." The family member said that Mr. Prokopovitz was "physically and verbally abusive."

The warrant said investigators seized 38 items from the search, including computers, hard drives, and swabs of blood.

Mr. Prokopovitz told investigators that he had started seeing Friday about a month after Victoria's disappearance. He said that he and Kathy "talk about this all the time."

Four years ago, Action 2 News reporter Sarah Thomsen spoke with James Prokopovitz on the phone. At that time, he told us he would have let investigators in without a warrant but wouldn't say anything further.

"Over 100 people were interviewed and extensive searches were conducted," says the Brown County Sheriff's Office.

Charges have been forwarded to the Brown County District Attorney's Office.

Prosecutors say there are more than 25 witnesses prepared to testify. The judge gave prosecutors about two weeks -- until May 22 -- to file the criminal complaints.

The court has sealed the probable cause affidavit.

Action 2 News has been reporting on the disappearance of Victoria Prokopovitz since she went missing in 2013. Victoria's daughter, Marsha, has become a voice for families of missing people. Each April, Marsha Loritz holds a missing person awareness event. She's also behind the non-profit Wisconsin Missing Persons Advocacy, Inc.