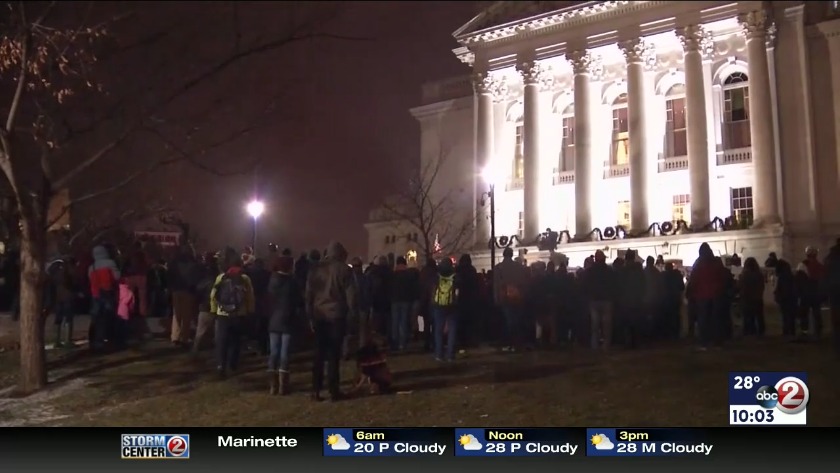 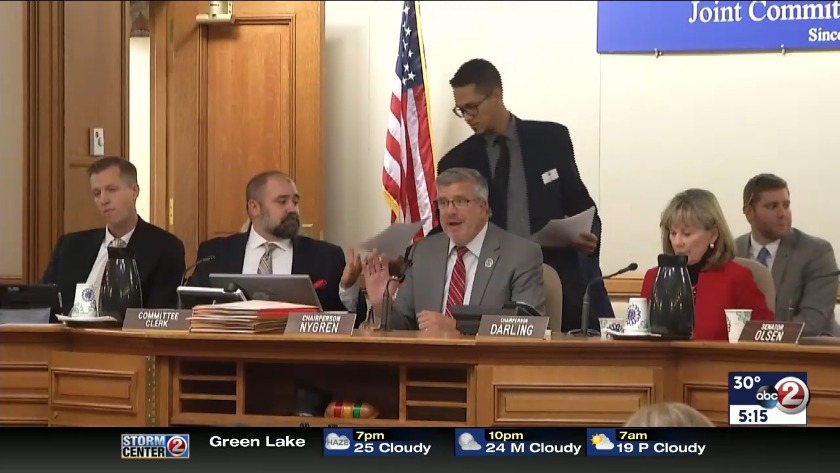 MADISON, Wis. (WBAY) - Hundreds of people rallied outside the state Capitol Monday evening during the Joint Finance Committee hearing to protest bills being considered in the lame duck session.

Protesters were seen inside the Capitol's hallways earlier Monday during the session, chanting "Respect our votes" and "Let us in." Many were growing frustrated to be allowed inside hearing rooms, which were at capacity. Overflow rooms also filled up during the session, some with standing-room only.

Some people were kicked out for disrupting the activities.

A "Respect My Vote" rally at 5:30 p.m. brought hundreds of protesters from around the state to the steps of the Capitol, including Secretary of State Doug La Follette, a Democrat, who says the claims are a "desperate effort" by Republicans after losing statewide offices.

"After eight years of their shenanigans and their destruction of our wonderful state in many areas, they have this last-minute, desperate effort to stop the newly elected governor and the newly elected attorney general of doing the jobs they were elected to," La Follette said.

The rally's Facebook event page says nearly 500 people planned on attending and more than 1,100 were interested in making an appearance.

Many at the rally expressed outrage over the proposed bills and showed their disapproval by waving signs and chanting "This is what democracy looks like."

Protesters say the Republican party needs to accept the people of the Wisconsin's votes once and for all.

"I think we need to have a few courageous Republican senators to stand up and say this is wrong and to respect the will of the people in voting in a new governor and a new attorney general, and not try to strip their powers away in such an un-democratic fashion," rally-goer Bob Dreps expressed.

Some just want the legislature and executive branches to work together.

"I wish that the Republican legislators would listen to what happened on November 6th and the people of Wisconsin and every statewide election office who voted for Democrats, and we want them to work together," rally-goer Betty Koehl said.

Before La Follette left the podium during the rally, his message to the crowd was to get thousands of people to come back on Tuesday, when lawmakers might start voting on the bills, to take the Capitol back.