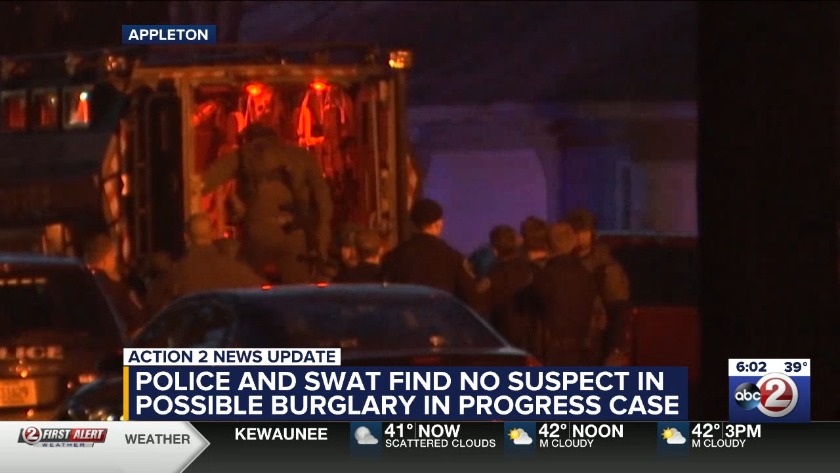 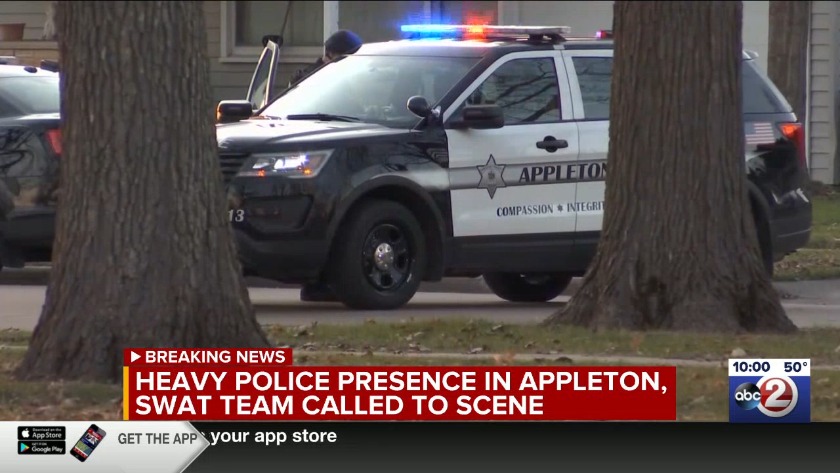 WATCH: Appleton officials called to home for report of burglary in progress

APPLETON, Wis. (WBAY) -- A report of a burglary at an Appleton home prompted a SWAT team response and robot and drone searches Wednesday evening.

Appleton Police say they were unable to find any potential suspects and they do not believe there is a threat to the community.

It started at about 6:17 p.m. Officers were called to a report of a burglary in progress at a home in the 1800 block of W. Packard St.

The homeowner reported damage inside the home and the sound of people "talking in the basement of the otherwise unoccupied home," according to Appleton Police.

The homeowner left the residence and called 911.

The Appleton SWAT team responded to help clear the home.

"After an extensive search, utilizing robot and drone technology, no suspects were located inside of the residence," reads a statement from Appleton Police.

Police say they will continue to investigate the case, but they don't believe there is a threat in the area.

Nearly a dozen squad cars and a SWAT team vehicle can be seen in a neighborhood on what police describe is on Appleton's northwest side for an alleged burglary in progress.

According to Appleton Police, they were called to a home on the 1800 block of W. Packard St. around 6:17 p.m. for a possible burglary in progress.

Police say the caller who reported the incident was the homeowner, who stated when they came home, there were things inside out of place, and that they could hear voices coming from the lower level of the home.

The homeowner then left the home and called 911.

Officials say based on information they received from the call, they deployed the SWAT team.

SWAT members used a robot to go through the home, and based on the information they received, believe at least one suspect is still inside.

Information about the suspect inside wasn't provided to WBAY.

Police added a home adjacent to the scene was also cleared to make sure neighbors were safe to be there.

Nearly a dozen squad cars have been spotted on West Packard Street between Linwood Avenue and Douglas Street.

Earlier in the evening, squads with the Grand Chute Police Department were also in the area, however those vehicles left shortly after our crew arrived on scene.

This is a developing story, and we will continue to add more details as they become available.

Appleton SWAT team cleared a residence on W. Packard Street using robot and drone technology. No suspects were located as a result of the search. There is no immediate known threat in the area. The burglary investigation will be ongoing. pic.twitter.com/5TJ8N7ggZq