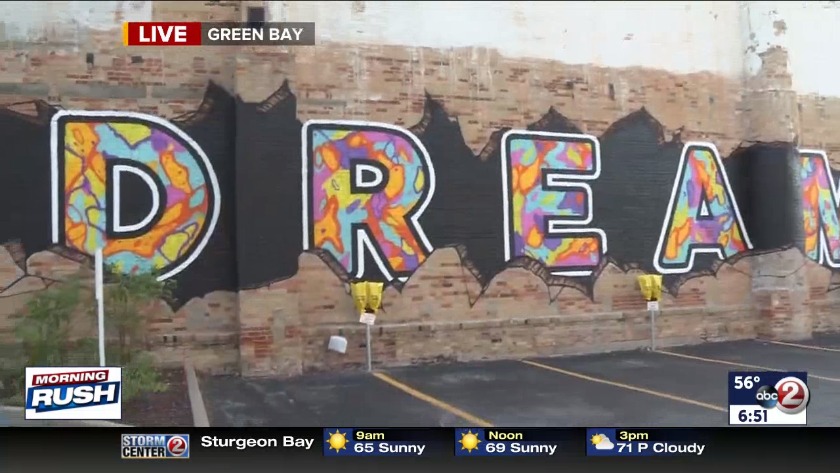 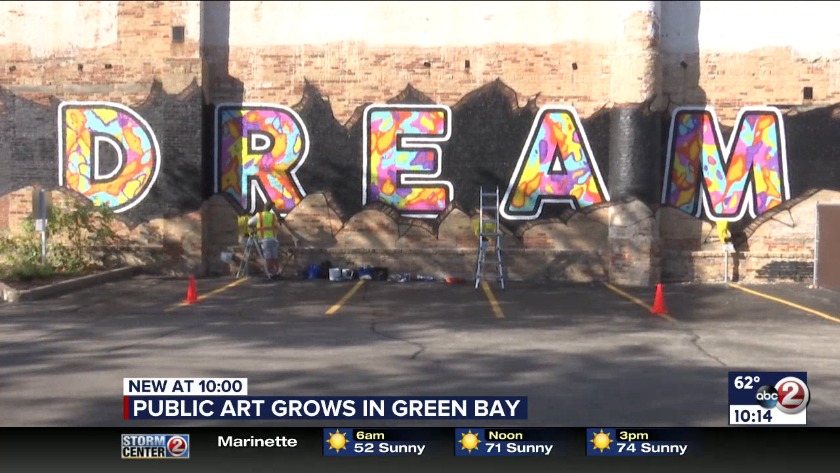 More murals like this one are catching people's eye in Green Bay. Mural by Ally Wilber.

As the Green Bay Public Arts Commission continues to gain traction, so do displays of public art in the community.

The “DREAM” mural is the latest one to pop up in the Broadway district.

“I think it adds life, anytime you've got a wall I see that as a canvas. I want to fill it with energy and line and shape,” said Beau Thomas, the mural artist.

That's what city leaders hoped would happen with the formation of the Public Arts Commission about two and half years ago, and adding a public arts coordinator shortly after the commission was formed.

“It's growing compared to when we first started out. It was kind of begging artists to jump at these opportunities,” said Laura Schley, the public arts coordinator.

Some of those opportunities artists have now have access to include the rotating art program and annual grant program which helped fund the “DREAM” mural.

“We've definitely been able to improve the public art that we have, in the first two years we've helped put up about 21 pieces of public art,” said Schley.

Green Bay natives and visitors can expect to see more.

“We're going to be selecting artwork for our bus shelter project and we're in the process of our sidewalk poetry program which is going to be imprinting local poems into cement sidewalks throughout the city,” said Schley.

While the art work around the city is easy on the eyes, it's not bad for the economy either.

Arts Wisconsin says the arts generate about $9 billion annually for the state.

“Communities that are successful are those that really value art, they're interesting communities, vibrant communities, culturally open communities and that's the kind of community i think a lot of folks here want to see established,” said Mayor, Eric Genrich.

A public unveiling of the “Dream” mural will be held on Wednesday at 5 p.m. during the Farmer’s Market on Broadway.

The mural is part of a No Limits campaign by CP, ASPIRO, and Curative Connections, to bring awareness to people with disabilities.