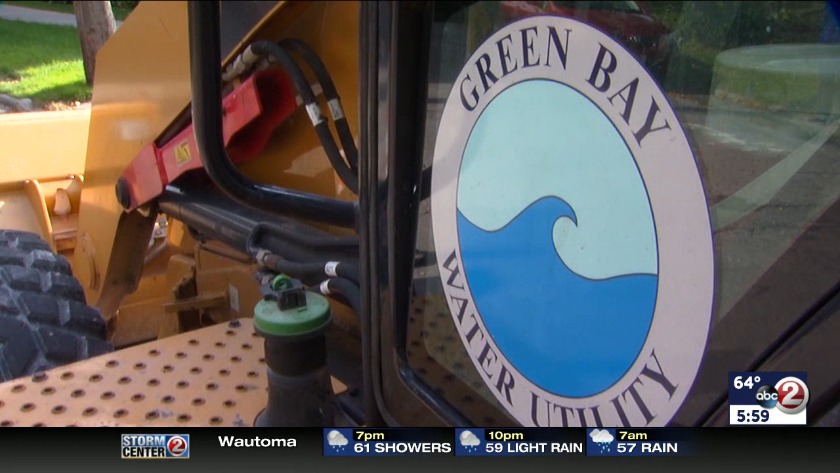 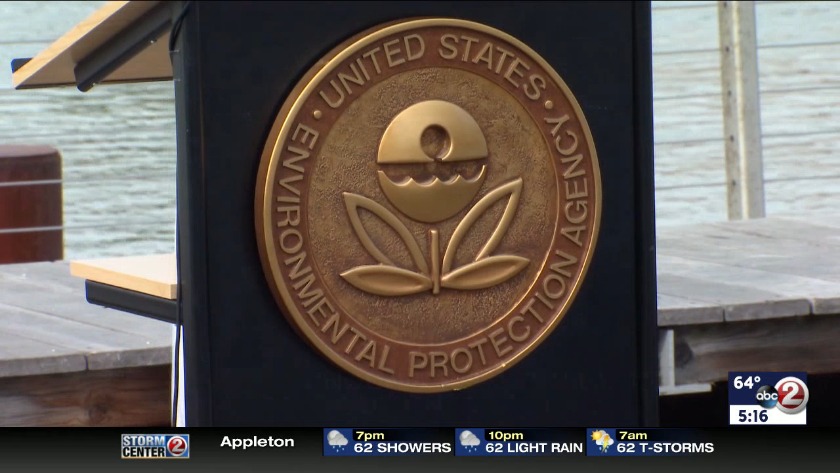 With the Fox River in the background, Wheeler announced a multi-level "proactive and holistic approach" to address lead in drinking water across the country.

"We know a lot more than we did in the 90s about the impact of lead in drinking water, and especially the impact on children," said Wheeler.

The federal government says Green Bay was chosen for its innovative approach to combating lead in drinking water.

"Our job is to replicate what Green Bay has done," said U.S. EPA Assistant Administrator for Water Dave Ross.

Green Bay Water Utility says it is closing in on its goal of replacing all lead pipes in the city by the end of 2020. The city invested about $9 million in lead service replacement.

“Today, the Trump Administration is delivering on its commitment to ensure all Americans have access to clean drinking water by proposing the first major overhaul of the Lead and Copper Rule in over two decades,” said EPA Administrator Wheeler.

Action 2 News was at the news conference and will have coverage tonight.

Here are the six-parts to the EPA Lead and Copper Rule overhaul:

3) Replacing lead service lines by requiring water systems to replace the water system-owned portion of an LSL when a customer chooses to replace their portion of the line. Additionally, depending on their level above the trigger level, systems would be required take LSL replacement actions, as described below.

5) Improving risk communication to customers by requiring water systems to notify customers within 24 hours if a sample collected in their home is above 15 ppb. Water systems will also be required to conduct regular outreach to the homeowners with LSLs.

The EPA is taking public comment on the updated Lead and Copper Rule. CLICK HERE to add your comments.

"In 2012, we exceeded the action level for lead in our system, and we quickly looked to find what was causing the action," says Quirk. "We contracted with scientists and engineers to study our system and recommend actions that would reduce our lead levels."

Quirk says the flushing started in 2014 on 440 miles of water main. It took two years to complete.

The city added transmission lines of 70 miles out to Lake Michigan in 2018. That's the same year the city came back into compliance with Lead and Copper Rule.

The Wisconsin Public Interest Research Group criticized the EPA's announcement saying it "lacks the bold action necessary to ensure safe drinking water for all Americans as soon as possible."

The group is critical the plan's lack of requirement to get lead out of schools. WISPIRG says the warning threshold for lead of 10 parts per billion is a "step in the right direction" but not near the 1 ppb limit recommended by doctors for schools.

“As proposed, the EPA’s long-awaited update to the Lead and Copper Rule falls far short of the decisive action needed to get the lead out of our drinking water,” said Megan Severson, Wisconsin Environment State Director. “And in a few critical provisions, the proposed rule could even take us backwards. State and local leaders shouldn’t wait for the EPA to solve this problem - we need action now to get the lead out.”

EPA leaders in Green Bay today announcing a major revision to the lead and copper rule. They also got to see a water line replacement. @greenbaywater @epagov #water

Today we got a look inside what will soon be the new Aurora BayCare Health Center in Kaukauna to see how it’s coming along. How many of you living in and around Kaukauna plan to get your medical care there once it’s open?