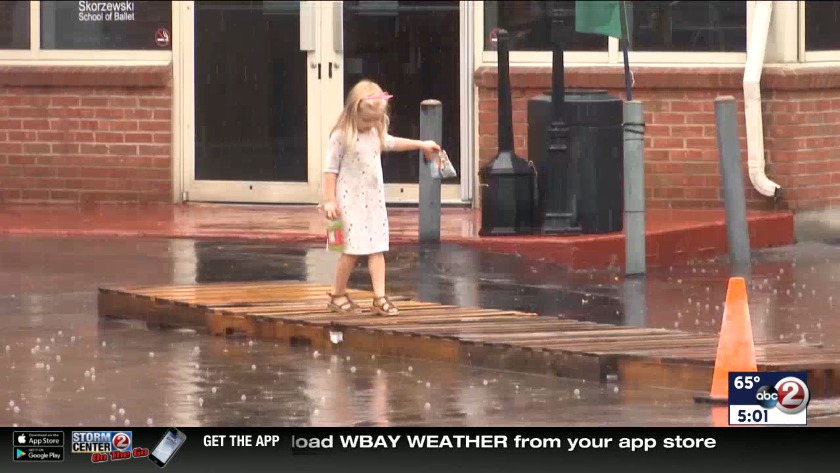 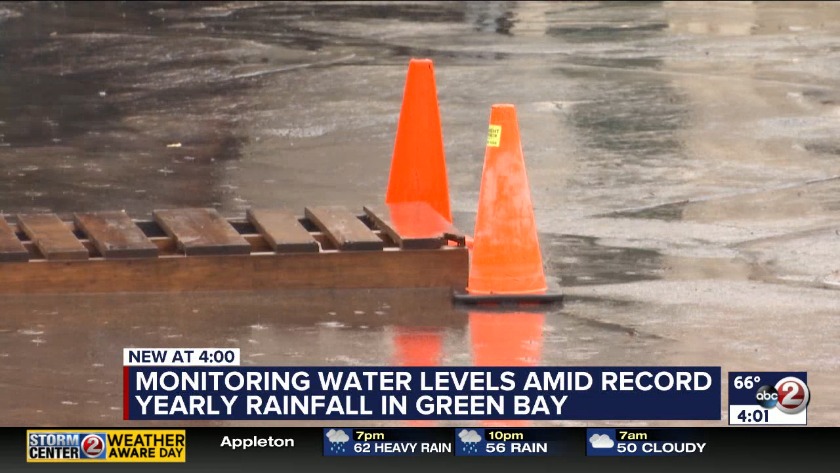 GREEN BAY, Wis. (WBAY) - It's officially the wettest year of all time in Green Bay.

At 3 p.m., the National Weather Service reported Green Bay had measured 0.55 inches of rain. That's enough to bring the year's precipitation total to 39.23 inches. That breaks 2018's record of 39.21 inches.

StormCenter 2 meteorologist David Ernst reported on Sept. 29 that the record would likely fall this week.

There's no rest from the rain. Several counties are under a FLASH FLOOD WATCH through Wednesday morning. Areas under the watch could see rainfall totals between 1 and 3 inches.

"Increasing northeast winds over the waters of Green Bay could cause water to back up on the Fox, East and Suamico Rivers, and on Duck Creek. Residents in these areas should be alert for flooding, mainly tonight into Wednesday morning," says the National Weather Service.

Track the rain with Pinpoint Predictor radar, forecasts and more on the StormCenter 2 On the Go app. It's free for iPhones and Androids. CLICK HERE to learn how to download the app.

People in areas that flooded during this wet yet were monitoring the rainfall Tuesday. Fortunately it was a steady rain instead of a rapid downpour that can overwhelm sewers and drainage systems.

We found a building that made a bridge out of pallets to help people get through ponding where a sump pump was underwater. Other than ponding there were no serious problems reported, which the City of Green Bay says is good news.

The city's parks and recreation department has been moving programs around all season due to flooded fields, and the weather patterns have changed how parks are maintained.

"We have to rethink a little bit on how much focus and effort we put into our fields," recreation superintendent James Andersen says. "So for instance, if we're playing adult league football, usually we can take a little more water on some of the grass fields that we can't on some of our infields for, say, softball, and when we reground field and do drainage, we have to design fields a little differently to accommodate more rain. It takes a little more time to make sure we're focused on doing those things."