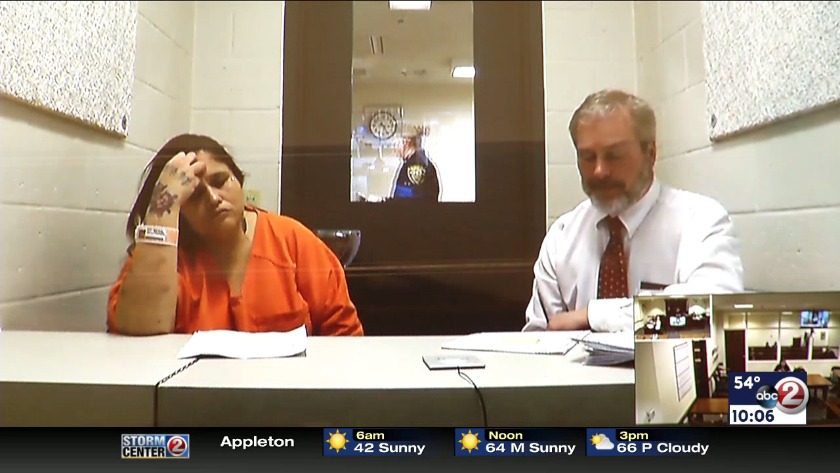 WATCH: Mom with kids in car charged with 3rd OWI 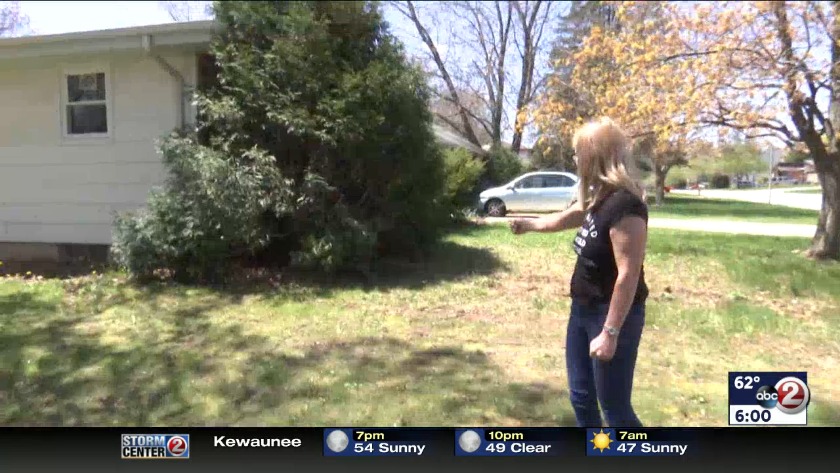 ASHWAUBENON, Wis. (WBAY) - A Green Bay mother was three times the legal limit to drive when she crashed her SUV with three children inside the vehicle, according to a criminal complaint obtained by Action 2 News.

Nine charges were filed against Monica Mencheski on Monday. The counts include Operating a Motor Vehicle While Intoxicated - 3rd Offense, with a Minor Child in the Vehicle.

Ashwaubenon Public Safety officers say children ages 5, 2, and 3 months were in her SUV.

The incident unfolded Friday, May 10, in the 1700 block of Cormier Road in Ashwaubenon. Debbie Coonen's garden and yard are now full of tire tracks.

Coonen described, "Landed in front of their duplex right there, then she put it in reverse, came back, hit the telephone pole down, and then from there she backed up again and hit this metal gazebo and vines that were there and almost went through the duplex here."

The criminal complaint states Mencheski, 32, was driving west on Cormier Rd and when she went off the road and into the yard of 1725 Cormier. She drove south between two homes, hit a tree and narrowly missed the house at 1735 Cormier Rd. She hit a utility pole, then went into reverse. As she was driving in reverse, she narrowly missed the home at 1725 Cormier Rd. Her SUV continued through the landscaping at the address and came to rest on a large rock.

The owner of the duplex where Mencheski's car got hung up on a rock says her son came out and stopped her before she could drive any farther.

"We didn’t know there were kids in the car, and he punched the window to get the keys out so that she would stop driving because he didn’t know where she was going from there," Debbie Coonen told us.

When officers arrived on scene, Mencheski and her children were inside a house.

"Monica had the appearance of being highly intoxicated," reads the criminal complaint. "Her speech was extremely slurred and a very strong odor of alcohol was coming from her as she yelled and screamed about her children."

Police say she was "uneasy on her feet" and almost fell down several times. She was placed in a squad car and "spent the next five minutes vomiting outside the squad," according to the complaint.

Police say Mencheski was unable to tell them the names or ages of the children. The kids were not hurt.

Mencheski agreed to a preliminary breath test which registered a 0.240 percent. The legal limit to drive in Wisconsin is 0.08 percent. She was taken to a hospital for a blood draw. Results are pending. Under Wisconsin law, penalties are increased depending on the BAC level.

Police also found a pipe in Mencheski's SUV and it tested positive for marijuana, according to the complaint.

Mencheski has an open case in Manitowoc County in which she's charged with Operating with Restricted Controlled Substance with a Minor in the Vehicle, among other counts. She was free on a $750 bond in that case. The conditions of her bond in Manitowoc County were "no alcohol/controlled substances" and "do not drive unless properly licensed."

Prosecutors told the court, "The State is concerned as she continues to put her young children in danger."

Bond set at $5,000 for Monica Mancheski after driving under the influence with her three kids in the car. Property damage to Ashwaubenon yard. pic.twitter.com/RUe3ahf6po